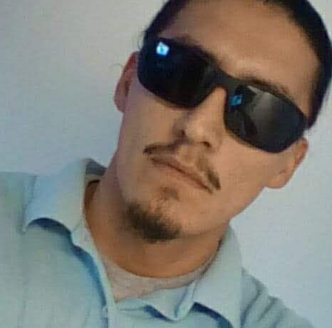 CASPER, Wyo.— Three Wyoming men were sentenced on Wednesday by a federal district court judge for their involvement in crimes related to the death of a Northern Arapaho man two years ago.

According to a statement released by the U.S. Attorney’s Office in Wyoming, “on the afternoon of August 4, 2019, the body of a Native American man was discovered lying face up on the bank of the Little Wind River, beneath the Sharp Nose Road Bridge on the Wind River Reservation near Arapahoe, Wyoming.

The victim’s hands were bound behind his back by an electrical cord and there was obvious trauma to his face and head. Upon close inspection, it was apparent the victim, while on the bridge, had been shot at close range in the back of the head before his body was dumped off of the bridge and onto the rocks below. The victim was later identified as Addison.

Seth Blackburn pleaded guilty to felony in possession of a firearm and first-degree murder. He was sentenced to 60 years imprisonment, followed by five years of supervised release.

All three offenders are jointly responsible for restitution in the amount of $4,946.

According the U.S. Attorney’s Office, Addison’s murder was the result of the defendants thinking he was responsible for death of Martika Spoonhunter. The 26-year old woman died in a single-vehicle rollover the day before Addison was taken from a residence on the Wind River Indian Reservation, bound and taken to a bridge where he was shot.  A FBI investigation into the circumstances of Spoonhunter’s death found no evidence to suggest that her death was anything other than a tragic accident.

"The sentences today should be a warning that anyone who takes matters into their own hands instead of relying on the justice system, will themselves be investigated and prosecuted. The subjects’ horrific and misguided vigilantism resulted in the assault, torture, and execution of an innocent individual in the name of revenge," said FBI Denver Special Agent in Charge Michael Schneider.

Addison practiced traditional tribal ceremony ways and participated in sundances. At the time of his passing he had entered into an electrician apprentice program.