Ayanna O’Kimosh rarely shies away from a challenge. When she was 4, she convinced her dad to let her run a 5K with her mom and older sister to raise funds for domestic violence survivors. “She told me, ‘No, I can do it, Dad,’ and, you know, she did,” Jerrit O’Kimosh, Ayanna’s dad, said. “She proved me wrong, totally proved me wrong.” 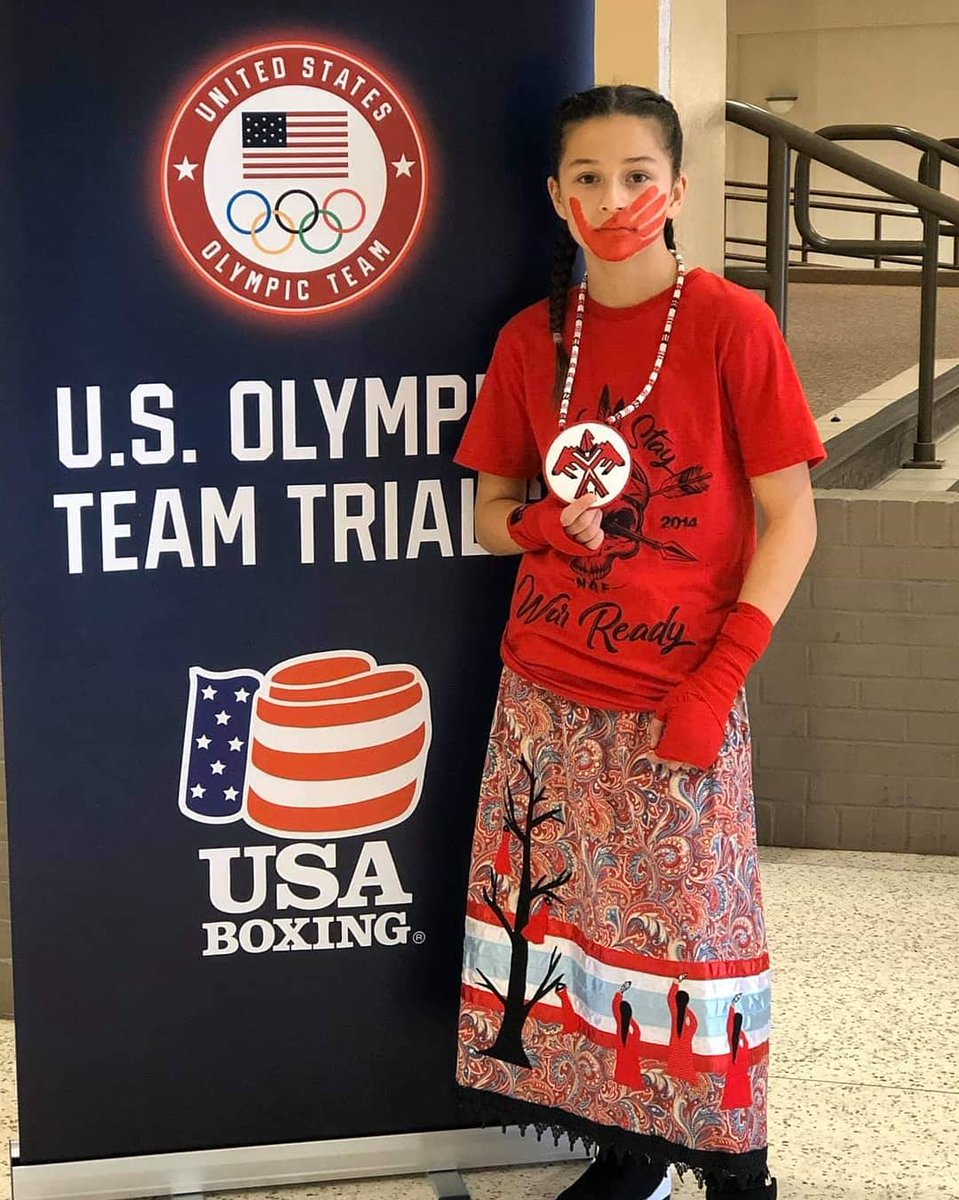 Five years later, when she was 9, she badgered her dad for months to let her check out the local boxing gym in rural Keshena, Wis., on the Menominee Indian Reservation. “It was kind of intriguing. I'd never been to this building and been all over Keshena… and I'd never been there, so I wanted to check it out,” said Ayanna, who is Menominee, Oneida and Arikara.

Although the Menominee Indian Boxing Club is a former gas station, Jerrit said it “looks like it should be condemned.” He eventually relented and let Ayanna join the club in December 2017.

Now, just three years later, Ayanna is a national boxing champion. Outside of the ring, Ayanna still fights — though for a different cause. She’s used the notoriety that comes with being a young fighting prodigy to cast a spotlight on the national crisis of Missing and Murdered Indigenous Women and Girls (MMIWG).

Jerrit was initially hesitant to let Ayanna in the ring. Though Jerrit’s father was a boxer, he didn’t let Jerrit follow in his footsteps, so he and his siblings took up wrestling instead. Jerrit came around, however, when his wife, Michelle Bailey, pointed out that they wanted to impart on Ayanna and her sisters that they can achieve anything they set their minds to. “Her mom actually changed my mind and told me, ‘We can be telling these girls that they can do whatever they want, and you won't let her try boxing,’” he said. 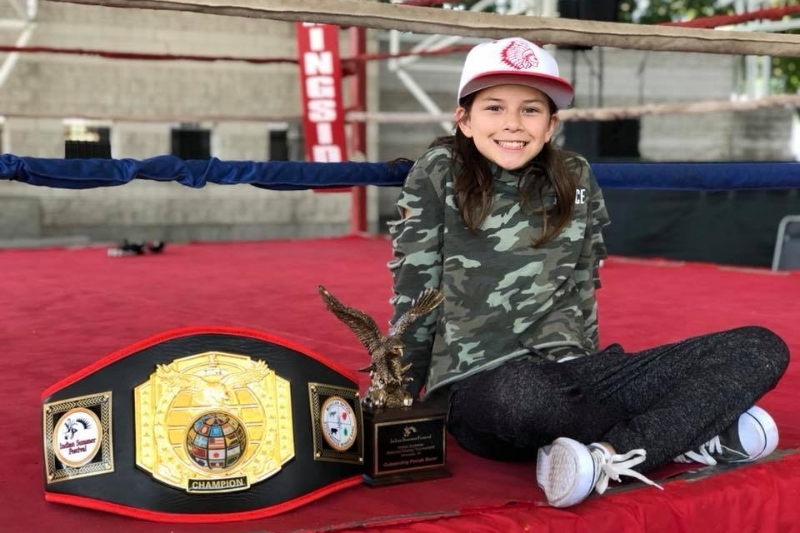 When Ayanna started boxing, she often cried when she got hit. Eventually, she learned to roll with the punches and improved rapidly. Her coach, Gerald Wayka Jr., said her athleticism, intelligence, humility, drive and familial support made her learn quickly. “It's rare to have a kid that comes into the gym and is so athletic,” he said. “She just developed into a good fighter, and has a good structure around her, the mother and father helping her have really, really, really (helped) her progression as a boxer.”

This familial support system is somewhat rare in Wayka’s gym, where many of the young boxers don’t have stable home lives. He hopes the gym serves as a free resource for kids to steer clear of drugs and alcohol and imbue them with confidence. “Hopefully I can help a kid (guide) themselves in life, remain a better person or (try) to break that cycle, to help them along,” he said. Particularly for the girls, all of whom joined the gym after seeing Ayanna’s success, Wayka hopes boxing will help them feel able to protect themselves, should they ever encounter a dangerous situation.

For Ayanna, she boxes to maintain a connection to the Native women and girls who have inspired and motivated her career. “I feel as though the spirits of those women and girls that have passed on and that have been murdered are there with me every time I fight, every time I work out,” she said. “They're pushing me and helping me with my journey, so I'm repaying them by fighting for their lives and telling their stories.”

Ayanna frequently shares stories of MMIWG on her social media pages and in interviews, and spreads the word when someone, somewhere, goes missing. The issue hit especially close to home when her mom’s cousin, 22-year-old Katelyn Kelley, went missing from the Menominee Reservation in June. Since then, Ayanna has increased her efforts, holding fundraisers to support organizations that help survivors of domestic violence. 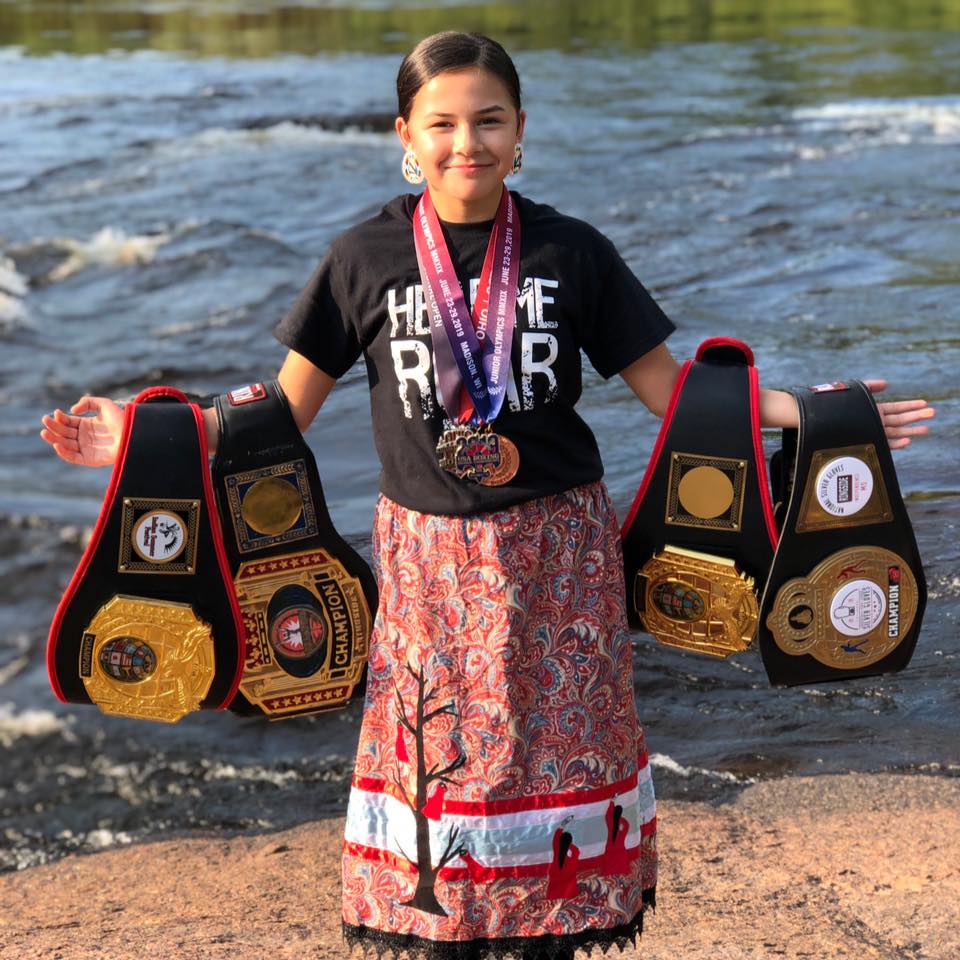 Ayanna’s efforts, combined with Wisconsin’s recently established Missing and Murdered Indigenous Women Task Force, have brought attention to the MMIWG epidemic, which affects an estimated 5,000 missing women and their families, but it won’t be an easy issue to solve. “There's either underreporting or misclassification of Indigenous women, miscommunication between systems, within data, that contribute to the problem,” said Kristin Welch, who is a member of the task force. “We know that data promotes policy and resources. If we're not represented in the data, it's not an issue that legislators want to get behind.”

Welch also cited a complicated legal system and some underperforming systems, including foster care and prisons, which disproportionately affect Indigenous women and can expose them to violence, as additional causes of the MMIWG epidemic. The pandemic has also exacerbated the issue by increasing incidences of domestic violence and making it more difficult for women to seek help. “MMIW looks like a pandemic on top of a pandemic,” Welch said.

Welch is hopeful for the task force because she’s steering it to center the voices of families who have been impacted by the issue and is drawing knowledge from similar task forces in other states, including New Mexico and Minnesota. The task force is currently working on a report to identify the roots of the problem.

Welch, Ayanna’s relative, is also a community organizer with the Menominee nonprofit Menīkānaehkem, which roughly translates to “community rebuilders.” Ayanna is working with Welch’s organization to raise funds to construct a tiny home on Menīkānaehkem’s property for a survivor of domestic violence. 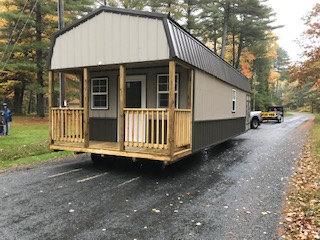 A tiny house like this one will be constructed with the funds Ayanna raises to house a survivor of domestic violence. (Courtesy Kristin Welch)

“She's encouraging people to get involved, not just to learn about the issue and to spread the word, but to be the change in your communities that you need to see,” said Welch of Ayanna’s fundraising work. Particularly for the tiny home, “that's a direct impact that's gonna save lives and help people heal and move forward,” she said. “I think that's amazing.”

Ayanna aims to continue using her platform to spread awareness about and raise funds for MMIWG. She also hopes to clinch another national title in Shreveport, La. next month at the USA Boxing National Championship, and eventually hopes to be an Olympian. And through it all, Ayanna is able to maintain her strict training regimen and competition schedule, her great grades in school, her advocacy work and a long-running Snapchat “streak” with her boxing friends from all over the country.

“It can get stressful at times with having to do schoolwork and getting things done with boxing and the fundraising for this Tiny Homes for Healing project,” she said. “But what keeps me going is all of those women and girls and everyone who needs help, who can't fight for themselves, whose voices can't be heard, who have gone missing or been murdered. That's what keeps me going.”

Author: Amy SokolowEmail: This email address is being protected from spambots. You need JavaScript enabled to view it.
Amy Sokolow is a fellow with Native News Online and a recent graduate of Northwestern's Medill School of Journalism master's program. She previously worked for STAT News and The Atlantic Magazine, and will focus her reporting on public health and election issues. She's originally from a small town north of Boston and can be reached at [email protected] or on Twitter @amysokolow.