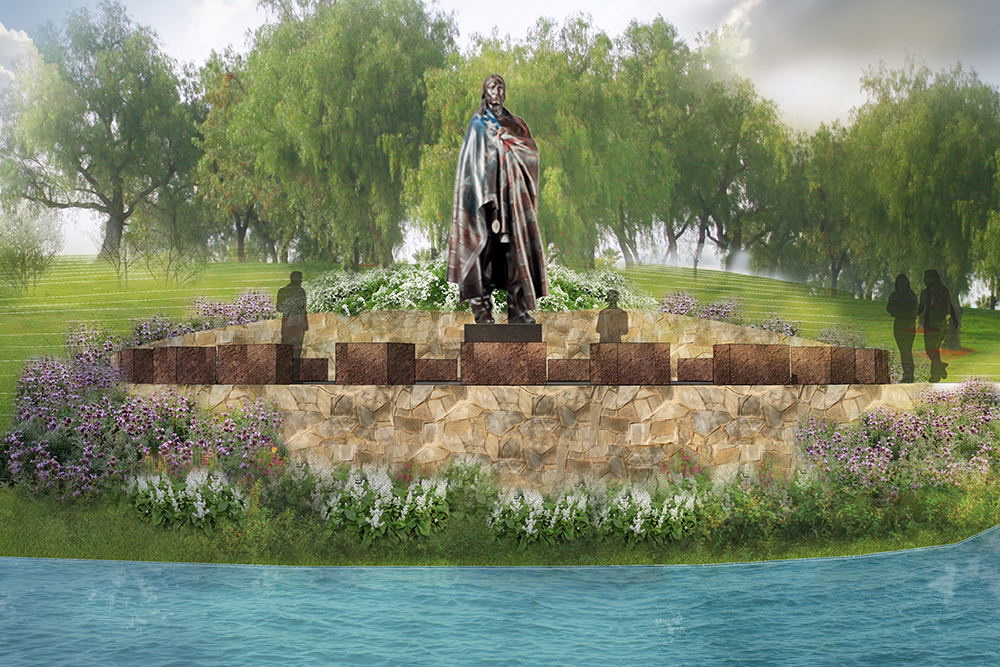 RIVERSIDE, Calif. — Riverside National Cemetery, where the stories of veterans are recorded by K-12 students and preserved through the Veterans Legacy program, will soon be home to the first American Indian Veterans Memorial at a VA national cemetery.

Ancestral territory to the Serrano, Cahuilla, Gabrielino, Luise’o, Chemehuevi and Paiute, Riverside National Cemetery in Southern California was established in 1976. It’s the largest and busiest cemetery managed by the VA’s National Cemetery Administration, and was dedicated and opened for burials on Nov. 11, 1978.

Although the cemetery doesn’t keep records of nationalities or tribes, the “U.S. Department of Veterans Affairs, National Cemetery Administration, Veterans Legacy Program, and in tribute to those interred at Riverside National Cemetery, Along the Chaparral: Memorializing the Enshrined” is an ongoing project that strives to preserve the unique stories and backgrounds of veterans, including uncovering the heritage and stories of Native people who served in the armed forces.

In addition, this year, the project initiated a transpacific expansion subcontract, Pūowaina, the site that the National Cemetery of the Pacific was built upon with the University of Hawai'i on the Mānoa campus in collaboration with local high schools on Oahu.

“The names on the gravestones at Riverside National Cemetery represent not just the service people and spouses who have died, they represent vibrant lives and their stories deserve to be told,” said Allison Hedge Coke, Director/Principal Investigator of the Along the Chaparral project and a creative writing professor at UC Riverside.

UC Riverside, in collaboration with the Veterans Legacy Program, is working with Riverside Unified School District, Sherman Indian High School, Beaumont Unified School District and extended regional community efforts. “This project has been a great way to bring the different communities together around an important issue,” said Michelle Raheja, Co-Principal Investigator of the Along the Chaparral project and professor in the English department at UC Riverside. 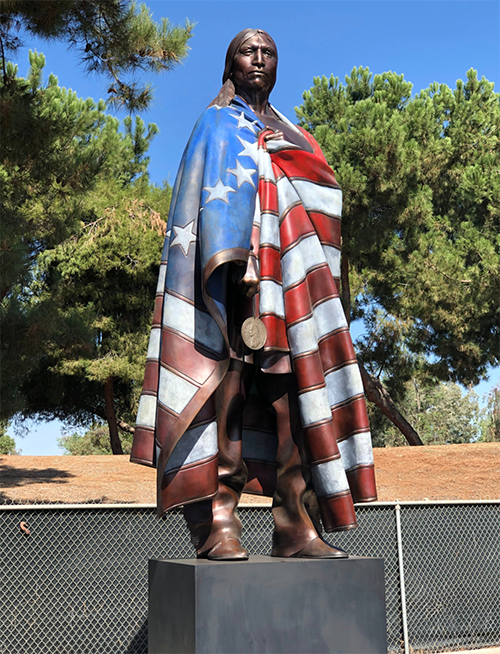 “There’s poetry, there are images of the person who is interred either from their obituary or personal photographs, so the student work on each person is pretty detailed and interesting,” said Raheja.

Native veterans such as Cherryie “Cherry” Hein (Cherokee), a Sherman Indian School alumni who worked for the VA Hospital in Los Angeles following her service as a Private in WWII, are memorialized in student projects, such as Along the Chaparral Memorializing the Enshrined two-volume anthology, radio program, performances, GIS interactive story map, the Sherman Indian School mural project and films.

The mural was created by students on the Sherman Indian School’s campus and includes depictions of both female and male Native American soldiers. Like other student projects, the piece pays homage to veterans interred at the site.

In one of the many films, SGT Ezekiel “Cecil” Pena Flores, US Marine Corps WWII/Korea, a Pearl Harbor survivor is lovingly remembered by his daughter Terry Flores-Lopez (Yaqui) as self-taught at many things such as gunsmithing and a love for hunting and growing their own food. “Being here visiting my father is always a blessing because for him every day was a beautiful day,” she said.

In another film, Jenna Yellow Eyes-Bernal (Northern Arapaho) and Jennifer Yellow Eyes-Valdez (Southern Cheyenne) said their father, Charles Yellow Eyes US, Air Force, Korea, was a quiet man and growing up with him was “awesome,” as he would take them to all the powwows in Oklahoma and tell ghost stories around the fire pit.

Hedge Coke indicated that with limited cemetery access and home learning barriers due to Covid-related issues, the project has faced delays. However, due to the new California State initiative regarding the addition of Native studies into classroom curriculum, local school districts have reached out to them for help.

“It’s an incredible program because it trains our grad students to become really effective teachers and it helps the elementary school teachers by providing them with new content,” said Raheja, noting that the history teachers embraced the project.

“More Native Americans per capita serve our country than any other demographic. This memorial will honor their sacrifice and service in the United States military,” said U.S. Department of Veterans Affairs Secretary Robert Wilkie at the September groundbreaking of the first American Indian veterans memorial at a VA national cemetery to honor American Indian, Alaska Native and Pacific Islander Veterans.

The memorial design at Riverside National Cemetery consists of a plaza and walkway flanked by two statues of eagles by artist Mike Curtis and in the center is “The Gift,” a twice life-sized bronze representing an American Indian draped in the U.S. flag with a Jefferson Indian peace medal. The statue is by artist A. Thomas Schomberg (most noted for his Rocky Balboa sculpture), and construction of the memorial is expected to be completed within the next year.

“The main reason we wanted it placed at a national cemetery is that it's holy ground, it’s spiritual ground and we just hope our warriors’ spirits will come from wherever they happen to be interned and have a place to come home to,” said Savage.