Suspect arrested in murders of Indigenous uncle and nephew 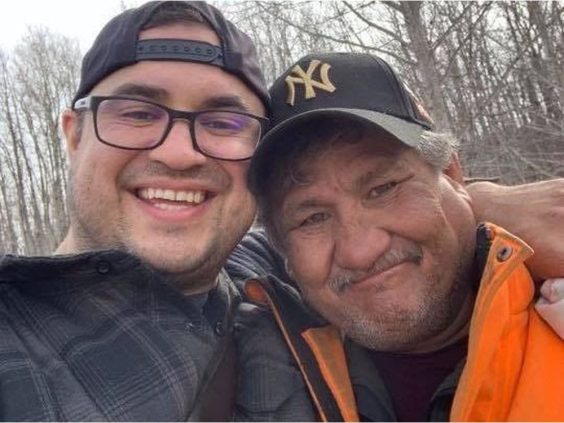 ALBERTA, Canada — Two Métis men, a nephew and uncle, were murdered while moose hunting earlier this week and now a suspect, Anthony Michael Bilodeau, has been arrested. Bilodeau, 31, was charged this morning with two counts of second-degree murder for the shooting deaths of Jake Samsom, 39, and Morris Cardinal, 57.

The pair were reportedly moose hunting Friday evening near Seibert Lake in Alberta when an altercation happened. The bodies of Samsom (a Nobleford resident) and Cardinal (a Bonnyville resident) were discovered early Saturday morning in a remote area near Glendon, Alberta. The men were found with gunshot wounds beside a black 2014 Ram 1500 pickup truck. Autopsies confirmed the men succumbed to the gunfire, the CTV Edmonton News reported. Bilodeau, who was denied bail at his arraignment, returns to court April 9 to face the double-murder charges at the St. Paul Provincial Court. Adding to this tragic story, Sansom was married with three children. Cardinal had a significant other, a daughter and grandchildren. Today, the Royal Canadian Mounted Police issued a statement, shedding some light on the incident: “It is alleged that at approximately 9:30 p.m., on March 27 . . . two vehicles came to a stop on a rural road near Glendon,” the media release states. “A verbal then physical confrontation ensued with the occupants of the two vehicles. A third vehicle arrived on the scene and several shots were fired by the accused, which resulted in the death of the victims.” Samsom, a volunteer firefighter, had recently been laid off from his full-time job as a heavy-duty mechanic, following COVID-19 pandemic cutbacks, his family has stated. The night of the murder, his family said he was hunting for food with his uncle, in hopes of saving on grocery spending. One of the men had just shot a moose, prior to their murders, according to CBC. Friends and family have been vocal in various publications regarding the killings, and are still in shock over what appears to be a random act of violence. Yesterday, Ruby Smith, Sansom’s mother and Cardinal’s sister, posted an emotional message on Facebook:

“So heartless … (the murderer) didn’t stop to think that they have families, people at home waiting for them, they were loved. We are left to pick up the shattered pieces that will never fit again. I feel so helpless that I couldn’t protect my child, my brother. Everywhere I look in my home, is a (reminder) of the huge loss.”