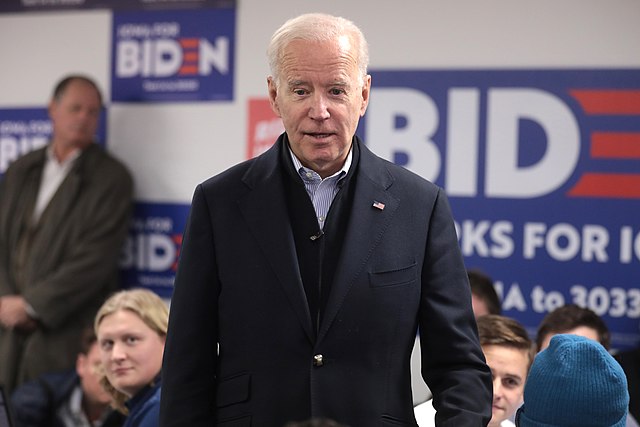 The survey of 519 American Indians and Alaska Natives from more than 200 tribes found that 68 percent of those polled plan to support Mr. Biden for president, with just 15 percent planning to support President Donald J. Trump. Nearly 10 percent of respondents said they were still undecided or not sure about who to support in the Nov. 3 election.

Third-party candidates Jo Jorgenson (Libertarian) and Howie Hawkins (Green) each received about 1 percent of the respondents’ support, while Navajo citizen Mark Charles, an Independent candidate for president, received support from 3 percent of the survey’s respondents.

Native News Online conducted the online poll of its readers and Indian Country leaders over a one-week period in early October. In addition to strong support for Mr. Biden as president, the survey also revealed:

While not a national probability sample of all Native American voters, the survey offers insight into the voting habits and preferences of registered Native American voters, who could provide the margin of victory in seven “swing states” in the upcoming election: Arizona, Michigan, Minnesota, Nevada, North Carolina, Wisconsin and Colorado, according to Four Directions, a Mission, S.D.-based nonprofit organization committed to advancing equality at the ballot box across Indian Country.

When asked about the top three issues that matter most to them as voters, nearly 64 percent of respondents selected tribal sovereignty, the right of American Indians and Alaska Natives to govern themselves. The Constitution recognizes tribes as distinct governments that have, with few exceptions, the same powers as federal and state governments to regulate their internal affairs.

More than half of the respondents shared comments about the issues that matter most to them in an open-ended question at the end of the survey, including dozens of comments about tribal sovereignty, self-determination and treaty rights. One respondent from a tribe in Massachusetts stated: “Tribal Sovereignty is everything. We have governed ourselves since time immemorial without the interference of outsiders. If the local, state and federal governments stay out of the way, Tribes can return to self sufficiency.”

On the topic of the presidential candidates, six in 10 respondents chose Mr. Biden as their answer to a number of questions, including:

Native News Online conducted the online survey of its readers and Indian Country leaders using the SurveyMonkey platform.  The survey took place between Oct. 8 and Oct. 16, 2020. All respondents were asked to supply their tribal affiliation and state of residence. Nearly 700 responded to the survey, and participant responses were filtered out for a number of reasons including lack of tribal affiliation, incomplete survey responses and non-U.S. citizenship.

The results reflect data gathered from 519 respondents from more than 200 tribes in 46 states.  The majority of the respondents were either Native News Online readers or tribal leaders who were solicited via email; this poll is not a national probability sample of Native Americans.

Native News Online conducted the survey with assistance and consultation from Stephen Hersh, a lecturer on consumer insight at Northwestern University’s Medill School of Journalism who also spent 23 years as a market researcher and marketing strategist at Leo Burnett Advertising.