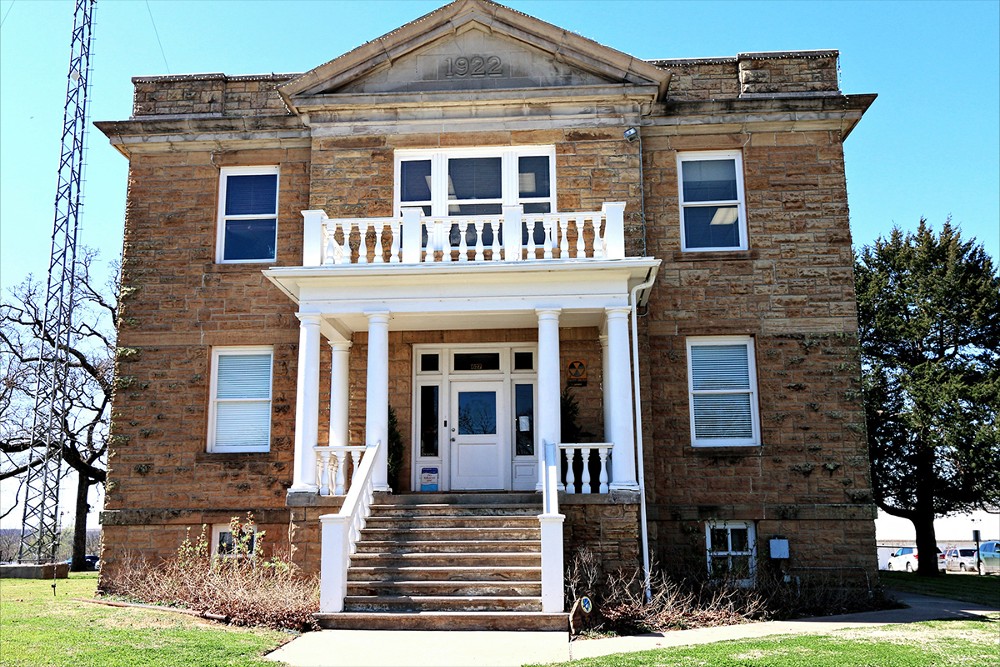 WARNING: The following article contains graphic references to topics such as sexual harassment and sexual abuse and may be harmful to some audiences.

Allegations of sexual harassment among Osage Nation employees within the Office of the Chief nearly two years ago were revealed this week when previously confidential legal documents were circulated to news media. The revelations come as the 2022 election is heating up and also illuminate the motivation by some in Osage Congress to pass legislation protecting Osage Nation employees from retaliation in similar situations.

Documents obtained by the Osage News on April 20 include a letter dated March 16, 2021 from the woman’s attorney to the Nation’s attorney Graydon D. Luthey, Jr., of GableGotwals, and discusses terms of a proposed settlement.

“As I am sure you are aware,” the letter says, “prior to [woman’s] wrongful termination, she was the subject of demeaning, crude, and sexually hostile comments by individuals in positions of power over her. For your review, I am attaching a sample of the harassing text messages, a copy of [woman’s] complaints to Human Resources and, most despicable of all, a photograph of the sex toy that was left on her truck by [accused].

“While [woman] is not eager to relive these events in a public forum, she is very serious about achieving justice. In this regard, [woman] is willing to accept her termination and release the Nation from all claims arising out of her employment in exchange for payment of $125,000.00 plus a mutual release from the Nation. Please discuss with the Chief and advise whether these terms are acceptable.”

The two accused appointees were not fired. One appointee left his employment with the Nation after the allegation, but the second appointee is still working for Standing Bear.

“The safety of all Osages remains my top priority. I cannot, and will not, comment on personnel matters,” Standing Bear said in an emailed response April 21.

“Our HR Department reports the records they have reviewed shows one sexual harassment allegation by one employee and that allegation was resolved. Policies are in place to make it safe for employees to come forward with complaints and I will keep those policies in place. Sexual harassment or discrimination has no place in Osage Nation.”

The woman’s emailed grievance filed with the ON Human Resources in November of 2020 includes a screenshot of a text message thread in which he allegedly asks the woman about a sex toy he left in the bed of her truck. In the thread, she did not reciprocate his alleged advances. Two days later, she said in her grievance, he placed flowers in the bed of her truck. “According to [the appointee], the device has Bluetooth capability and an app. [The appointee] explained that he wanted me to use the toy while he took control. I never asked for the toy, nor did I engage in any activity with the toy. Since that date, [the appointee] has made several comments about the toy that hinted that he wanted me to use the toy. Every time he mentioned it, I ignored him.”

She further alleged that the appointee had been sending her “unsolicited sexually inappropriate text messages and phone calls” for two months before she filed her grievance. She called his actions “humiliating, degrading, and offensive and resulted in me feeling as though I had to endure the inappropriate behavior to retain my employment.”

Allegations against the second appointee accuse him of making “sexually inappropriate comments to and about” her and “numerous sexually inappropriate comments to me in person and by text.” She said he asked if he could “spank” her multiple times and that one of the comments was made in the HR conference room in front of a former HR Director. “At the time, I felt as though I had to submit to his comments to retain my employment. I was degraded and powerless. I was helpless and had no support from HR.”

Congressman Eli Potts authored bill ONCA 22-41, an act to prohibit sexual harassment and sexual discrimination that was introduced and unanimously passed during the Hun-Kah Session. Standing Bear signed the bill into law on April 14.

“I started writing the legislation before I learned of these specific allegations,” Potts said. “However, these are not the only allegations that have been called to my attention, but I believe those stories are for the victims to tell.”

The law protects accusers from retaliatory termination. It prohibits hiring, firing or discriminating against any individual based on “sexual harassment, unwelcome sexual advances, requests for sexual favors, and other verbal or physical conduct.”

Standing Bear posted a message on his campaign page “Re-Elect Chief Standing Bear” that said in part, “My focus has always been to bring Osages together and elevate our Nation. We cannot do that through dirty politics only meant to tear Osages down and divide our community. Those tactics are for individuals who do not have a legacy of progress and a plan for our future. I have both.”

Potts said he couldn’t believe how long it took the Nation to act.

“The Chief knew about this and tried to silence the victim with the Osage People’s money. His generic statements of policy and privacy, while he continues to protect the perpetrator instead of the People, are meaningless,” Potts said. “This isn’t ‘dirty politics’, this is what it looks like when the People hold their government accountable.”

Sexual harassment in the workplace is not a Native tradition

According to the Institute for Women’s Policy Research, a 2018 report titled, “Sexual Harassment and Assault at Work: Understanding the Costs” reviews how workplace sexual harassment and assault affect women’s economic advancement and security, costs of these harms to employers and employment situations associated with high rates of harassment.

The report says the latter includes working for tips, working in an isolated context, lacking legal immigration status or having only a temporary work visa, working in a male-dominated job and working in a setting with significant power differentials.

It adds that the cost to individuals sexually harassed at work includes negative effects on mental and physical health, reduced opportunities for on-the-job learning and advancement, and forced job change, unemployment and abandonment of well-paying careers.

“Sexual harassment is a very damaging tactic of colonization,” she said in an April 21 email. “It can affect your spirit in many ways, including feelings of depression, fear or anxiety, difficulty sleeping, and post-traumatic stress disorder (PTSD). Some survivors may experience flashbacks of the harassment or may disassociate from what happened entirely to cope with the trauma.

“When there is ongoing sexual harassment, trauma and other negative impacts can worsen. Some survivors may become very sensitive to touch or struggle with intimacy in their relationships. It’s important to recognize not all survivors will react the same way and often report a range of feelings about the experience.”

She said those who suffer from sexual harassment may feel alone, ashamed or believe that they did something to provoke the harassment or that somehow they “deserved it,” she said. They may also feel that their community is not a safe place anymore. She reiterated that these individuals are never to blame for harassment that happened to them.

The Osage News asked ON Attorney General Clint Patterson whether his office has investigated a member of Standing Bear’s appointed staff for sexual harassment. He responded with this statement:

“The Office of the Attorney General investigates all possible violations of law or policy within Osage Nation jurisdiction, including any allegation of sexual harassment. If our investigation discovers any violation, then we take the appropriate action. Due to the private nature of a claim of non-consensual sexual conduct and the traumatic effects an allegation can have on a person, both physically and emotionally, we cannot comment on specific investigations.

On April 20, the Nation released a statement:

“No one should feel unsafe in their workplace. All employees of the Osage Nation are valuable team members who are entitled to respect, dignity, and security in the workplace, thus allowing the Osage Nation government to carry out the work of the Osage People. Osage Nation is committed to a harassment-free and non-discriminatory environment for all Osage Nation employees, constituents, and community members.

“All accusations of harassment or discrimination are taken seriously and investigated fully. In the event an investigation concludes that an employee has committed an act of harassment, that employee shall face disciplinary action up to and including termination. To protect both past and current Osage Nation employee privacy, Osage Nation does not publicly discuss personnel matters.”

The Osage Nation Human Resource handbook remains available to all at https://www.osagenation-nsn.gov/services/human-resources