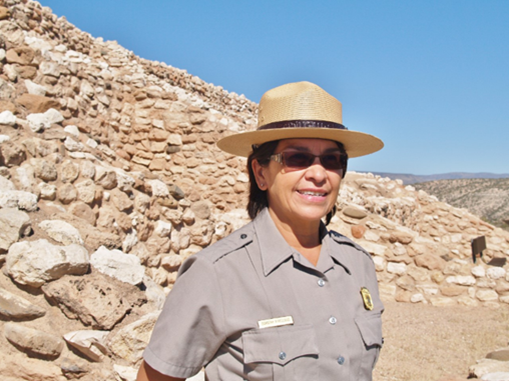 WASHINGTON – Dorothy FireCloud, a tribal citizen of the Rosebud Sioux Tribe, has been named the National Park Service (NPS) Native American Affairs Liaison, assistant to the director. The announcement was made by Margaret Everson, counselor to the secretary of the Dept. of the Interior. FireCloud will begin her role Oct. 11.

“Dorothy brings 28 years of experience in the important and diverse topics of tribal relations and supporting the Department’s policy on consultation with Indian Tribes,” Everson said. “I’m looking forward to working with Dorothy as she applies her tribal relations experience in her new role overseeing the National Park Service’s Office of Native American Affairs.”

“I’m very excited to continue to work with my National Park Service colleagues, Tribes, and tribal organizations as we look ahead to new opportunities for collaboration,” FireCloud said. “The pandemic has deeply affected many tribal nations and their ability to effectively consult with federal agencies. I am honored to serve in this role, supporting government to government communication during these dynamic times.”

FireCloud has also served as the superintendent of Devils Tower National Monument. She is a member of the servicewide team that developed an intermediate-level tribal consultation curriculum to support consultation skills development among NPS employees.

Prior to joining the NPS in 2006, FireCloud worked on water rights with the Bureau of Indian Affairs and held several positions with the U.S. Forest Service (USFS), including acting district ranger at Tongass National Forest, acting deputy forest supervisor at Black Hills National Forest and acting director for the tribal relations program in Washington, D.C. She served as the USFS Southwest tribal program manager, and as the team leader of the National Implementation Team on tribal relations that developed an extensive report on programs and policies to fulfill USFS trust responsibilities, many of which were enacted through Farm Bill legislation.