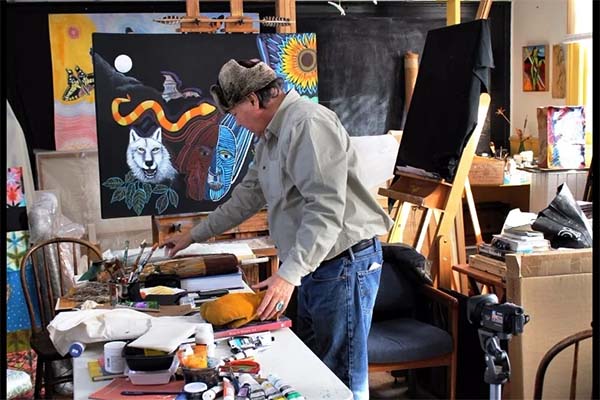 Artist G. Peter Jemison grew up near the shores of Lake Erie in Victor, New York, but his Seneca, Heron clan roots eventually led him to his current home and career a couple hours away in Victor. There, he works as the site manager for Ganondagan, the historic site of a 17th Century Seneca town. Jemison, whose work is featured in the new summer issue of American Indian Magazine, chatted with Native News Online about his formative days and what he’s up to today. Born in 1945, Jemison has navigated a decades-long career as an naturalistic artist and “culture worker,” including his current group exhibit, Stretching the Canvas: Eight Decades of Native Painting.

The dynamic exhibition showcases nearly 40 works that “transcend, represent, or subvert conventional ideas of authenticity.” All are drawn from the National Museum of the American Indian’s rich permanent collection. Here’s what Jemison had to say. 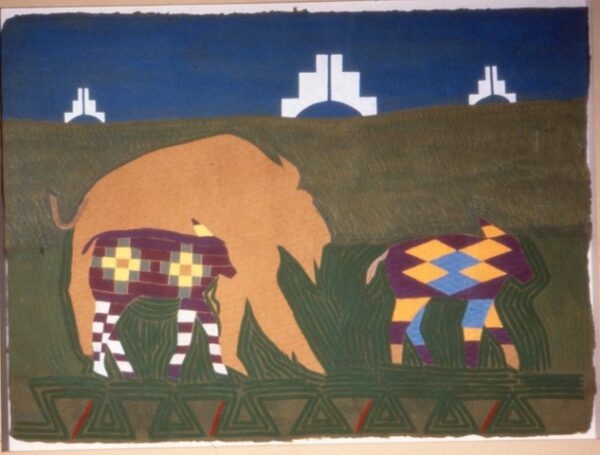 You have a diverse portfolio of art, can you pinpoint what mediums do you prefer to work in? I paint in acrylic, oil paint, egg tempera and gouache. I draw using all types of media filling notebooks with ideas. I’ve made prints using wood blocks and lithography. I have also been a filmmaker, working with my sons Ansley and Brenden and also Cat Ashworth. My most complicated film, Iroquois Creation Story, involves animation, live action, a film score, and the Garth Fagan Dance group. Stretching the Canvas, at the National Museum of the American Indian (NMAI), runs through Fall 2021, what work do you have in the exhibition? My work in Stretching the Canvas is on handmade paper, which I made in a paper-making studio. It’s part of a series inspired by fish and going fishing in a canoe I owned. Aside from art and your work at Ganondagan State Historic Site, what are you up to these days? This isn’t all the time, but I am a dancer. I put together dance groups for different events, lining up the best dancers from our different communities. I work with some of my favorite singers, performing social dances. I am also the emcee at Ganondagan’s Indigenous Dance and Art Festival in July. Beyond that, Ganondagan and the Seneca Art & Culture Center will sponsor our 4th annual Juried Art show in October for Haudenosaunee artists.

Today, you’re an accomplished artist and Seneca historian, but let’s talk a little bit about your early years. What do you recall most about your childhood? I grew up in a hamlet called Irving on the northern end of the Cattaraugus Reservation, a territory of the Seneca Nation of Indians. Today, we’d say I grew up in a multi-cultural village. My Seneca cousins lived there, white residents and we had a canning factory across the creek. When it was open, Black workers from the south worked there and first generation Italians lived in the dormitories and worked there also. My neighbor was a farmer. He hired Puerto Ricans, Jamaicans and men from Trinidad to work in the fields from early spring to early fall. I saw all these people in Irving. It was mostly peaceful. 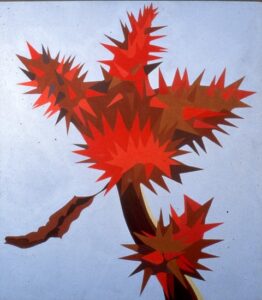 Did you spend much time on the reservation? When I was young, my family went to events on the reservation of all kinds, some featured traditional foods, some were like halloween parties, community dinners at the church.

My Seneca friends on the rez liked to follow paths in the woods, play in the stream, run foot races, dig clay from the bank and make things, swim in the Clear Creek or Lake Erie and eat wild edibles in season. We’d walk to another border town for popsicles and get the mail. After high school, what college did you go off to? I went to Buffalo State College for my Bachelor of Science. I also studied in Siena, Italy. I did graduate work at the University of Buffalo in American studies. I ultimately received an Honorary Doctorate from Buffalo State. What was your initial goal when you were in college? My original goal was to teach art probably in high school. I did that for a year and I taught other grade levels, but not for too long. After college, I moved to New York City with the idea of becoming an artist. I lived there for a year and had some extraordinary luck. In 1968, when I was 23 years old, I was in an invitational show at a very prestigious gallery, Tibor de Nagy. 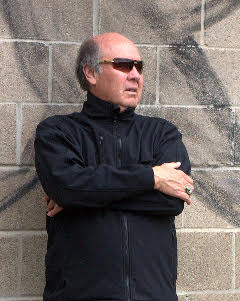 My second big break was a 1971 exhibit at the Museum of the American Indian, this was before it became NMAI. Aside from me, the group exhibit included George Morrison, Fritz Scholder, Neal Parsons and Lloyd Oxendine. Then, In 1972, my work was in Art in America, their summer edition. From the 1960s to now, how has your work evolved? My art in 1968 was based on mathematics and what was then termed new math. It involved set theory and random choice. My art changed dramatically after 1972, thanks to my increased contact with Seneca crafts people. Singers, dancers, fluent Seneca language speakers — these people opened my mind to our traditions. I refer to orenda, which is the traditional Haudenosaunee (Iroquois) belief that every living thing has a spirit. That’s the basis for my exploration, when the art is nature based. Gaining an appreciation for that helped me to see life around me and to try to express that.