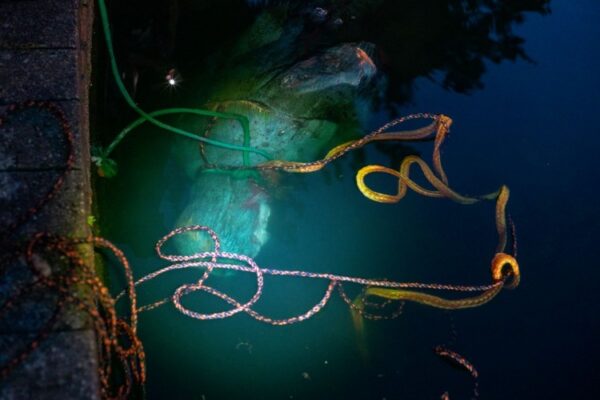 RICHMOND, Va. — Protesters in Richmond tore down a statue of Christopher Columbus and threw it into a lake on Tuesday night to protest the controversial historical figure as a symbol of racial oppression.

The statue stood in a park in the state’s capital city for nearly a century.

WWBT reports the statue was located in Byrd Park on the west side of the city. The protesters threw the statue into nearby Fountain Lake.

The incident happened last night at about 9 p.m. after about 200 Blacks Lives Matters movement protesters assembled near the statue to show support of indigenous rights. Throughout the evening, protesters marched through the city streets and ended up at the Columbus statue. Protesters emphasized solidarity between the plight of Black Americans and the colonization of the Indigenous community, according to Virginia Public Media (VPM).

VPM reported that once the statue was torn down, protesters sprayed painted it, placed an American flag on the top of it and then set it on fire. 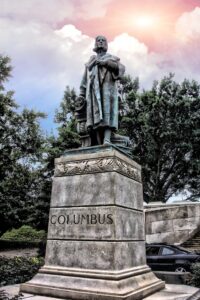 Christopher Columbus stood for nearly a century in Byrd Park in Richmond, Virginia. From Flicker

Richmond has had protests for the past week and half in the aftermath of the death of George Floyd who died as the result of excessive force by Minneapolis police officers.

Tuesday’s destruction of the Columbus statue adds to calls across Virginia and other states to take down statues of Confederate soldiers. In Richmond, a statue of a Confederate general in a local park was torn down last weekend.

Separate from the recent Black Lives Matter protests, for several years American Indian groups have worked hard to change Columbus Day to Indigenous Peoples Day on the second Monday of October. After the city of Los Angeles did so, the city then decided to remove a statue of Columbus in November 2018.