Paths Narrow for Nez and Nygren in Primary Elections 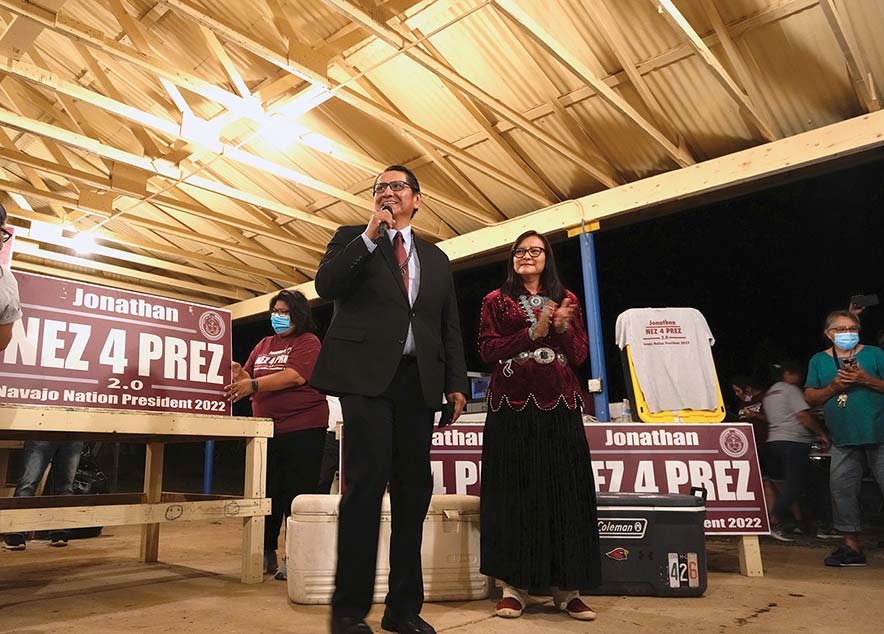 WINDOW ROCK - Navajo voters across the Navajo Nation have made their choice. In the general election, Buu Nygren will challenge incumbent Jonathan Nez for the tribal presidency in November.

Both candidates expressed thanks to their supporters in the primary election.

“We appreciate the loyal Nez base, which came out today,” Nez said on Tuesday night. “The dedicated 14,000 people who voted last primary election stepped up and made sure that they cast their vote for the continuation of our administration.”

Nygren said he visited 20 chapters on Tuesday and spent 13 hours on the reservation roads visiting voters.

“We ran a campaign that really shook things up. I am very, very thankful for all of your hard work all the way up to this point,” Nygren told his supporters. “Four months ago, we made an announcement to run for Navajo Nation president. With your help, your support, it’s been wonderful these past four months.”

It’s back to work for his team, said Nez.

“We gotta move the Nation forward that will continue, always,” Nez said. “So, tomorrow we got a bunch of meetings, and we’re gonna have to sit back down with the team.” 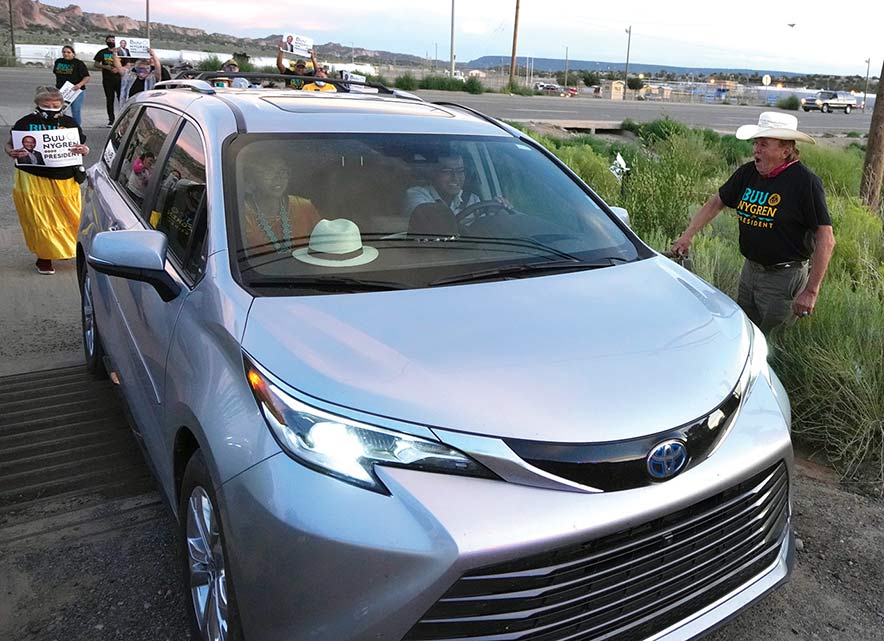 Candidate Buu Nygren and his wife, Jasmine Blackwater-Nygren, are greeted on Tuesday by their supporters in Window Rock. (Photo/Navajo Times/Donovan Quintero)

Nygren, who rallied across the Navajo Nation fairgrounds in Window Rock, said on Tuesday night his victory in the primary race reiterates that the voters who voted for him meant they were eager for new leadership.

“We need new leadership to really get things done to effectively work with Council and to effectively make the Navajo Nation government more efficient, more effective at the Window Rock level and at the local level,” Nygren said. “That’s the same message that I’ve heard over and over, and that’s what we’re going to continue doing.”

According to the Navajo Nation Election Administration, 47,495 Navajos went to the polls on Tuesday and cast their votes for the 15 Navajo candidates. Of those unofficial total votes, 17,544 Navajo voters did not vote for Nygren or Nez.

Nygren and Nez praised the 13 other presidential candidates for their races.

Nygren said the presidential candidates in this election were “highly educated, highly qualified people” who ran an “amazing and inspirational race.”

“They’ve all greeted me and welcomed me as I’ve visited their booths, their canopies. I shook their hands. All 13 of us are on the same page as we need new leadership now,” Nygren said.

Nez said the candidates “did an outstanding job.” 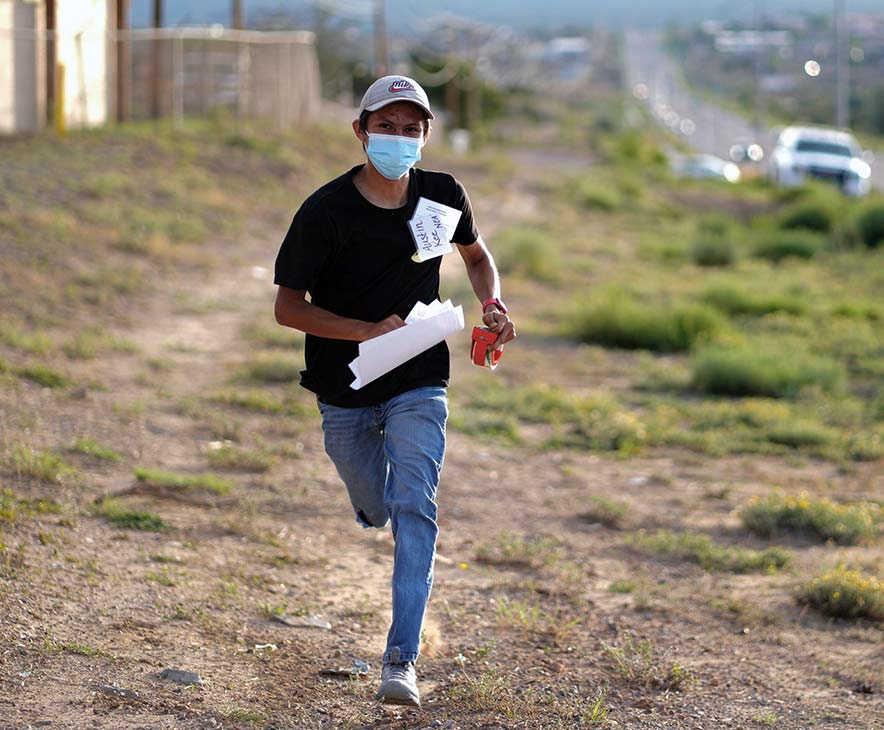 Navajo Nation Election worker Austin Kee sprints to the north side of the Civic Center to post unofficial results of the Navajo Nation Presidential race on Tuesday in Window Rock. (Photo/Navajo Times/Donovan Quintero)

“At the debates, in the forums, we wish them well; many of them are our friends as well,” Nez said.

Navajo voters will again go to the voting booths to cast their ballots in November.