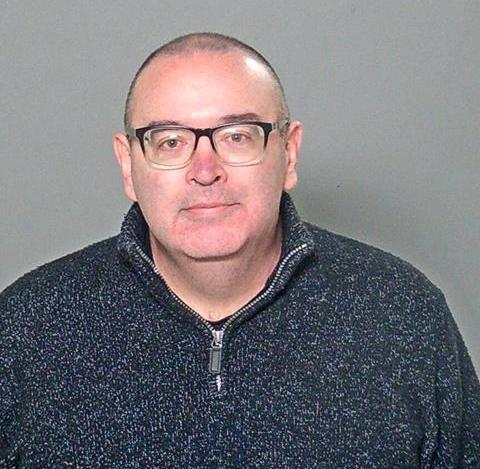 Update March 1, 2022: On Friday, February 25, the Outagamie County District Attorney charged Rick E. Haberland for 13 counts of Possession of Child Pornography and 1 count of Possession of Methamphetamine—all felony crimes in the state of Wisconsin.

According to the criminal complaint, on Feb. 23, police conducted a search warrant at Oneida United Methodist Church and a nearby residence where Haberland lives. Police seized Haberland's phone and found more than 150 videos depicting sexual abuse of children were on the phone, the criminal complaint said. Police also seized 1.2 grams of methamphetamine in Haberland’s bedroom closet.

The Outagamie District Court issued a $100,000 cash bond for Haberland, where he remains in the Outagamie County Jail. The next court date is scheduled for March 10, 2022 at 10:30 am.

Class D felonies are punishable by up to 25 years in the Wisconsin prison, a maximum fine of $100,000, or both.

On Thursday, February 24, the Outagamie County Sheriff’s Office (OCSO), executed a search warrant at the Oneida United Methodist Church and a nearby home regarding an Internet Crimes Against Children investigation and arrested Rick E. Haberland for multiple sex crimes against children on the Oneida Indian Reservation in Wisconsin.

The OCSO, in conjunction with the Wisconsin Department of Justice, Division of Criminal Investigation, arrested Haberland, Pastor for Oneida United Methodist Church, for 20 counts of possession of child pornography and one count of possession of methamphetamine, all felony charges punishable up to years in prison.

It’s unsure which circuit judge issued the warrant, but details will be released as more documents are filed, said Sergeant Mike Fitzpatrick of the Outagamie County Sheriff’s Office in a phone call to Native News Online. The warrant was issued on a CyberTipline report from the National Center for Missing and Exploited Children (NCMEC).

“This church is in the heart of the Oneida Reservation and likely attended by Tribal members,” said Outagamie County Sheriff’s Department Sergeant Mike Fitzpatrick in an email to Native News Online.

The Oneida Indian Nation of Wisconsin has not released an official statement on this matter.

If you have information that can assist the investigation, please contact Sergeant Mike Fitzpatrick at (920) 832-5279 or [email protected]