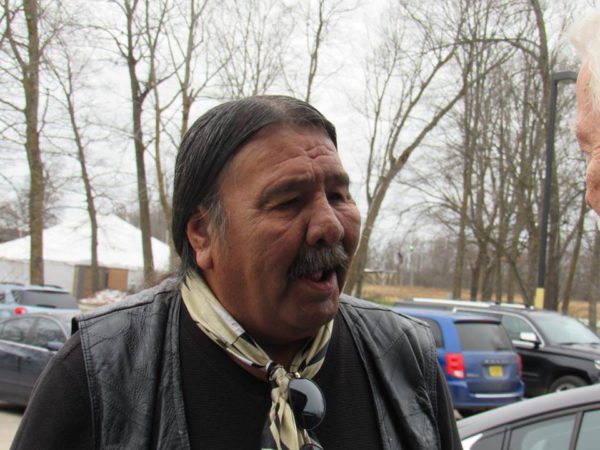 KYLE, SD — The Oglala Sioux Tribe, based on the Pine Ridge Reservation, is mourning the passing of Tom Poor Bear, the tribal nation’s former vice president, who passed away on Sunday, Dec. 13 from Covid-19. Poor Bear was 66.

Vice President Poor Bear truly led the life of a leader and was proud to represent the Oglala Lakota Nation. He had provided a grassroots perspective to many leaders at local, state, and federal levels,” Oglala Sioux Tribe President Kevin Killer said to Native News Online. “I was honored to have his support in my various endeavors and leaves behind a legacy in line with many of our leaders from the Oglala Lakota Nation.”

Poor Bear was born in Chicago and moved to the Pine Ridge Indian. He joined the American Indian Movement (AIM) when he was only 16. He participated in AIM’s cross-country journey in the Trail of Broken Treaties to Washington, D.C. where some 500 AIM members took over the Bureau of Indian Affairs building in Nov. 1972.

He participated in several marches held by AIM to seek justice for American Indian who were beaten by non-Native people without any punishment.

“I was there in Custer, South Dakota, shortly before the takeover of Wounded Knee. A white man stabbed Wesley Bad Heart Bull and was served only one day in jail. We went down there and stirred things up. They called it a riot, I called it a ‘day of justice,'” Poor Bear said to Native News Online in Nov. 2017 at the wake ceremony of Dennis Banks, a co-founder of AIM.

“All the memories of myself and Dennis Banks will always stay in my heart,” Poor Bear continued.

“It is a sad time for the Oglála Lakȟóta Sioux Nation. We’ve lost another one of our leaders, elders, fluent language speakers and warriors to covid-19. Vice President Tom Poor Bears’ presence, commitment to the people and leadership will be missed dearly,” South Dakota State Sen. Red Dawn Foster (Lakota/Dine) said. 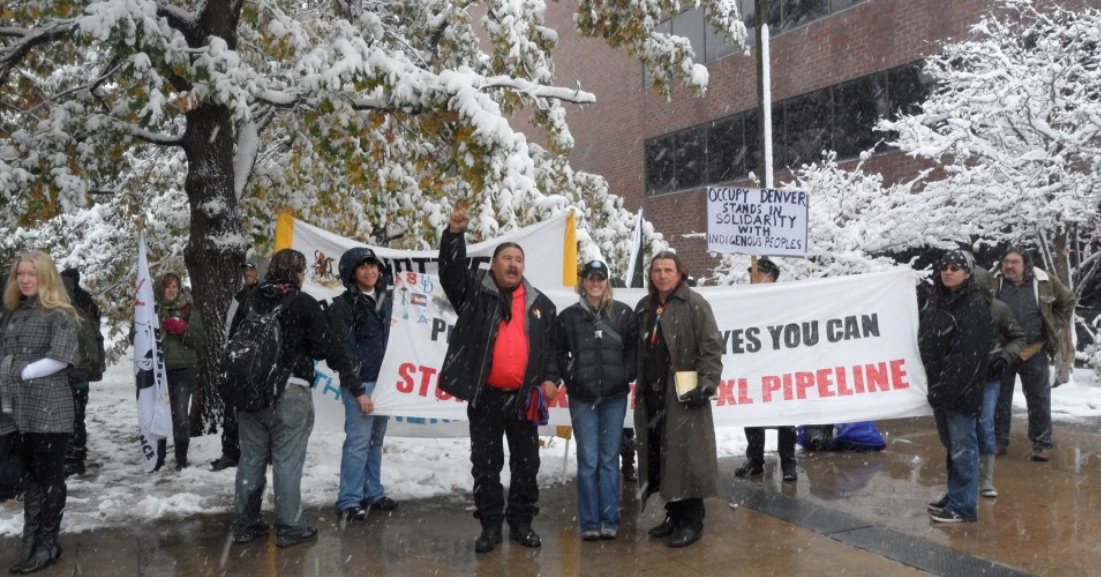 “He helped build awareness with President Obama on how damaging the KXL pipeline will be for our community,” Killer recounted.

For years, he participated in protests at Whiteclay, a border town to the dry Pine Ridge Indian Reservation with a population of 12 with four stores that sold over 3.5 million cans of beer annually. The protests helped get the stores closed down.

In February 2016, after traveling from Pine Ridge in South Dakota to Orlando, Fla., Poor Bear was denied access to UPS Coleman I where he went to visit Leonard Peltier, who is incarcerated at Coleman.

Poor Bear was told by the prison guard at the receptionist desk that she could not accept his valid tribal photo identification. Poor Bear recalled that on a previous visit with Leonard Peltier at the same facility nearly two years prior, the very same guard accepted the same identification and allowed Poor Bear to enter the prison.