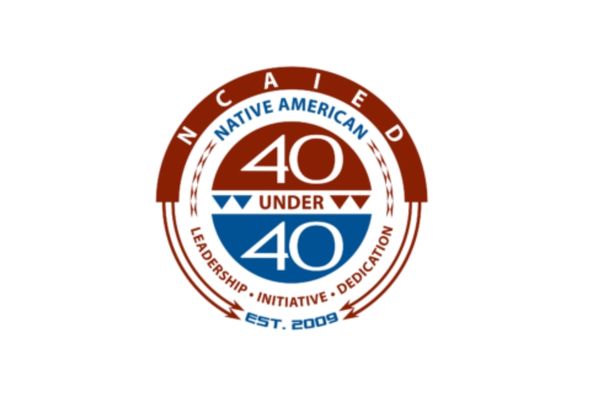 MESA, AZ – The National Center for American Indian Enterprise Development has opened nominations for the 2023 Native American 40 Under 40 awards.

Nominated by members of their communities, this award is granted to Native Americans under the age of 40 who have demonstrated leadership, initiative and dedication while making significant contributions to their professions and communities.

Past award winners span diverse fields, from the government to entertainment. Awardees are selected by the Board of The National Center for American Indian Enterprise Development.

“Whether in tribal leadership, business, medicine, the law, arts and entertainment, or academia, Native American 40 Under 40 awardees represent the best of Indian Country – and its future,” Chris James, president and CEO of The National Center, said in a statement. “Recognizing deserving young leaders is just one way The National Center empowers for generations. I look forward to welcoming the 2023 Class of 40 Under 40 awardees at the upcoming Reservation Economic Summit.”

The 2023 Native American 40 Under 40 winners will be honored on April 5 during RES 2023 in Las Vegas, NV. Registration is now open, with early bird discounts are available through January 13.

The deadline to submit a nomination is February 10, 2023. Nominations can be submitted here.