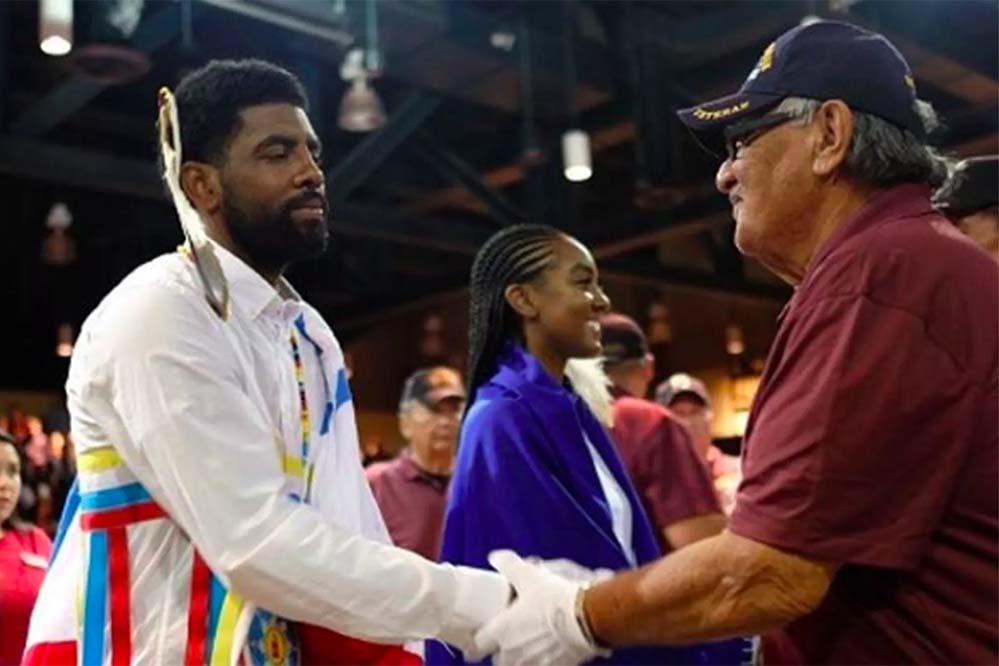 The NBA champion and six-time all-star smudged the basketball court at TD Garden in Boston ahead of a game against the Celtics last Friday.

Irving went on to score 17 points in the preseason win. The regular season starts back up again Tuesday.

Kyrie is back in Boston, burning sage before the Nets face the Celtics:

“It just comes from a lot of Native tribes,” Irving told reporters. “Just cleanse the energy, want to make sure that we’re all balanced. When we come into this place and we come into this job, it’s not anything that I don’t do at home.”

Irving, 28, said he would like to burn sage before every game in Brooklyn and on the road, “if the opposing team will allow me to.”

Irving’s mother Elizabeth Ann Larson, who died when he was 4, was a citizen of the Standing Rock Sioux Tribe. Irving and his older sister were welcomed into the tribe in a 2018 ceremony; Irving was given the Lakota name Little Mountain by tribal elders.

Since the start of the pandemic, Irving has donated food and medical supplies to the tribe. In May, Standing Rock announced that Irving had donated two truckloads of food and 3,000 N95 masks to the community.