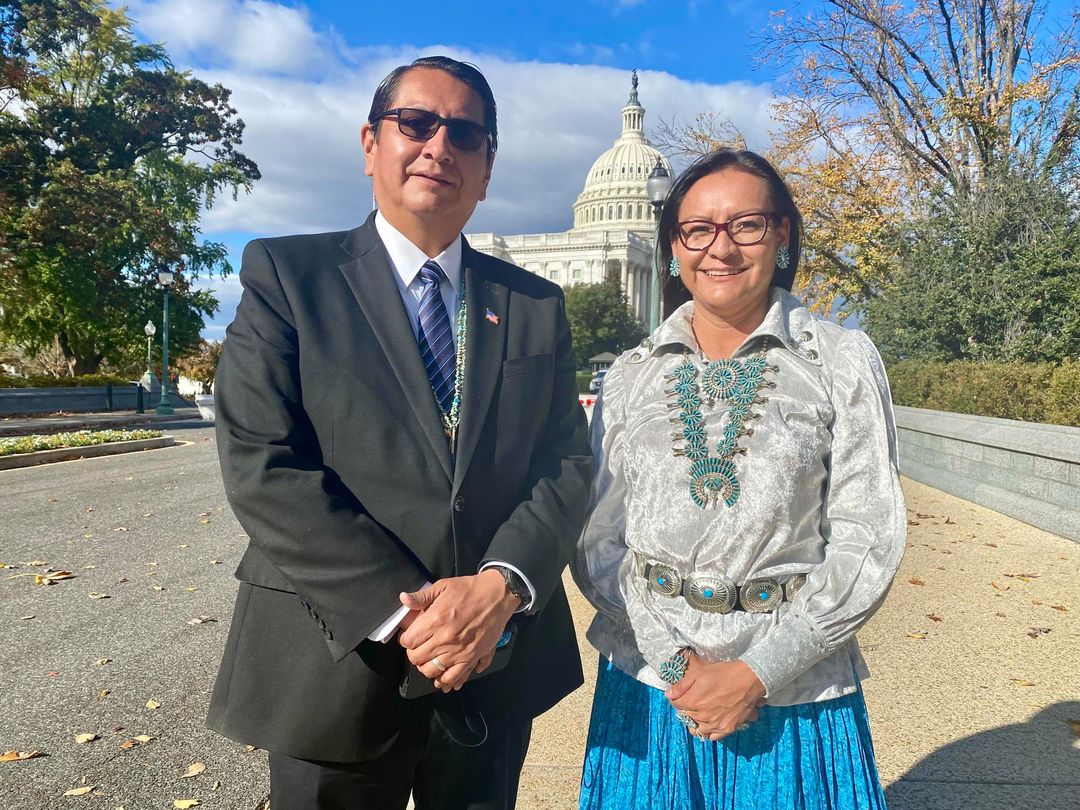 Navajo Nation President Jonathan Nez, joined by his wife, First Lady Phefelia Nez, spoke about the COVID-19 pandemic on the Navajo Nation on Tuesday during the last day of the White House Tribal Nations Summit.

“A modern-day monster known as COVID-19 entered our communities —impacting the lives of many of our elders, our children, frontline warriors, and many others throughout the world. The onset of COVID-19 forced us to close our schools, government offices, and it magnified the lack of basic infrastructure on the Navajo Nation and all tribal communities,” Nez said. “Some of you may have seen photos of our Navajo children with their grandparents on hills and mountains with their laptops in order to gain access to the internet so they could participate in virtual learning. Unfortunately, these situations were all too common,” Nez said.

Approximately half of the $714 million was distributed to the Navajo people in the form of hardship assistance. Nez pointed out that more long-term improvements could have been completed using CARES Act funds, if not for the initial deadline of December 2020 and the federal requirements and clearances needed to advance more projects.

With the American Rescue Plan Act funds, the Nez-Lizer Administration presented a plan that would provide at least $780 million for water, powerlines, broadband, housing, and bathroom additions, $350 million for direct services in communities related to education, health care, mental health, social services, detox centers, senior centers, economic development, and tourism. $220 million would be allocated for chapter projects and $100 million for enterprises. Approximately $207 million has already been approved for another round of hardship assistance for enrolled citizens of the Navajo Nation.