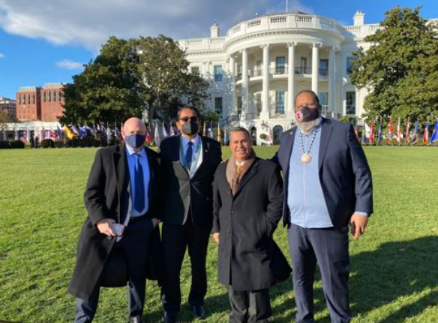 “It was truly an honor to be invited to the White House to represent the Navajo people for this monumental signing of the Infrastructure Bill. This measure will also fully fund the Navajo Utah Water Rights Settlement Act to provide much-needed water resources for Navajo people.” President Nez said.

Major highlights of the Infrastructure Act for Indian Country are:

Not since President Dwight D. Eisenhower signed the Federal Aid Highway Act of 1956 that paid for 90 percent of the nation’s interstate highway system, has there been such a comprehensive piece of legislation to invest in the infrastructure of the United States.