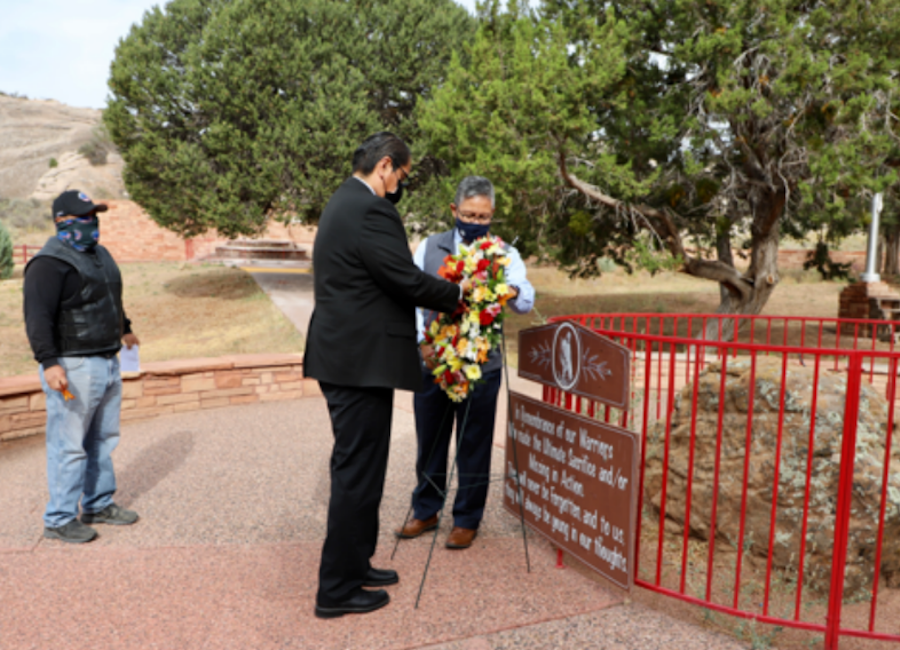 “Gold Star Families undergo the most difficult and emotional recovery period after their loss,” Nez said. “Their loved ones shine light through bravery and courage, and their contributions to society and the world,including the Navajo Nation, will never be forgotten.

“To all the Gold Star Families, know that your child is always in our Nation’s heart. The Navajo Nation stands with you. We also have many Diné men and women who continue to serve in the Armed Forces around the world. We ask the Creator to watch over them and to bring them home safely.”

Bobby Martin of the Navajo Hopi Honor Riders spoke on behalf of the veterans in attendance and read the names of 14 Navajo fallen warriors who gave their lives in the line of duty since 2003. He joined Nez and Lizer as they laid a wreath at a memorial site at Navajo Veterans Memorial Park.

The fallen warriors include:

“On Gold Star Families Day, we honor the memory and bravery of every lost soldier, and we humbly grieve with their families,” Lizer said. “Gold Star Diné Families deserve our utmost respect, admiration, and support for their resilience and strength. We will never know the extent of their experiences and sacrifices, but shouldering their grief, they find the courage and conviction to move forward and transform their heartache into hope.”