A Historic Gathering of Navajo Leaders at Inauguration 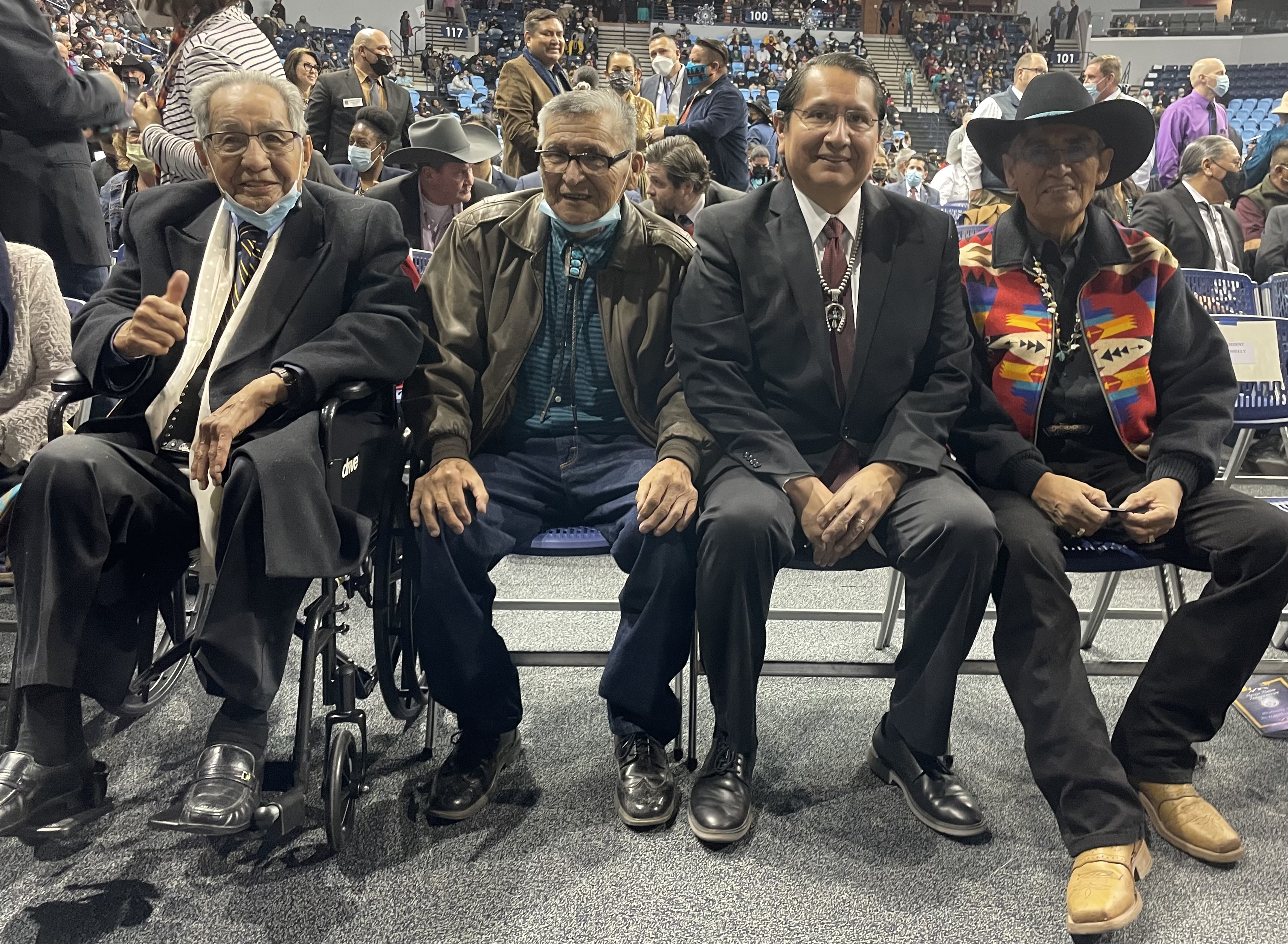 FORT DEFIANCE, Ariz. — For the duration of the Navajo inauguration ceremony on Tuesday, four past leaders of the Navajo Nation sat together in the front row for a historic photo. They all were present at the Dee Hółdzil Event Center at the Window Rock High School in Fort Defiance, Arizona.

Sitting there, they represented a lot of history for the Navajo Nation, which sits on the largest reservation in Indian Country. Combined the four leaders led the Navajo Nation for a total of 35 years.

In attendance to witness the swearing in of Navajo Nation President Buu Nygren, the youngest person to ever lead the tribe, were outgoing President Jonathan Nez,  former presidents  Dr. Joe Shirley, Jr., and Ben Shelly. Also in attendance was Peter McDonald, who served as chairman of the Navajo Nation. After McDonald served as chairman, the top leader position was named president.

McDonald, 95, who sat in a wheelchair, was a popular figure among the former Navajo leaders.

McDonald currently serves as the president of the Navajo Code Talker Association.

Dr. Joe Shirley, 75, who wore a traditional vest and a black cowboy hat, served as president from January 14, 2003 to January 11, 2011. Shirley is the only person since 1991, when the position was established, to serve two terms as president of the Navajo Nation.

Shirley sought a third term during the 2018 election. His running mate was the current president, Buu Nygren.

Jonathan Nez, 47, succeeded Russell Begaye, who was not present on Tuesday. Nez served from January 15, 2019 until Tuesday. His mark on history will be that he presided over the tribal nation during the COVID-19 pandemic.

In his inaugural address, Nygren thanked Nez for serving the Navajo Nation during the COVID-19 pandemic, which afflicted over 80,000 Navajo citizens and caused the death of almost 2,000.

There were a lot of smiles on the faces of the past Navajo Nation on Tuesday.