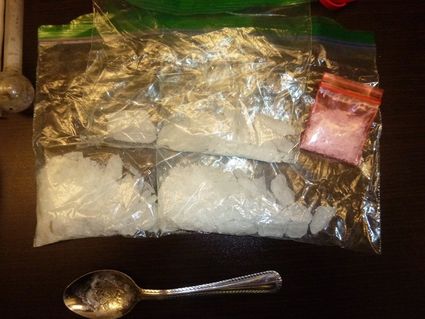 MINNEAPOLIS —Three members of the Native Mob gang were sentenced to federal prison on Wednesday for acts of violence and distribution of methamphetamine to several communities in northern Minnesota including the Leech Lake and Red Lake Indian Reservations.

Robin Lee Lussier, 32, Willard Duane Reed, III, 26, and Joshua Adam Hanks, 25, were active members of the Native Mob, a regional criminal organization established in Minneapolis in the early 1990s. According to court documents, between December 1, 2015 and January 1, 2019, Lussier and Reed led a conspiracy to distribute large quantities of methamphetamine throughout northern Minnesota, including the Leech Lake and Red Lake Indian Reservations.

In the past few years, gang activity has increased on Indian Reservations and in federal and state prison systems throughout the United States, according to Bureau of Justice Statistics.

According to the Federal Bureau of Investigation (FBI), the Native Mob originated in Minneapolis in the early 1990s. Members engaged in drug trafficking, assault, robbery, and other violent crime including murder. With membership estimated at more than 200, the Native Mob is considered one of the largest and most violent Native American gangs in the United States and is most active in Minnesota and Wisconsin.

Some gangs in Indian Country utilize Indian Reservations to facilitate and expand their criminal operations, which are mainly related to drugs. Some of the most violent crimes in recent years in Minnesota have been committed by admitted members of the Native Mob, including a 29-year-old man who was sentenced to more than nine years in federal prison for shooting his sister's boyfriend in the back of the head at a funeral on the Fond du Lac Reservation in 2019. Also in 2019, a Fond du Lac Ojibwe man was sentenced to 30 years in federal prison for an attempted murder of a witness. The witness was shot in the back in October 2017 as retaliation for testifying against Native Mob gang members in a racketeering trial in 2013.