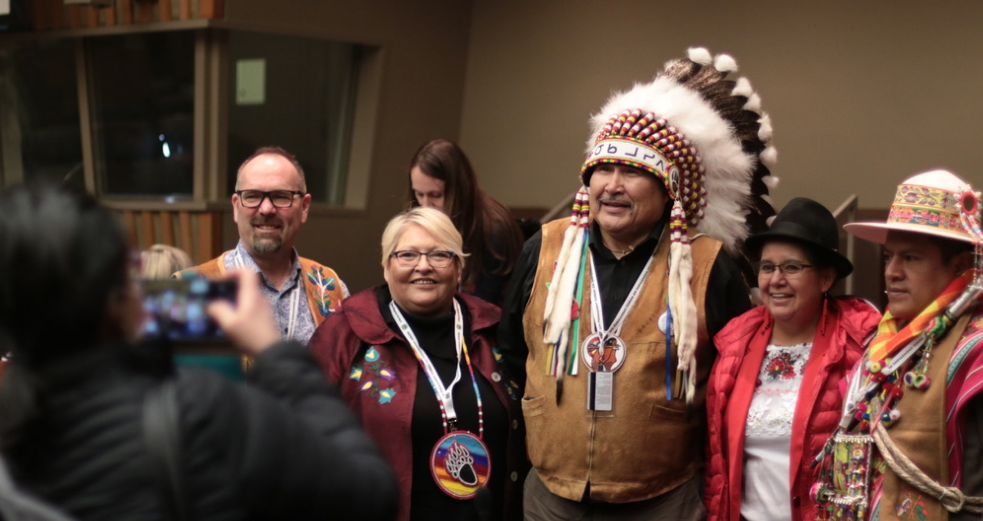 Jenna is Native News Online’s senior reporter and has been covering the largest annual gathering of Indigenous People from around the world for two weeks.

As she is sitting outside the main conference room surrounded by delegates from all over the world, she describes what the last two weeks have been like.

“There has been so much content on the floor,” she says. “One of the most interesting things for me has been to see the throughline that all of these Indigenous Peoples’ organizations have come to the UN from all over the world saying a lot of the same things. They’re saying that their country, despite what the members on the other side of the room will tell you, that they're not doing a thorough enough job of implementing the United Nations Declaration of Right of Indigenous Peoples.”

Watch the whole interview below: