WASHINGTON — Voting in elections is one the most significant ways to have your voice heard. So if you are not registered to vote, there is still time. 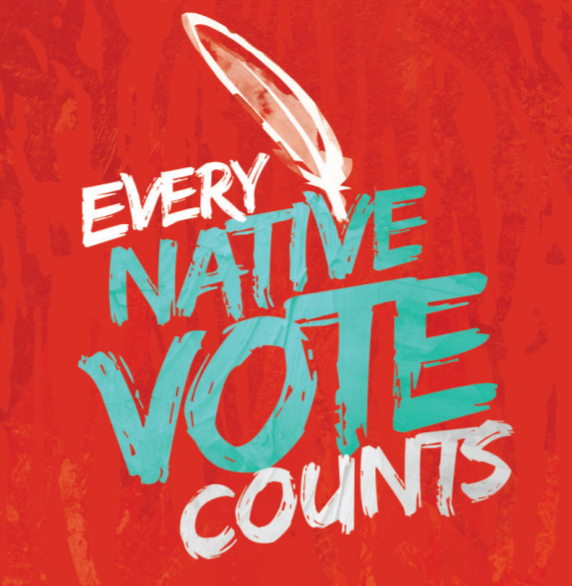 To bring awareness to the importance of registering to vote, the National Congress of American Indians (NCAI) is hosting a special “Taking Action in 2020 Livestream” on Tuesday, which has been designated as National Voter Registration Day.

The event will be broadcast on NCAI’s Facebook page at 3:00 p.m. EDT and will feature special guests involved in voter registration efforts throughout Indian Country. NCAI President Fawn Sharp will be joined by Rep. Ruth Buffalo, the first Native American Democratic woman elected to the North Dakota House of Representatives, and other special guests from key swing states around the country.

With a growing national debate over issues important to Indian Country, such as energy, education, and the environment, it is vital that Native voices are included and heard.

In order to have Native voices heard in this election, you must be registered to vote.

For OJ Seamans Sr., executive director of Four Directions, the 2020 election is one of the most important for Native Americans.

“This election should be one of the most important elections Indian Country will be involved in for years to come, we have the Remove the Stain Act bills in the House and Senate, the Dakota Access Pipeline was allowed to continue because of a Presidential signature, we are in Federal Court on KXL and we continue to fight for equality for our people to participate in the electoral process, these are just some of the reasons we will make our voices heard,” Seamans said.

NCAI urges organizations and members of the public to join in on National Voter Registration Day to highlight the importance of voter registration and the power of the Native vote.

For more information about the “Taking Action in 2020” event, please click here and join here to watch the event live on Tuesday.

To register to vote, go to https://nationalvoterregistrationday.org/register-to-vote/?source=NCAI and to learn more about NCAI’s Native Vote initiative, visit http://www.nativevote.org/