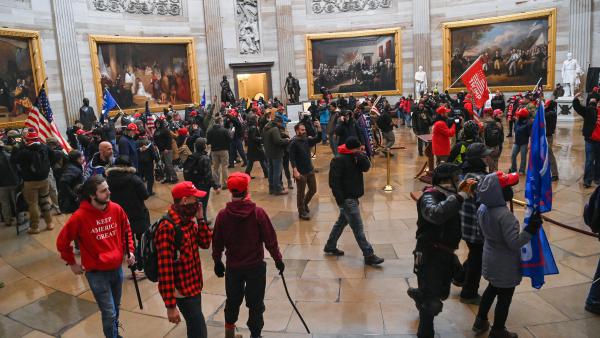 WASHINGTON — After the storming of the U.S. Capitol on Wednesday by pro-Trump supporters that resulted in violence that contributed to five deaths, the National Congress of American Indians (NCAI) Administrative Board Officers met in response to the events surrounding the insurrection at the U.S. Capitol and released the following statement:

“This week, as hundreds of thousands of Americans continue to die on a daily basis and millions more suffer the effects of the Covid-19 pandemic, the President of the United States chose to incite his supporters to launch a violent and uncivilized attack on our democracy, which led to destruction of public property and unfortunately the death of several American citizens. The actions of those who breached the U.S. Capitol building put the lives and liberties of many in danger. These actions, incited by President Trump and his enablers, are rooted in systemic and acute racism and hate, and represent direct attacks on our democracy.

As leaders of our own tribal nations, we understand the sacred duty undertaken by those chosen to serve their people to uphold the rule of law and the will of the people. Above all else, we value the sanctity of life. No nation should tolerate a leader who obstructs or brings harm to the peaceful democratic process and the citizens we are sworn to protect. We also understand that as leaders we have an obligation not only to our citizens today, but also to the future generations. The actions of the current President and the forces that brought him to power will have impacts for generations to come.

We commend Congress for resuming their work under unthinkable circumstances to perform their Constitutional duty and accept the certification of the free and fair election of President-Elect Joe Biden and Vice President-Elect Kamala Harris. As the Congress and the new Administration lead us through a period of national healing and beyond, we urge those responsible for this week’s events to be held accountable under the fullest extent of the law, including President Trump. No one is above the law.

We also call for a return to civility in our political discourse, and also for a true reckoning regarding the forces of racism and hate that have led us to this current moment.

Our prayers go out to the lawmakers, journalists, police officers, and many staffers who were put in harm’s way at the U.S. Capitol this week.”