Without getting into specifics, the Sault Ste. Marie of Chippewa Indians board of directors through a motion, on Tuesday, Jan. 4, 2022, censured Chairperson Aaron Payment for a variety of reasons (see below) that were worded broadly. 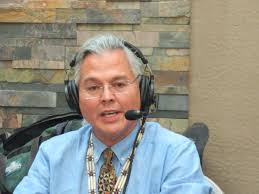 The censure comes with actions by the board of directors that will apparently cause Payment to have to vacate his position as recording secretary of the National Congress of Americans (NCAI).

According to a document obtained by Native News Online, the tribal board of directors in its motion to censure Payment adds “…Removes the Chairperson from any/all internal committees (with the exception of those established by Tribal Code) and external committees that are the result of the Tribes Membership with their respective organizations. Notice of which shall be provided by the Tribes Executive Director.”

Payment was unanimously elected to serve as recording secretary of NCAI, the largest national American Indian organization in the country, in October 2021, after serving as NCAI’s first vice president for two terms.

Additionally, Payment serves as president of the Midwest Alliance of Sovereign Tribes (MAST) and the United Tribes of Michigan.

“Clearly the Board of Directors violated our Tribal Constitution by not noticing this action item five days in advance. Next, they conspired outside of a meeting to draft up this action that they sprung at the meeting. They also kept their actions secret from Directors Freiheit and Lowes. This too violates our Open Meetings Act, Tribal Constitution and in itself REMOVABLE.”

Payment added to Native News Online: "The Sault Tribe Board's action is nothing short of a political coup not unlike that in banana republics. Voters of the Tribe recently reelected me with the greatest margin for Chairperson in more than a quarter of a century. The Board's action are unwarranted and inconsistent with the will of the Sault Tribe voters... To vote to eliminate the national level work I do for my tribe and all tribes is out of spite and retribution."

The motion to censure Payment says the board of directors “authorizes the Executive Director, with the assistance of the Tribes Legal Counsel, to contract and retain an external Firm to investigate and address the conduct of the Tribal Chairperson.”

The motion does not specify an end date when an investigation should be completed.

Payment will remain as chairperson of the tribe, which is the most populated tribe east of the Mississippi River.

The Sault Tribe Board of Directors finds that Tribal Chairperson, Aaron Payment, has:

Payment was reelected chairperson of the tribe on June 25, 2020 with 57.5 percent of the votes cast. Payment received 3,892 votes compared to 2,877 cast for Jennifer McLeod, his opponent.

There were no responses to requests for comments to several board of directors and the tribe’s legal counsel from Native News Online at press time.

This story has been updated to include a statement from Payment.