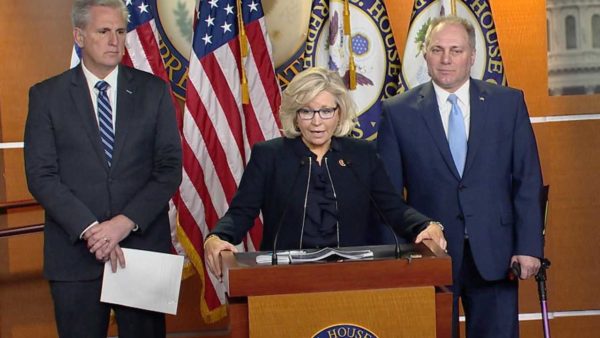 One of the largest tribal-plaintiff alliances in recent memory prevailed in the landmark case, Crow Tribe et al v. Zinke last September, when US District Judge Dana Christensen ruled in favor of the tribes and environmental groups after finding that the Trump Administration’s US Fish and Wildlife Service (USFWS) had failed to abide by the ESA and exceeded its authority in attempting to remove federal protections from the grizzly. Tuesday, USFWS officially returned federal protections to the grizzly.

Removing protections from the bear, revered as sacred to a multitude of tribes, would have left the grizzly vulnerable to high-dollar trophy hunts and lifted leasing restrictions on some 34,375 square miles. Extractive industry, livestock and logging interests are among those desirous of capitalizing on the area, a region comprised of tribal treaty, reserved rights and ceded lands.

“If this wasn’t Liz Cheney and the era of the Trump Administration, you might be rendered speechless by the insensitivity and mendacity of the statement,” said Tom Rodgers, a Senior Adviser to the Rocky Mountain Tribal Leaders Council (RMTLC), who testified at May’s Congressional hearing on The Tribal Heritage and Grizzly Bear Protection Act. HR 2532, introduced by House Natural Resources Committee Chairman Raul Grijalva, was inspired by the Grizzly Treaty signed by over 200 Tribal Nations.

“So, in striving to protect our culture, our religious and spiritual freedoms, our sovereignty and our treaty rights – all of which are encapsulated in the grizzly issue – we are ‘destroying’ Cheney’s idea of the ‘Western way of life’?” questioned Rodgers. “I would remind the Congresswoman that at the time of the Lewis and Clark Expedition an estimated 100,000 grizzly bears roamed from the Missouri River to the Pacific Coast. That was all Indian Country. Now there are fewer than 2,000 grizzly bears and our people live in Third World conditions on meager reservations in the poorest counties in the US. Does she really want to talk about ‘destroying’ a ‘way of life’?” asked Rodgers.

“Unfortunately, it comes as no surprise that recent attempts by the Administration to remove protections for the grizzly, as well as blatant disregard for proper Tribal consultation, warrant our attention,” commented Congressman Joe Neguse (D-CO), who chaired the hearing on HR 2532. Rodgers’ written response to a question by Rep. Neguse traces contemporary wildlife management practices employed by the USFWS and the states back to the Doctrine of Discovery. The account, which has been widely praised by organizations including Sierra Club and Earth Justice, is posted in the Congressional Record (https://docs.house.gov/meetings/II/II13/20190515/109483/HHRG-116-II13-20190515-QFR003.pdf).

“That response is vital for our people. I urge everybody to read it. We must be aware of where, why and how the status-quo came to be and understand that these actions consistently undermine tribal sovereignty and disenfranchise our people,” said Lynnette Grey Bull, Senior Vice President of Global Indigenous Council, who also testified at the hearing.

Cheney contends that, “the ruling that forced today’s action was both needless and harmful to the ecosystem, which is why I introduced legislation earlier this year to reinstate the original, science-based decision by the U.S. Fish and Wildlife Service to delist the grizzly and prevent future court action on the delisting, returning management of the grizzly back to the state where it belongs.”

Tribal Nations, including the Oglala Sioux Tribe which petitioned for a Congressional inquiry into the influence of multi-national fossil-fuel corporations on FWS’s grizzly delisting decision, previously exposed the role of extractive industry in the process. USFWS engaged multinational oil and gas services group, Amec Foster Wheeler, for the peer review of its grizzly delisting rule that tribes and environmental groups deconstructed in court. Amec Foster Wheeler appointed Halliburton executive Jonathan Lewis as CEO in the same timeframe as USFWS contracted the company.

“That puts ‘harmful to the ecosystem’ into its true context,” responded Rodgers. “The Cheney family’s connections to Halliburton hardly needs elaborating upon,” added Chief Stan Grier, President of the Blackfoot Confederacy Chiefs. Grier and Blackfeet Chairman, Tim Davis, are at the forefront of the effort to stop the grizzly being delisted and trophy hunted in the Glacier National Park region, the heartland of Blackfoot Confederacy territory.

Cheney’s attempt to legislatively “prevent future court action on the delisting” was previously challenged by a coalition of tribes in testimony to the US Senate Environment and Public Works Committee.

“Any attempt . . . to legislatively nullify the Court’s ruling in Crow Tribe et al v. Zinke - to once again strip ESA protections from the grizzly bear - will, in addition to defying the Court, suborn the federal-Indian trust responsibility.  Given that the Constitution states, ‘all treaties made, or which shall be made, under the authority of the United States, shall be the supreme law of the land,’ the rights of Indian tribes cannot be treated as ‘temporary and precarious,’ as would be the case if Crow Tribe et al v. Zinke was legislatively subverted,” submitted the RMTLC, the Great Plains Tribal Chairman’s Association and the Blackfoot Confederacy.