CHICAGO — Under blue skies, some 175 American Indians and allies gathered near Chicago, at the River Trail Nature Center in Northbrook, Illinois, to attend the "#MMIW: Gone Missing: #No More Stolen Sisters" event on Saturday, May 1. 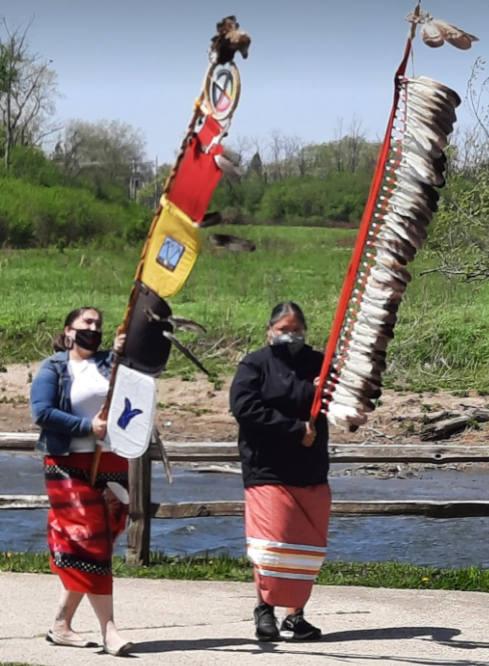 The purpose of the event was to honor the missing and murdered Indigenous women. Attendees heard speakers discuss the problem that is often overlooked in the United States. Organizers of the event felt it important to bring attention to the issue that is of epidemic proportions in Indian Country and discuss the lack of justice for the thousands of stolen Native sisters and their families.

Shannon Martin (Gun Lake Tribe) served as the emcee of the event. Photographs by Punkin Shananaquet.