A candlelight vigil will be held on Sunday, Jan. 2, 2022, in Bemidji, Minn. for a missing Native American teen who was last seen in late October 2021. 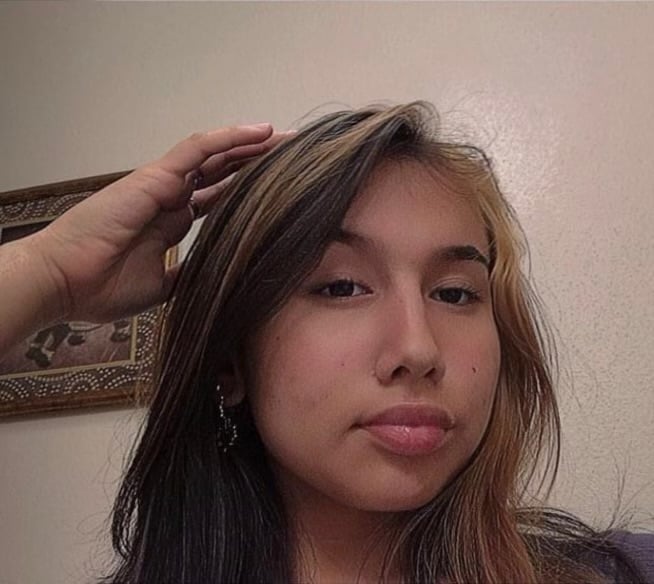 Nevaeh Kingbird, 15, was seen leaving a party on the south side of Bemidji on Oct. 22 about 1 a.m. About an hour later, she was seen leaving a residence. No one in her family or circle of friends has heard from her since that night.

According the Bemidji Police Department, Kingbird was first reported as a runaway. As the weeks turned into months since her disappearance, the case is now being investigated.

On Friday, the Bemidji Police Department asked the public to assist and voiced concern about false information relating to Kingbird’s disappearance posted on social media.

In a release on Friday, the Bemidji police said:

"Recently we were made aware of a social media post indicating that Nevaeh was abducted on the “north end” by an African American male driving a vehicle with Louisiana license plates. Our team of detectives, with help from the BCA, have followed this specific lead and determined that the information appears to have originated from an incident that was posted on social media in Oklahoma on December 30th, 2021. This incident does not appear to have a connection to Nevaeh’s disappearance. However, this information continues to spread on social media and as it does, the details change. A recent post brought to our attention indicates similar details except the location mentioned is north Minneapolis. With the significant issues surrounding Missing and Murdered Indigenous Women (MMIW) we recognize the desire for everyone to want to help in locating Nevaeh Kingbird. However, when a story spreads across social media and changes with every share or re-post it consumes a lot of investigative resources."

In recent weeks, Kingbird’s family and friends have conducted searches in the Bemidji area to locate her.

Kingbird is described as 5-foot-4. She weighs around 120 pounds. She was last seen wearing jeans, athletic slide shoes and outerwear. She has long dark colored hair with highlights, brown eyes, and a scar near her left eyebrow.

Anyone with information about the whereabouts of Nevaeh Kingbird is asked to call Bemidji police at 218-333-9111, or submit an anonymous tip at Crime Stoppers of Minnesota.

The candle vigil is 4:30 p.m. Sunday, Jan. 2, at the Lake Bemidji waterfront near the Paul Bunyan and Babe the Blue Ox statues. 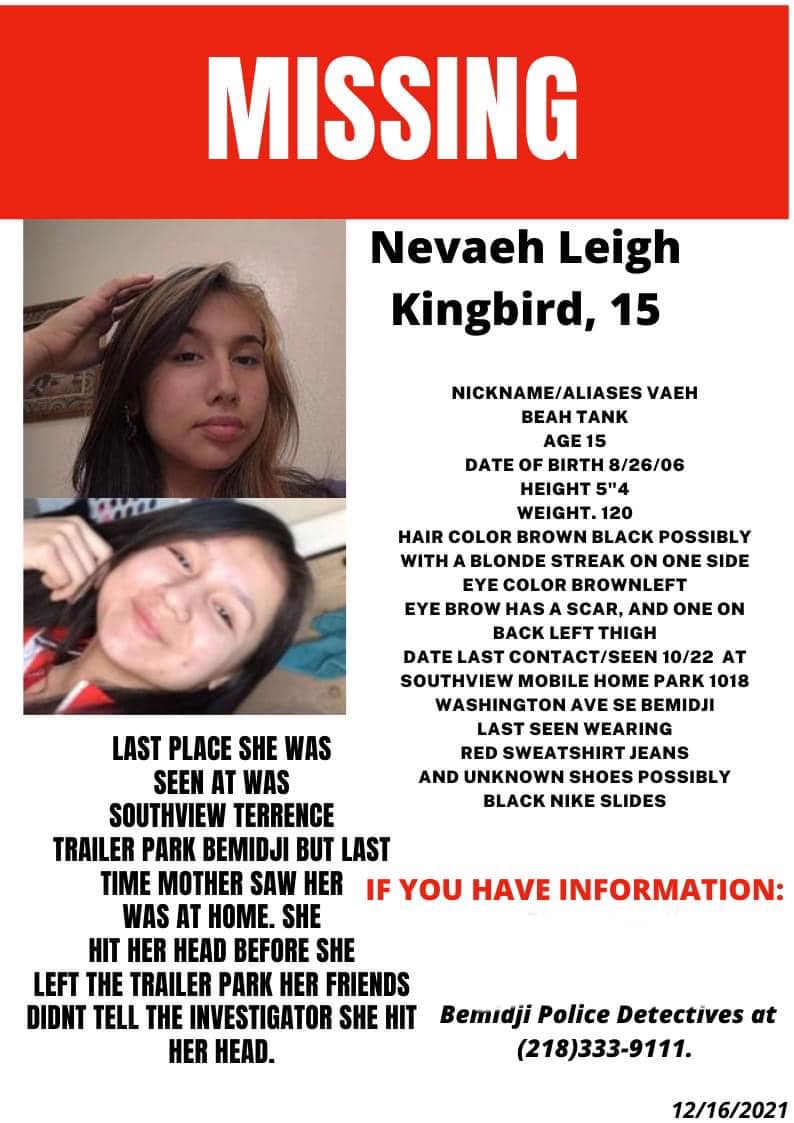