Minnesota Court of Appeals Upholds Permits for Enbridge’s Line 3; With Eviction Notice Due to Expire, Water Protectors Vow to Stay Camped at the Banks of the Mississippi 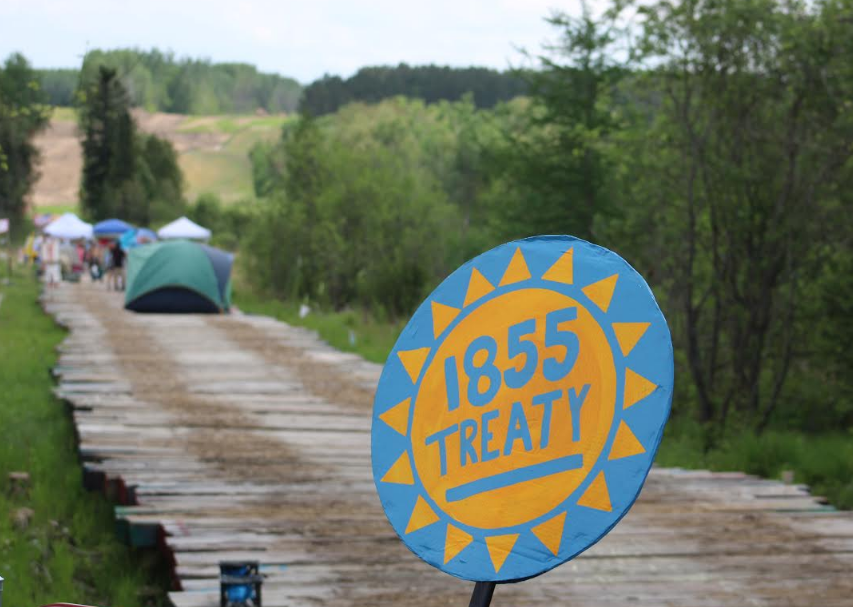 ST. PAUL, Minn.— The Minnesota Court of Appeals ruled on Monday that the Public Utilities Commission’s (PUC) approval of Enbridge’s Line 3 is valid. The Red Lake Indian Nation, White Earth Band of Ojibwe, Mille Lacs Band of Ojibwe, the Minnesota Department of Commerce and other organizations challenged the PUC’s approval of the controversial Line 3 replacement project by filing an appeal.

“The people of the White Earth Band of Ojibwe are very disappointed in this decision by the Minnesota Court of Appeals,” White Earth Band of Ojibwe Tribal Chairman Mike Fairbanks said in a press conference. “The camps that are put in place, they’re all located on public, state lands which is our land to exercise our treaty rights. I’m very proud and amazed of the women who are leading these camps.”

Chairman Fairbanks commented in a press conference that the Bureau of Indian Affairs, the Department of Justice and President Biden may have to get involved to avoid another “Standing Rock situation”.

“The decision today by the Minnesota Court of Appeals is disappointing, but our fight for our water continues,” said Tara Houska, founder of Giniw Collective. “The intervention by the Army Corps of Engineers must be swift, there are hundreds of crossings at rivers on this pipeline’s route.”

Yesterday, Enbridge delivered a letter to Clearwater County Sheriff Darin Halverson citing Fire Light Camp and those camping there are trespassing. Fire Light Camp was founded on June 7th after a demonstration brought more than 2,000 people to northern Minnesota to protest against Enbridge’s Line 3 replacement project. Many, including Ojibwe tribes, argue that the project threatens many waterways and, therefore, their treaty rights.

Camp Fire Light is within 10 miles from the Mississippi headwaters in Minnesota and led by the RISE Coalition. Leadership says that the occupation will continue as frontline water protectors continue to call on President Biden to stop Line 3.

“Enbridge hereby provides notice that any implied consent to the present of this group of individuals is hereby withdrawn and revoked and it hereby demands that all persons not specifically authorized by Enbridge or its contractors to be on the construction site and the premises shall immediately depart from the construction site and premises and they are strictly prohibited from re-entering,” Enbridge wrote to Clearwater County Sheriff Darin Halverson on June 12, 2021.

“That letter is full of lies, and we reject that letter,” said RISE Co-Founder Dawn Goodwin. “We requested a letter without lies.”

As of press time, reports by people on the ground share that there is a large police presence in in the hundreds in the nearby town of Bagley, Minnesota. Camp Fire Light is currently being packed up with warnings that removal with arrests will begin at 5:00 pm.

“Our fight will continue,” said Houska.

Ojibwe tribes and others have been opposing the construction of Line 3 across Minnesota since it was proposed in 2014. Since construction began in December of last year, many have delayed construction through non-violent direct action and peaceful protest. More than 350 people have already been arrested protesting construction.