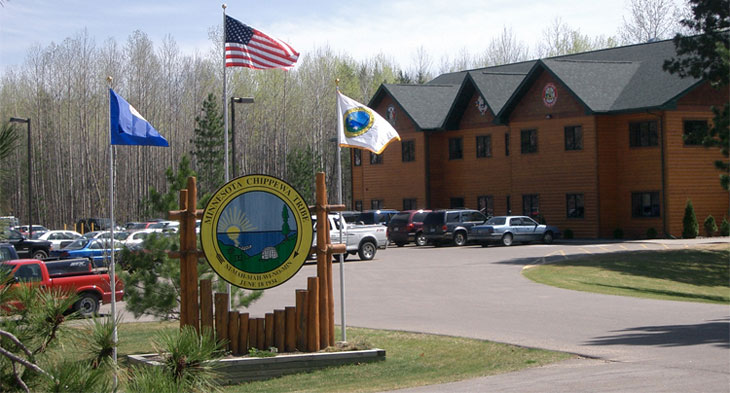 MINNESOTA—On Wednesday, 7,470 enrolled citizens of the Minnesota Chippewa Tribe (MCT) voted in a non-binding referendum on whether to remove or keep the blood quantum requirement to be enrolled in the tribe, and whether the six member tribes of the MCT can determine their own membership requirements individually.

“A non-binding referendum means that the outcome of this vote will not bind the Minnesota Chippewa Tribe’s Executive Committee to taking any particular action at this time,” said Melanie Benjamin, Chief Executive of the Mille Lacs Band of Ojibwe on May 3. “It is not a decision-making vote. The purpose of the non-binding referendum vote is to get an idea of the thoughts and opinions of MCT membership about enrollment.”

Nearly 4,800 citizens voted “yes” to remove the blood quantum requirement to be enrolled in the MCT, and 2,629 voted “no”, according to the Minnesota Chippewa Tribe.

About 4,200 citizens voted “yes” for the six individual membership tribes (Bands) to determine their own membership requirements determined by each Band Ordinance, while nearly 3,000 voted “no.”

“This non-binding referendum vote is the very first step in what would be a long process of changing the constitution regarding enrollment. The [tribal executive committee] just wants to see how MCT membership are thinking about enrollment.

There are six Chippewa Bands that comprise the MCT, a federally recognized tribal government—Bois Forte, Fond du Lac, Grand Portage, Leech Lake, Mille Lacs, and the White Earth Band of Ojibwe. As of April 19, 2022, there are 40,913 people enrolled in the Minnesota Chippewa Tribe.

The Minnesota Chippewa Tribe was created on June 18, 1934 and is the organized government for six Chippewa, or Ojibwe, bands in the state of Minnesota. The MCT and its governmental powers are divided between the tribe, and the individual bands, which directly operate their reservations.

The United States federal government implemented the 1/4 degree of Indian blood (“blood quantum”) as a criteria for services provided by the government after the Indian Reorganization Act of 1934 and pressured many tribes to do the same.

After the Indian Reorganization Act passed, the Minnesota Chippewa Tribe’s Executive Committee passed resolutions to continue with lineal descent as the enrollment criteria, however the Secretary of the Interior, would not approve them.

Citizenship criteria of the MCT began when the first constitution was approved in 1936, with lineal descent considered the criteria to become recognized as a member of the MCT.

In 1961, MCT’s enrollment criteria was changed to require one-quarter degree of MCT blood as the new criteria for enrollment. “All children of at least one quarter (1/4) degree Minnesota Chippewa Indian blood born after July 3, 1961, to a member, provided that an application for enrollment was or is filed with the Secretary of Tribal Delegates or the Tribal Executive Committee within one year after the date of birth of such children,” says the Minnesota Chippewa Tribe’s Constitution.

Since enrollment was changed to blood quantum, the number of enrolled members has steadily declined.

Today, the most common enrollment criteria used by tribes is blood quantum, or a minimum of one-quarter (1/4) degree of Indian blood from only one federally recognized tribe. Some of the largest tribes in the U.S., like the Cherokee Nation of Oklahoma and the Tohono O’odham Nation (Arizona), don’t require blood quantum, but direct lineage to when the original rolls were calculated after the passing of the Indian Reorganization Act.

““I am in support of changing blood quantum requirements that ensures enrollment protects our rights, citizenship, and resources,” she said.

“Being enrolled in a tribe is also about protecting land and resources, not to take them, and there are people who are looking to be enrolled to exploit those resources.”