Mark Banks, Entertainer and the Brother of Dennis Banks, Passes Away at 89

DEER RIVER, Minn. — Mark Banks, who made a name for himself as a disc jockey and television host under the name of Johnny West, began his journey to the spirit world on Tuesday in Deer River, Minn., near the Leech Lake Indian Reservation, where he was born. He was 89. 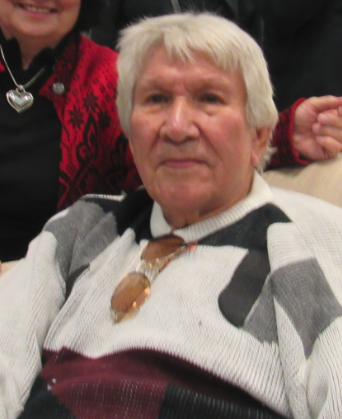 Banks, the older brother of American Indian Movement (AIM) co-founder Dennis Banks and the son of Frank Dick and Annie Banks, was given his Ojibwe name Ogemahwahjewabe. As a boy, he was taken from his familial home and sent to Indian boarding schools at Pipestone, Minn. and Flandreau, S.D.

After his schooling, he served in the U.S. Air Force. Returning home to Minnesota, he attended Brown Institute in Minneapolis and became a successful disk jockey and worked at various radio stations in the Great Lakes region. As his talents developed into a successful radio announcer, Banks moved into acting in television and film. He moved to southern California. Under the stage name Johnny West, he got his start with the legendary comedian Jonathan Winters. Mark’s TV credits include “The Mary Tyler Moore Show,” “Barney Miller,” and “The Bob Newhart Show.” He was a member of the Screen Actors Guild, and the American Federation of Television and Radio Artists.

By the time Dennis Banks led the takeover of Wounded Knee in 1973, Mark Banks was well versed in working the media. Because of his connections in the media, he was able to deliver behind-the-scenes stories about the Wounded Knee occupation by AIM. During this period of time, he was called upon to facilitate multicultural understanding to national media outlets and gain support from celebrities for AIM efforts, including Marlon Brando.

Since he went by Johnny West, Banks told Native News Online in 2017 he had his brother Dennis on his show as AIM was gaining national notoriety and never revealed they were brothers to the audience.

Speaking at a ceremony held after Dennis passed away in Oct. 2017, Mark spoke endearingly about his brother.

"I always paid attention to what he was doing. Whether it was at Wounded Knee or when he led AIM during the takeover of the BIA building in Washington, I was watching. Our mother would have been proud of us. I was always proud of my brother. I love my brother," he said.

"When I was young, I remember hearing my mother hollering in her room with her sister by her side. Dennis was being born. I heard him take his first breath. And, this past Sunday, I was with him when he took his last breath," Banks said at the ceremony.

A private burial service will be held August 28 at Battle Point Cemetery; at a later date, the family will gather for a celebration of Mark’s life.

In a statement released by his family to Native News Online, the family writes: “He was a sweet, kind, intelligent, generous, highly-accomplished, hilarious and happy man.”

Wishelle Banks, daughter of Mark Banks, wrote the obituary. Parts of it were used for this article.