Listen to 'The Census Powwow,' a Podcast From Snap Judgment 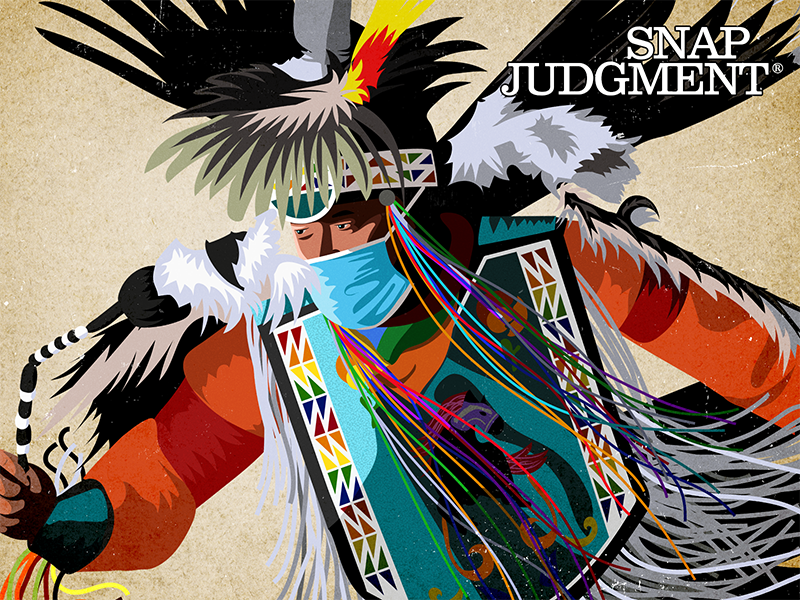 When 27-year-old tribal government worker Cheyenne Brady was enlisted by the Census Bureau to count every person on her reservation, she had no idea where to start—or where she’d end up. Against the backdrop of 2020, this hour-long Snap Judgment piece follows Cheyenne in a race against time, history, and bureaucracy, culminating in the first-ever Census Powwow. It is a story told exclusively by Native voices about what it means to count and be counted in America.

[EDITOR’S NOTE: This podcast episode was produced by Snap Judgment and PRX. Snap Judgment is heard on 450 public radio stations in the U.S., and the podcast is free and available on-demand across listening platforms.]

Reporting for “The Census Powwow” episode began with this fact: the United States has never accurately counted every Native American in the United States. In 1990, the Census Bureau missed more than one in ten people on reservations and only slightly improved this figure by 2010. This amounts to direct real-world consequences: each uncounted Native person costs their tribe about $3,000. On reservations, where tribes and their citizens often rely on the federal government for funding, this affects housing, education, healthcare and even roads. One uncounted person could be the difference between a mother being able to send her kids to daycare or a hospital being able to afford an ambulance. It’s subtle and bureaucratic, but incredibly consequential. In fact, one commentator has called it “a paper genocide.”

For eight months, Snap Judgment followed Cheyenne Brady’s journey through interviews and audio diaries. She candidly discussed her hopes and fears as she struggled to raise the count while countering distrust in a community where the federal government perpetrated colonial genocide.

Writer Julian Brave-Noisecat, member of the Canim Lake Band Tsq’escen and descendant of the Lil’Wat Nation of Mount Currie, reported, wrote, and narrated the story.

There are zero non-Native voices in this story.

Snap Judgment also worked with the local radio station on Cheyenne’s reservation to air “The Census Powwow," and partnered with Native sound recordists and photographers in the area to source audio and graphics.

“The Census Powwow” also tells a story not previously heard: the deliberate flooding of the Fort Berthold reservation. It corroborates other investigative reporting on the 2020 Census, such as the fact that enumerators were sent to the same households multiple times.

"The Census Powwow" story also evolves into exploring: erasure, visibility, historical trauma, Native joy and the culture of the Mandan, Hidatsa and Arikara in an under-reported part of the country.