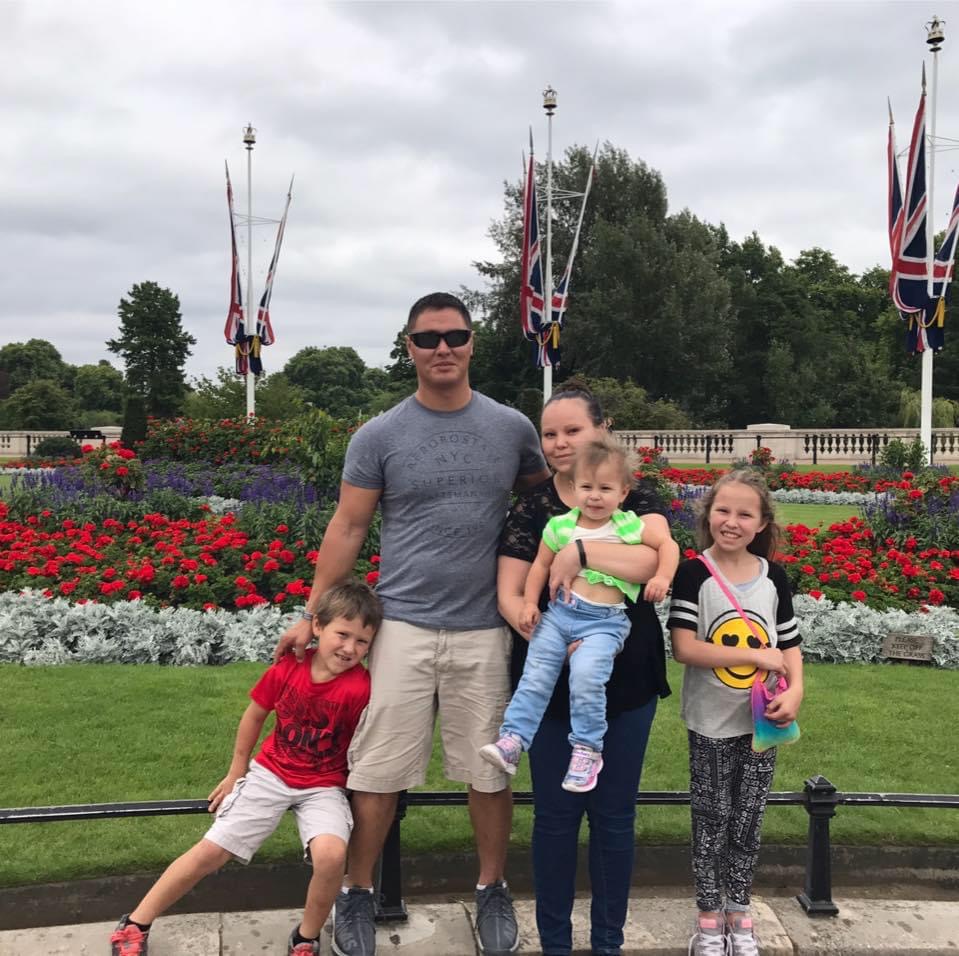 CASE LAKE, Minn. — U.S. Air Force Tech Sergeant Michael Morris, a member of the Leech Lake Band of Ojibwe (Minnesota), passed away from Covid-19 while stationed at Aviano NATO Base in northeastern Italy on Jan. 12, 2021. Morris, 36, is said to be the first member of the U.S. Air Force to die of the virus while on active duty. To date, there have been four active members of the military to die of the coronavirus, according to a report published on military.com.

Of all branches of the U.S. military, Morris is the first American Indian to die of the virus while on active duty.

His wife, Amanda Morris, didn’t find out about his passing until the next day from a relative of her husband while she was home visiting family.

“He passed on our youngest daughter’s (Makenna Morris) 5th birthday,” Amanda said in an interview with Native News Online. “My heart was broken for our kids. This is devastating.”

Sgt. Morris’s body didn’t return to the United States until Friday, Jan. 29, more than two weeks after his passing. His family held a private funeral on Tuesday, Feb 2, and he was buried at the Leech Lake Veterans Ceremony in Cass Lake, Minn.

“I was really anxious to get him home,” Amanda said. “It didn’t seem real until I got to see him.”

His supervisor, Master Sergeant Dustin Curlee, escorted Sgt. Morris’s body for the entire journey, from Italy to the Leech Lake Indian Reservation, where he had full military honors along with a drum service at his funeral. His Anishinaabe name is “Gwi wi zens,” meaning “boy” in the Anishinaabe language.

“He was a very caring person, and he touched so many people’s lives in his short life,” Amanda said. “Very well liked and always smiling.”

"The Airmen of the 31st Aircraft Maintenance Squadron at Aviano are deeply saddened by this loss," squadron commander Maj. Christopher Clark said in a statement on Thursday, Jan. 14. "Mike was well known and highly respected in our community. He was a friend to many and we'll miss him dearly."

Michael Morris joined the Air Force in 2006 and was deployed three times to Iraq, twice to Afghanistan and once to Sicily, Italy, according to his obituary. His awards and decorations include four Air Force Commendation Medals, two Afghanistan Campaign Medals and one Iraq Campaign Medal.

Sgt. Morris’s death due to the coronavirus was a complete shock to many. Amanda said he took the proper precautions, wore a mask, sanitized regularly and only traveled to the store to get essential items. “Why him, out of all people?” Amanda said. “He was so healthy and it doesn’t make any sense to me.”

“Michael’s passing is a stark reminder of how even our Ogitichidaag (warriors) can be affected by the coronavirus,” said Minn. State Rep. Jamie Becker-Finn. “Even the healthiest among our people are impacted by this.”

Rep. Becker-Finn is the chair of the House Judiciary Committee for the Minnesota state government and a relative of Sgt. Morris. She is a descendant of the Leech Lake Band of Ojibwe.

Michael and Amanda were married for 13 years, with their 14th anniversary approaching in April. They have three children — daughters Matehya and Makenna and son Brayden — and have started a GoFundMe for funeral expenses.