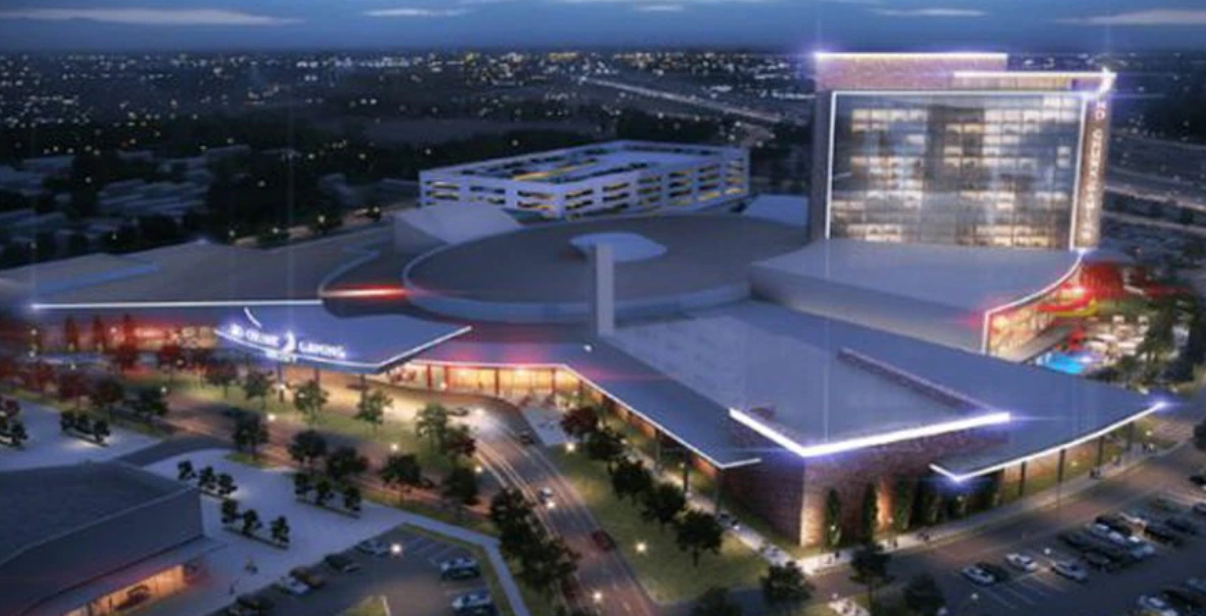 Details
By Levi Rickert and Neely Bardwell
May 18, 2022

Leaders of the Ho-Chunk Nation received exciting news on Friday, May 13, 2022, from the U.S. Department of the Interior when Assistant Secretary - Indian Affairs called to announce the tribe’s 33-acres in Beloit, Wisconsin was put into trust by the Bureau of Indian Affairs.

The announcement sets in motion the Ho-Chunk Nation’s planned project to construct a $405 million casino in Beloit, The project plans to build one of the largest casinos in the state. It will also include a waterpark, hotel, and convention center–all of which will be built at a later date. Construction is planned to start later this year.

Beloit is near the Wisconsin and Illinois border. The casino is expected to be a magnet to attrack gamblers from nearby Chicago, the country's third-largest metropolitan area.

“The Beloit project will be underway just as we are reckoning with the economic uncertainty and confident recovery from the pandemic. This investment in gaming will bring back several times the return so that we can invest in other economic opportunities as well as addressing the critical needs of our people,” Ho-Chunk Nation Legislature Vice President Karena Thundercloud said in a statement on Friday. “We know that this project will keep our Nation strong.”

Twelve Clans, Inc. Sovereign Wealth Fund (Section 17 Wholly Owned by the Ho-Chunk Nation), the entity focused on investments and building the tribal economy, is set to move forward with a proposal to support the overall development and success of the casino and surrounding area. It is not uncommon for tribal business entities to participate in a variety of different businesses; including casino management and development. Twelve Clans, Inc. indicated in their 3rd quarter update to shareholders that the Beloit development was discussed as a viable option.

“We congratulate the leadership and celebrate the long-awaited finalization of the land into trust for the Ho-Chunk citizens and support their nation and their ability to exercise their economic sovereignty. Twelve Clans, Inc. Sovereign Wealth Fund has implemented a new strategy and look forward to provide support and guidance using the expertise and experience of our Board and advisors, especially with development, gaming and project finance,” Eric S. Trevan, Ph.D., Chairman of Twelve Clans, Inc Sovereign Wealth Fund told Native News Online.

The potential involvement of Twelve Clans into the project adds a possible new direction to how the Ho-Chunk Nation has owned and operated its previous casinos, which separates some of its business activities from the governance of the tribe.

“It’s essential that the Ho-Chunk Nation separates its business enterprises from its government activities. The end goal will significantly advance the financial interests of the Nation and its citizens,” Dan Brown, Ho-Chunk tribal citizen as well as the Executive Manager of Ho-Chunk Gaming Madison

In Brown’s opinion, the unintended consequences  of operating in this inefficient manner has led to stagnance and indecision by elected people who possess no business education, no substantive business background and no demonstrable business acumen.

The 33-acres put into trust by the BIA is adjacent to 70-acres previously bought in 2009 by the Ho-Chunk Nation.

The Ho-Chunk Nation has also agreed to a revenue sharing agreement with the City of Beloit and Rock County. Both will be paid $3 million annually.