Promoting herself as “Voice for the People”, Zunker earned a convincing win against challenger Lawrence Dale. As of Wednesday morning, with 99 percent of the votes reporting, Zunker won 35,564 votes (89 percent) to Dale’s 4,473 (11 percent).

Zunker campaigned on the theme that she would represent the people, not the corporate interests. 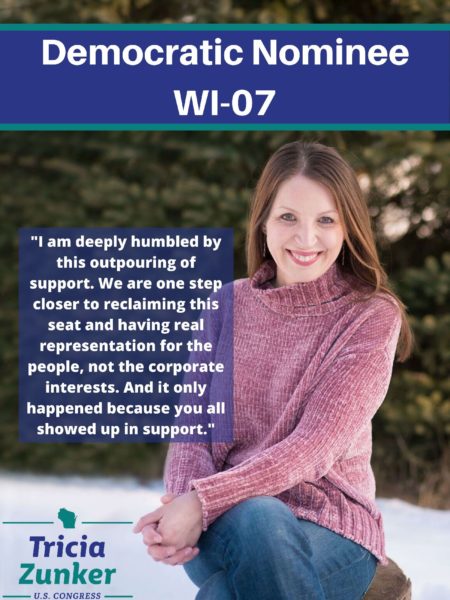 Zunker will face off against Republican Tom Tiffany, currently a state senator, in the May 12 special election.

Zunker is an associate justice of the Ho-Chunk Nation Supreme Court, a law professor, and currently serves as president of the Wausau School Board.

Last week, the Wisconsin AFL-CIO endorsed Zunker. She was previously endorsed by the United SteelWorkers District 2 and the International Brotherhood of Electrical Workers Local 388.

“We can count on Tricia Zunker to be a voice for all working people in Wisconsin. As an Associate Justice of the Ho-Chunk Supreme Court and president of the Wausau School Board, Zunker has the experience needed to bring people together to focus on creating good, union jobs and economic opportunity for this generation and the next,” Stephanie Bloomingdale, president of the Wisconsin AFL-CIO said. 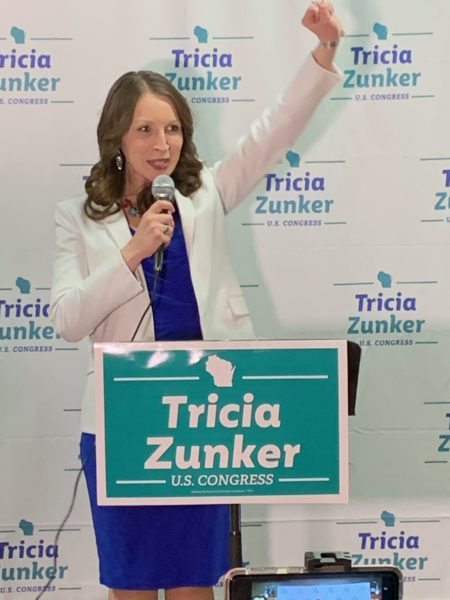 The May 12 special election is expected to draw national attention because the 7th congressional district is competitive. The district covers 26 counties in Wisconsin—about a third of the state and is one of the largest geographical congressional districts east of the Mississippi. It is also considered a battleground district. The congressional seat was held by a Democrat from 1969 to 2011. Since then, the seat swung to the Republican side.

President Donald Trump won the state by a slim margin of 22,748 votes over Hillary Clinton and the 7th congressional district seat is considered a battleground district, the special election is being watched nationally to see if there has been a shift from Republican to Democrat.

Regardless of who wins on May 12, the winner will have to run for reelection in November’s general election.