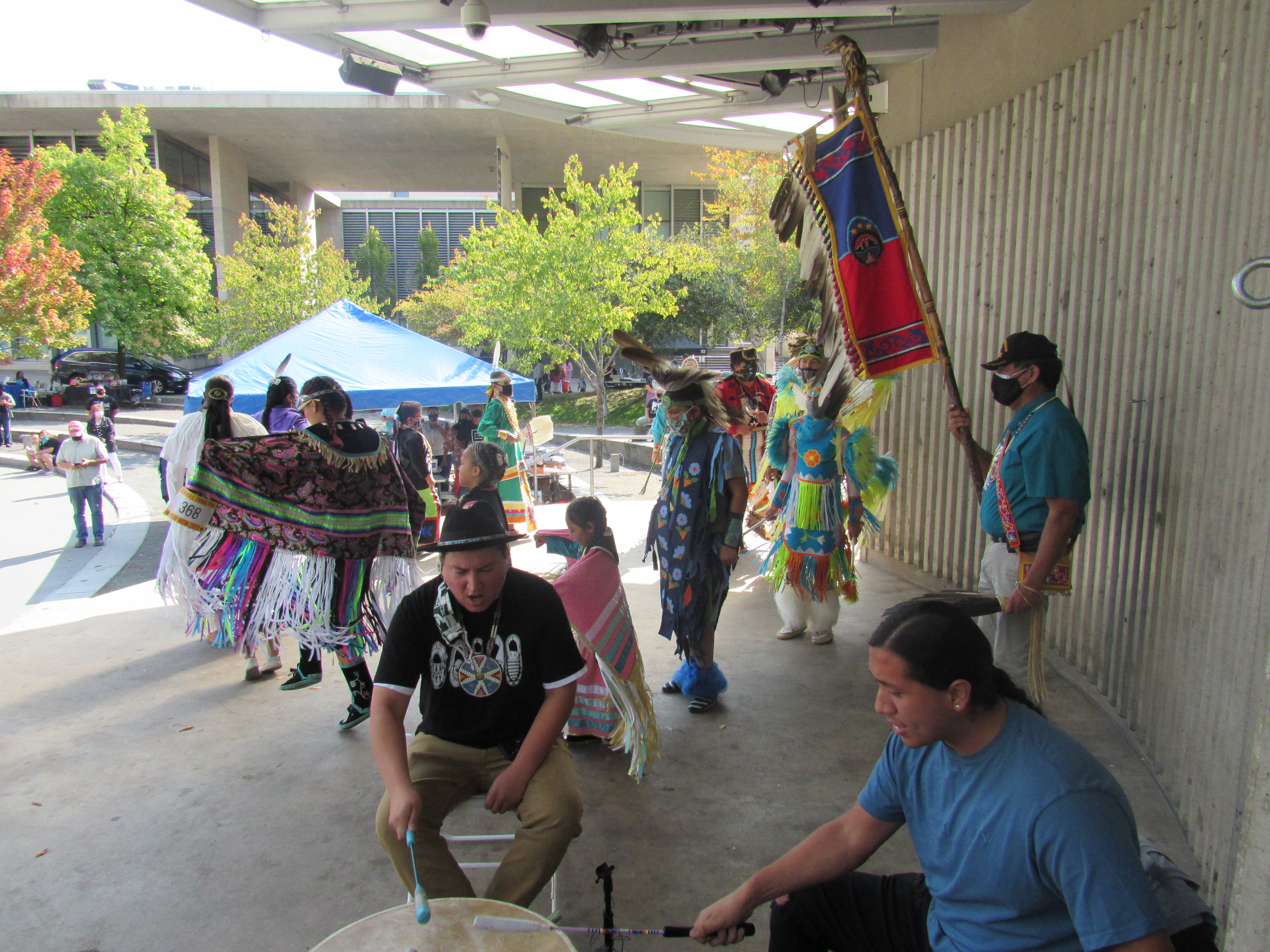 Rosa Parks Circle, named for the Civil Rights Movement icon, was an appropriate place to celebrate the culture and heritage of Michigan’s first peoples. The event began with prayer as downtown workers intersected with American Indians representing numerous tribes.

The fourth Friday in September of each year is known as Michigan Indian Day. This designation dates back to 1974 when the Michigan legislature enacted Public Act 30. In 2007, the Michigan House of Representatives said: “Michigan Indian Day is an excellent opportunity for Michigan citizens to better understand and appreciate the many contributions that people of Native American descent have made to our state.”

Earlier this week, the Grand Rapids Public Schools sent out a system-wide announcement to inform parents and guardians that Friday would be Michigan Indian Day.

The crowd heard from various speakers during the afternoon program.

Rosa Parks Circle is located directly across the street from the 18-story McKay Tower, which was purchased in January 2020 by Gun Lake Investments, the economic development corporation of the Match-E-Be-Nash-She-Wish Band of Potawatomi Indians of Michigan (commonly known as the Gun Lake Tribe) and Waséyabek Development Company, the economic development corporation of the Nottawaseppi Huron Band of Potawatomi.

Nancy Smit, secretary of the tribal council for the Nottawaseppi Huron Band of Potawatomi, said the McKay Tower sits on pathways of her ancestors.

“Michigan Indian Day is a special day for us to gather, share and celebrate together, but more than that, it is meant to continue to bring about this better understanding to the larger stage,” said Belinda Bardwell (Little Traverse Bay Bands of Odawa Indians), Grand Valley State University Native Student Services coordinator.

Bernadece Boda (Little Traverse Bay Bands of Odawa Indians) spoke on the importance of making sure all American Indians are counted in the 2020 census.

Local artisans sold their art, such as black-ash baskets.

The event was organized by Anishinaabe Circle, with support from the W.K. Kellogg Foundation.