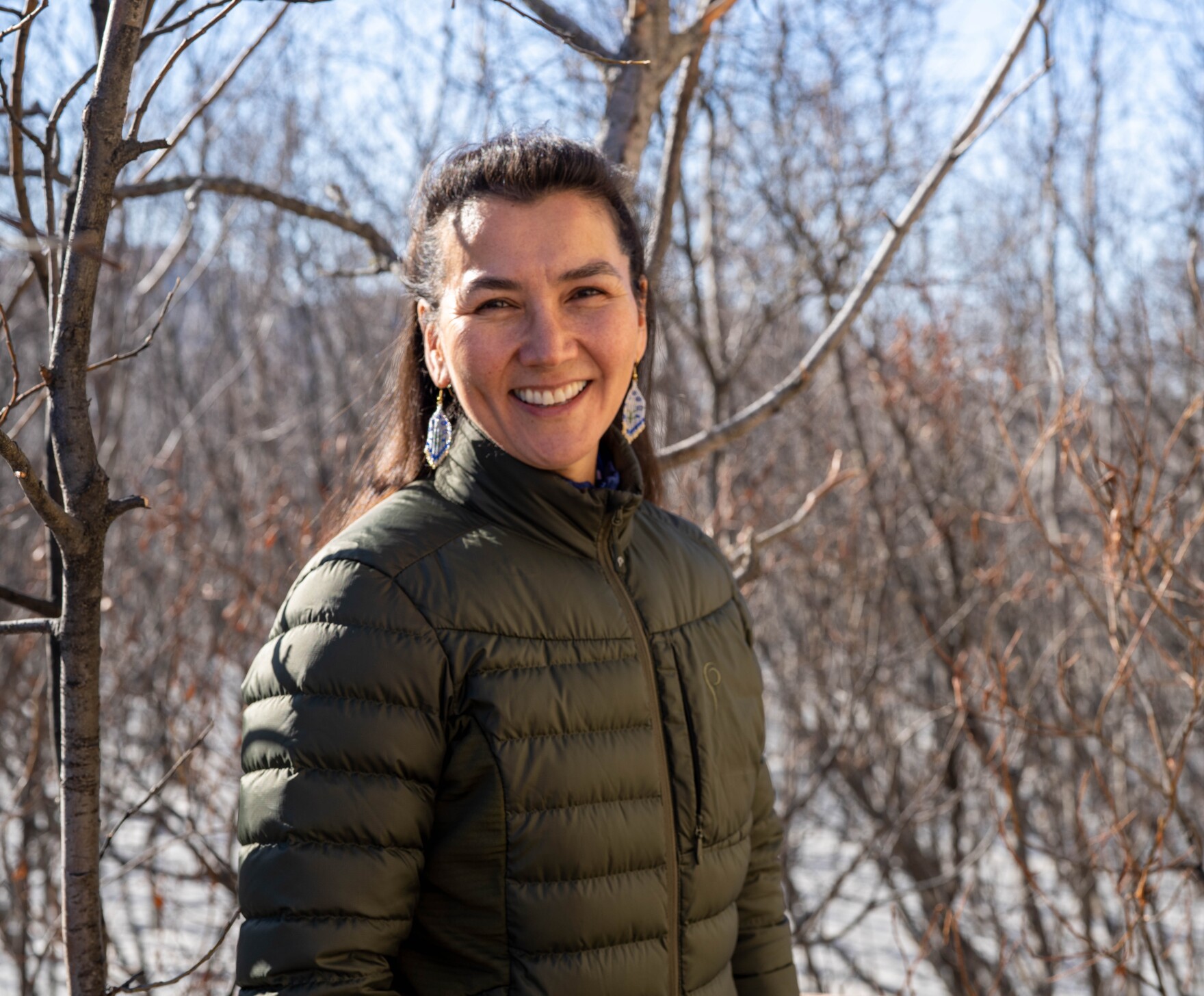 Tribal fishery executive and Bethel resident Mary Peltola is running for the U.S. House of Representatives. She is one of 48 candidates whose names will appear on the June 11 primary ballot for a special election to fill the state’s sole U.S. House seat. Former Rep. Don Young’s unexpected death two weeks ago triggered the need for a special election to fill the rest of his term.

Peltola, age 48, is running as a Democrat, one of only six in the sprawling field. She identifies as a moderate and has supported Republicans in past elections, including Sen. Lisa Murkowski and the late Rep. Don Young, whose seat she is campaigning to fill.

This piece was originally published byKYUK. Republished by Native News Online with permission.

Peltola knew Young from her earliest years. Her parents were friends with him and helped him campaign. She ate Thanksgiving dinner with him in high school. As an adult, she would raise her political concerns with him. The last time she saw Young was in November 2021 when she was testifying in D.C. on the Magnuson-Stevens Act fishery legislation. They did not completely agree, but they had a laugh.

“When I went to his office to give him dry fish and visit with him and talk about the legislation, I told him I have often thought about running for his seat,” Peltola said. “We laughed, because I said I would tell everyone, ‘I’m just doing this for name recognition, but vote for Don.’”

That’s a reference to the first time Young ran for the U.S. House with the idea of gaining name recognition for a future run for governor, which never came. He ended up in Congress for the rest of his life.

Peltola has served in public office before. At age 24, she was elected to represent the Bethel region in the state House of Representatives. She served in that seat for a decade, from 1999 until 2009. She and Lisa Murkowski entered the state legislature the same year, and Peltola said that she's respected Murkowski ever since.

“She really is a national leader, and she is a moderate person who is a free-thinker, and I have tremendous respect for that,” Peltola said.

Peltola praised the times Murkowski has brokered bipartisan support on contentious issues that otherwise would have left the U.S. Senate gridlocked. Peltola would seek to work across the political aisle as both Murkowski and Young have done. Peltola said that her history in the state legislature shows she can do that. She chaired the bi-partisan Bush Caucus of rural representatives for eight years.

“I’m very proud of the work that the Bush Caucus did. We coalesced, there were 10 of us out of 40, and we were able to get critical issues addressed for all regions of rural Alaska. And we had incredible cohesion, despite being a bipartisan group,” Peltola said.

After leaving office, Peltola worked for Donlin Creek Mine as Manager of Community Development and Sustainability from 2008 to 2014. She served one term on Bethel City Council from 2011 to 2013. Then, she worked as a state lobbyist from 2015 to 2017. For the past five years, since 2017, Peltola has led the Kuskokwim River Inter Tribal Fish Commission as its executive director. The group advocates for Kuskokwim River Tribal interests on fishery management and salmon conservation. She would seek to advance that work in the U.S. House.

For her campaign, Peltola said that she is still crafting her platform, but she knows that she wants to elevate issues related to Alaska subsistence fishing and food security. She said that she would work to reauthorize and amend the Magnuson-Stevens Act, which governs fishery management in federal waters. The act was last reauthorized in 2007, before the widespread decline in salmon runs across Alaska.

“Clearly, there needs to be changes in terms of exporting the vast majority of seafood from our state when our own Alaska citizens are having severe food insecurity issues,” Peltola said.

Subsistence salmon fishing in the Yukon-Kuskowkim Delta, where Peltola lives, has become increasingly restricted as Chinook and Chum salmon runs have dropped, cutting off a primary food source for residents.

Peltola wants to amend the Magnuson-Stevens Act to protect subsistence and personal use fishing. She also wants to impose stricter limits on bycatch in trawl fisheries.

The Kuskokwim River Inter-Tribal Fish Commission, which Peltola serves as Executive Director, formed a coalition with 118 tribes across Western Alaska that petitioned the U.S. Department of Commerce to eliminate Chinook salmon bycatch in the Bering Sea and to cap Chum salmon bycatch. The department denied the petition.

“If you are a person that believes that we are witnessing an ecosystem collapse both in the Bering Sea and our river system, we do feel there is a need for adaptive management and pivoting when we need to pivot,” Peltola said.

Peltola is Yup’ik and one of four Alaska Natives running for the U.S. House seat. The others are Laurel Foster, Cup’ik; Emil Notti, Koyukon Athabascan; and Tara Sweeney, Inupiat. In her interview with KYUK, Peltola did not emphasize her heritage. But she did emphasize multiple times that she is Alaskan; she was born, raised, and has lived her adult life in the state.

“I really feel that as an Alaskan, that we need to have representation at all levels, and that’s not to say that you have to be born here to represent anyone. It’s just there are a lot of us who are very sensitive about being a colony and that perpetuating,” Peltola said.

She said that as an Alaskan she’s highly aware of Alaskans’ relationship with the land.

She said that her strongest tie in this world is to an area of the Kuskokwim River where her grandparents lived. Pelota grew up in the Kuskokwim area communities of Kwethluk, Tuntutuliak, Platinum, and Bethel, where she fished commercially and for subsistence. She attended high school in Bethel, Alaska; Ft. Collins, Colorado; and Pennsylvania. She attended college in Alaska and Colorado.

Her ties are to the Kuskokwim, but as a state-wide candidate, she said that she would work to understand issues across Alaska and to find solutions.

“Each region is so unique, and so many of the issues aren’t necessarily transferable. I’m going to be very interested to learn what the issues are in the other five regions of our state and talk with as many people as I can,” Peltola said.

The special primary election date is June 11. It will be Alaska’s first state-wide by-mail election. Alaskans have until May 12 to register or update their mailing address to receive a ballot. The top four candidates who receive the most votes will appear on the August 16 ballot for the special general election.