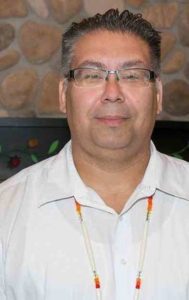 BEMIDJI, Minn. — Beltrami County officials on Wednesday, March 4, announced theft charges against William Blackwell Jr. of Bemidji for actions during his tenure as treasurer of the Minnesota Indian Education Association. Blackwell is also the former director of the American Indian Resource Center at BSU, a position he resigned from in August 2019

Beltrami County Attorney David Hanson issued a release Wednesday, saying Blackwell may have embezzled as much as $140,000 from the MIEA while he was treasurer from December 2016 to June 2019.

The Bemidji Police Department started its investigation on Sept. 5 after being contacted by officials from the MIEA.

Blackwell is being charged with a single count of theft and embezzlement of public funds for a scheme involving nearly $140,000 of fraudulent payments to himself, the release said. The felony charge carries a maximum sentence of 20 years and/or $100,000.

Police investigators were able to examine records from the MIEA that indicated Blackwell would frequently make withdrawals in small amounts, however, the total theft discovered amounted to approximately $138,579. Ultimately, Blackwell was confronted about the theft and admitted to making frequent cash withdrawals; he estimated the total was up to $80,000, the release said.