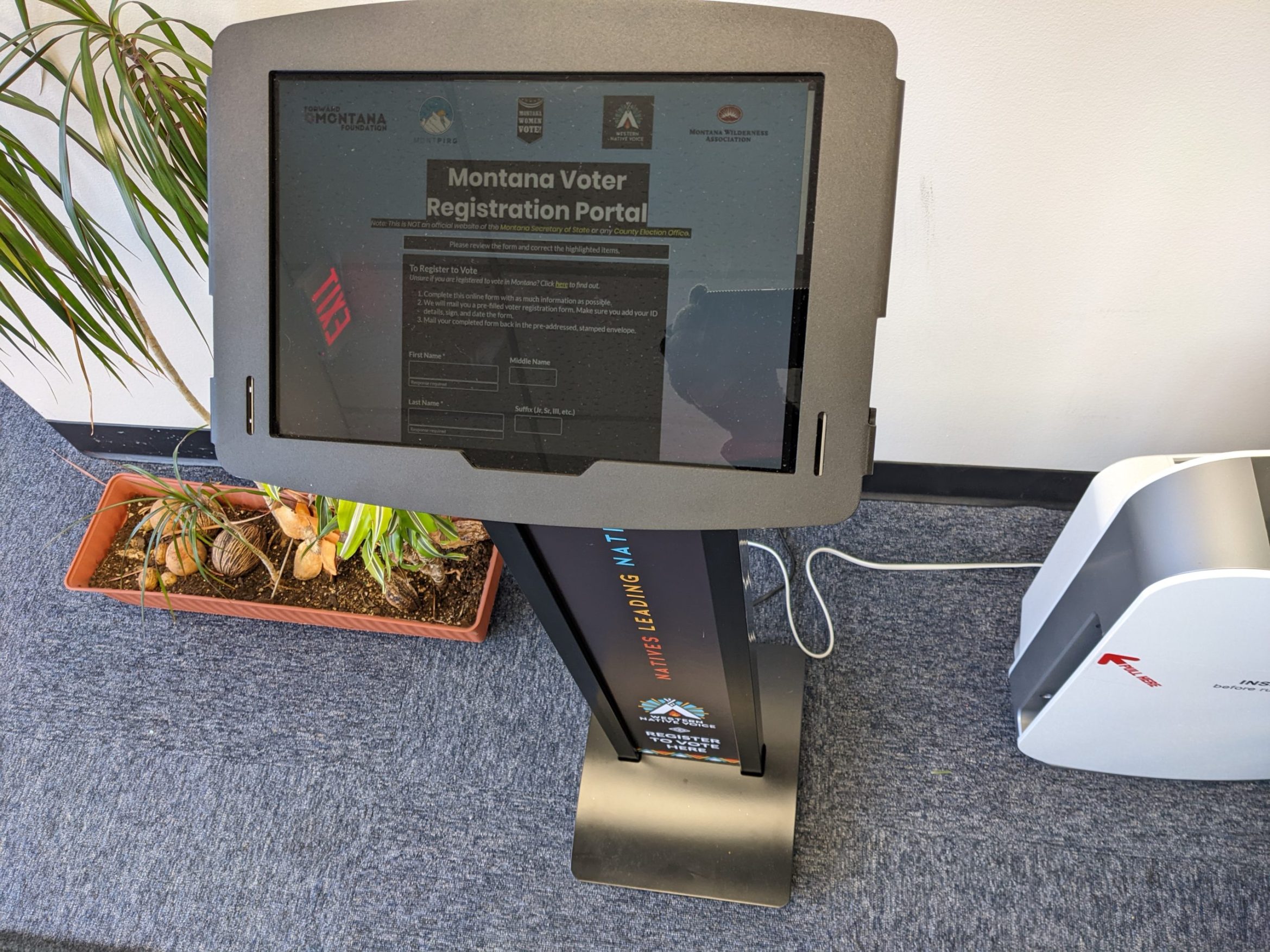 As the 67th Legislature deliberated changes to Montana election law last spring, tribal access to the polls emerged as a dominant thread of debate. Voting rights advocates and representatives from the Legislature’s American Indian Caucus routinely argued that voting was already tough enough for much of the state’s Indigenous population, and more restrictions would result in further disenfranchisement.

[This story was originally published by the Montana Free Press on February 8, 2022. Republished by Native News Online with permission.]

Over the past year, one of those constant voices of advocacy — the nonprofit Western Native Voice — has adopted a multipronged approach to helping Native voters cast ballots and reversing the negative impacts the group attributes to a slate of new laws. Western Native Voice lobbied heavily for the passage of House Bill 613, described by supporters as the Native American Voting Rights Act. The bill would have addressed several oft-cited voting difficulties in tribal communities by allowing tribal members to use expired tribal IDs and nontraditional addresses to register and establishing clear requirements for satellite election offices on reservations. The bill was rejected by the House on a narrow vote despite bipartisan support.

But Western Native Voice’s work wasn’t confined to the halls of the state Capitol. When the COVID-19 pandemic rendered traditional door-to-door registration drives in tribal communities too risky for the 2020 election cycle, the organization began developing an online voter registration portal as a way to continue its outreach. That effort quickly evolved with the installation in 2021 of three digital kiosks in public spaces on the Fort Peck Indian Reservation and a fourth in the lobby of Missoula’s All Nations Health Center, a strategy Western Native Voice says is its answer to the Legislature’s elimination of same-day voter registration.

Perez added that two registration kiosks have been installed this year on the Blackfeet Indian Reservation and in the lobby of the Helena Indian Alliance Center, and more will likely go up on the Fort Belknap Indian Reservation. Staff at each location have been trained to help users navigate the tablets and answer questions about how the process works. Perez estimated the cost of each kiosk at roughly $1,000, all of which is covered by his organization. To date, Perez said, Western Native Voice has received more than 2,000 voter registration applications through the portal since its launch in 2020.

The kiosks are not connected directly to Montana’s official voter registration database, which is managed by county election offices and by the Montana secretary of state’s office. Rather, information entered into Western Native Voice’s online portal is used to produce a pre-filled voter registration form for an individual user. The organization then prints the form and mails it to the registrant to date, sign and submit to their county election office with proof of a state-approved photo ID. Perez noted that the forms come with an instruction letter and a pre-addressed and stamped envelope, though registrants can choose to deliver the forms in-person. The forms produced by the portal can also be used to update a voter’s registration information.

Skye McGinty, executive director of the All Nations Health Center in Missoula, said hosting a kiosk in her facility’s lobby was a logical extension of her organization’s mission. In addition to offering a wide range of health care services, the center provides cultural classes, workshops, youth suicide prevention programming and, since COVID-19 hit, access to cleaning supplies, food and traditional medicines and teas.

“We really function as a community center, and we want to be that one-stop shop for our community,” McGinty said. “So any of those needs that we can address and bridge those gaps, we’re here to do it.”

Since its installation last year, McGinty said, the kiosk has sparked questions and curiosity from individuals and families, particularly children. She added that it appears to be serving the added function of normalizing voter access for younger generations.

Last year, the nonprofit Western Native Voice installed a digital voter registration kiosk in the lobby of Missoula’s All Nations Health Center as part of a statewide effort to improve tribal voter access

While Perez believes bringing the voter registration process into public spaces frequented by tribal members could improve access, he acknowledges that the kiosks aren’t a “magic pill.” Systemic voting issues tied to poverty, infrastructure and the idiosyncrasies of some reservation addresses will require action by state and federal lawmakers. HB 613 attempted to tackle some of those issues, Perez said, but the statutory landscape produced by the 2021 session is a “world of voter suppression.”

Western Native Voice has adjusted course from supporting an unsuccessful legislative proposal to pushing for the reversal of several successful ones.

Last month, the organization asked a judge in Yellowstone County District Court to temporarily block Montana’s secretary of state from enforcing House Bill 176 and House Bill 530. The former ended same-day voter registration — a decision Secretary of State Christi Jacobsen has since defended as “squarely constitutional” — while the latter prohibited individuals from accepting payment for distributing, collecting or delivering ballots on behalf of other voters. Western Native Voice’s motion arose in its legal challenge against both laws, which was filed in April 2021 and merged in December with two similar lawsuits instigated by the Montana Democratic Party and the nonprofit Montana Youth Action.

“I think we have a really good chance of reversing these decisions made by the Legislature,” Perez said, “and the fact that we’re joined [as co-plaintiffs] by most of the tribes of Montana as well as the Native American Rights Fund shows that this is a united front against these efforts of voter suppression.”

District Judge Michael G. Moses has not yet responded to the injunction request.

Staff reporter Alex Sakariassen covers the education beat and the state Legislature for Montana Free Press. Alex spent the past decade writing long-form narrative stories that spotlight the people, the politics, and the wilds of Montana. A North Dakota native, he splits his free time between Missoula’s ski slopes and the quiet trout water of the Rocky Mountain Front. Contact Alex by email at [email protected].