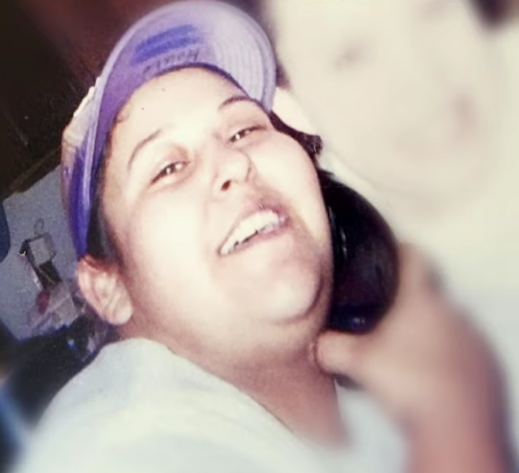 DURHAM, N.C. — During a Wednesday afternoon press conference, the Durham Police Department released information to the public on Melissa “Missy” Poitra. Poitra is a member of the Turtle Mountain Band of Chippewa and had been Durham’s Jane Doe since her body was discovered in plastic tote container at a nearby self-storage facility on October 22, 2016.

Native News Online reported on Tuesday, May 4 that a member of the Turtle Mountain Band of Chippewa was identified through a DNA test on April 27, 2021 by the Durham Police Department in North Carolina. “Missy” Poitra had been missing since 2005 and had been decaying in a storage unit for up to ten years when she was found in 2016.

Her body was reported to police by people cleaning out a storage unit after they discovered bones protruding out of a plastic container. The storage unit was being cleaned out because the renter of the storage unit had recently died the Durham Police said.

Officials say the skeletal remains were sent to the North Carolina Office of the Chief Medical Examiner (OCME) for an autopsy where they able to retrieve DNA and then sent to the University of North Texas to develop a DNA profile. When UNT developed Missy’s DNA profile, it was entered in the National DNA Index System (NDIS) and Combined DNA Index System in February 2017. In 2018, the North Carolina OCME and the Durham Police Department sent Missy’s skull to the Federal Bureau of Investigation for facial reconstruction. When the FBI completed the facial approximation and image of Durham’s Jane Doe, it reflected that of a white woman with red hair. The facial image was released to the public and police did not receive any credible leads.

In 2020, Missy’s case was entered in to the Violent Criminal Apprehension Program (VCAP). The Violent Criminal Apprehension Program is a unit of the United States Federal Bureau of Investigation responsible for the analysis of serial violent, sexual crimes, and unidentified human remains. Also in 2020, the Durham Police Department reached out to Othram Inc., a private laboratory that provides analysis of human DNA from trace amounts of degraded or contaminated materials in Texas. Othram was able to conclude from the DNA sample that Missy’s profile was of Native American descent.

“While Durham Police investigators were looking into an unrelated case in the fall of 2020, they learned that Melissa Poitra had not been in contact with her family in many years after leaving North Dakota,” said Durham Police Sergeant Quincey Tait. “Melissa Poitra was last known to be seen in the Durham area in late 2005.”

Durham Police investigators said they worked with the Poitra family to obtain DNA samples of family members of Melissa Poitra. However, what police omitted in the press conference was that Missy’s family had been contacting the police for years requesting a DNA sample, but because police had her profile as a white woman they chose not to believe her.

“Police only requested a DNA sample from our family because Othram concluded that their Jane Doe was of Native American descent,” said Jessica Poitra, Missy’s sister, to Native News Online. “We’ve been contacting them for years only to hear ‘no’”. Jessica is a kindergarten teacher at the Turtle Mountain Community Elementary School in Belcourt, North Dakota.

What police also omitted was that the department lost Missy’s father’s DNA sample in December 2020 and requested another in January 2021. Officials say that Poitra’s body was identified through DNA processing by DNA Solutions, an independent company, with her father’s on April 23, 2021. Missy’s father, Cary F. Poitra, Sr., wasn’t notified of the DNA match to his daughter until April 27, 2021.

Although the cause of Missy’s death hasn't been determined, it is being investigated as a homicide. Anyone with information is encouraged to call Durham Police Lieutenant Vaughn or Sergeant Tait at 919-560-4440.

According to the family, they were told the police have no leads on suspects, but officials announced in the press conference that they “have a couple of leads.”

The Turtle Mountain Band of Chippewa Tribal Chairman Jamie Azure was contacted multiple times for a statement and was unable to provide a comment as of press time.

The family organized a GoFundMe to help Missy’s daughter Brittani retrieve her mother’s remains from the funeral home in Durham, North Carolina. Brittani is waiting for the funeral home to call with information that Missy’s remains are ready for pickup. The family is having a funeral service on the Turtle Mountain Indian Reservation.