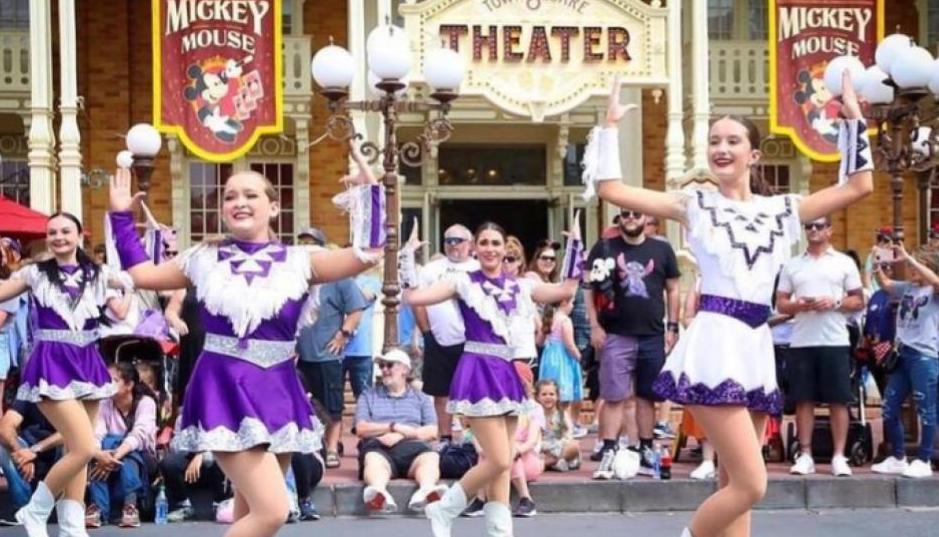 Dubbed the “happiest place on Earth,” Disney World would probably not rank high on Native Americans’ list of desirable places to vacation with their families after a video went viral this week of a Texas high school drill team marching down a Magic Kingdom street and chanting “scalp ‘em Indians, scalp ‘em.”

The Port Neches Grove High School’s drill team that goes by the name of “Indianettes” drew the ire of Native Americans on social media for the blatantly racist chant.

The drill team was there as part of Disney World’s program that allows visiting high schools to participate in daily performances that include parades.

Reportedly, Disney staff members instructed the drill team to remove Indian headdresses just prior to their participation in a parade.

“We are also shocked and disappointed at the ignorance and negligence of Disney World staff and executives who allowed Port Neches Grove High School to perform and chant hate speech at the park,” said Crystal Echo Hawk, executive director of IllumiNative, a Native-led nonprofit dedicated to battling the erasure, invisibility and toxic misconceptions of Native Americans.

“Given that Disney staff requested the school cheerleaders not use their ‘headdresses’ it’s clear there was knowledge that the Native mascot was part of the school’s performance,” Echo Hawk said.

A spokesperson for Disney said on Friday that the entertainment company “regrets” the routine and claimed the performance was unexpected.

Located 95 miles east of Houston, Port Neches Grove Independent School District still uses “Indians” as its mascot name. This in spite of the fact that only 0.2 percent of the school’s student population is Native American.

Cherokee Nation Principal Chief Chuck Hoskin, Jr., who in August 2020 called on the high school to drop the Indian name, tweeted on the Cherokee Nation’s Twitter account,  "Port Neches Grove Independent School District continues to use offensive and stereotypical depictions of our tribe," and that their recent performance is a clear example. 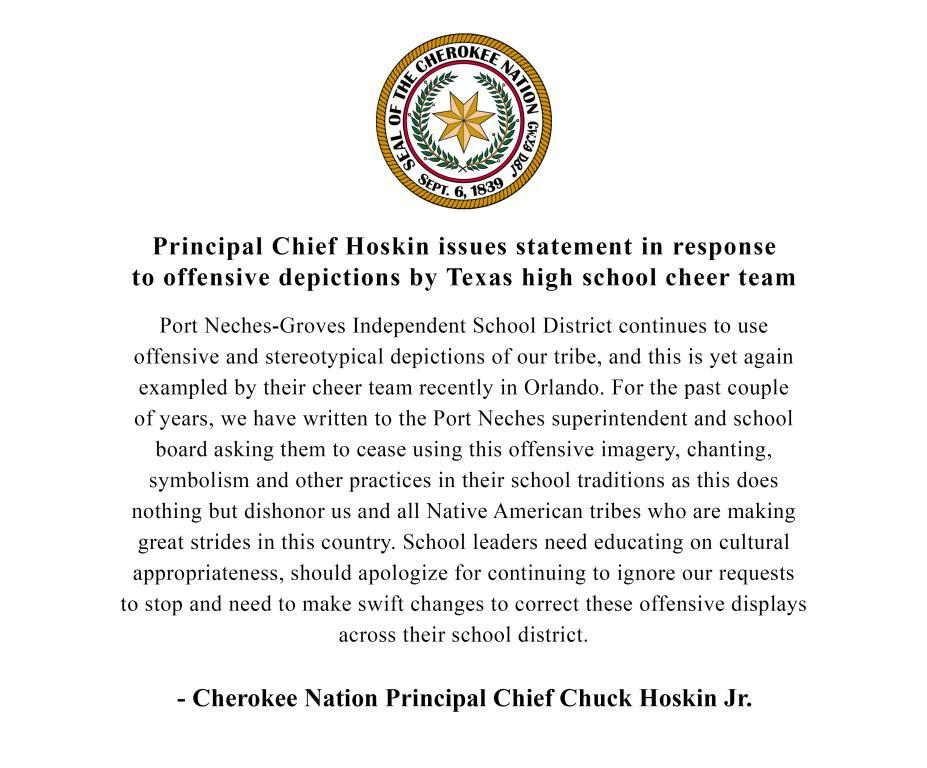 IllumiNative says Native mascots are harmful and offensive to Native peoples and especially for Native youth who attend these public schools. Studies by a variety of organizations including the American Psychological Association have denounced the use of Native mascots because of the harmful impact on the mental, physical, and emotional health of Native youth.

“By giving them a platform, Disney has validated and amplified their message of racism and hate,” Echo Hawk said.