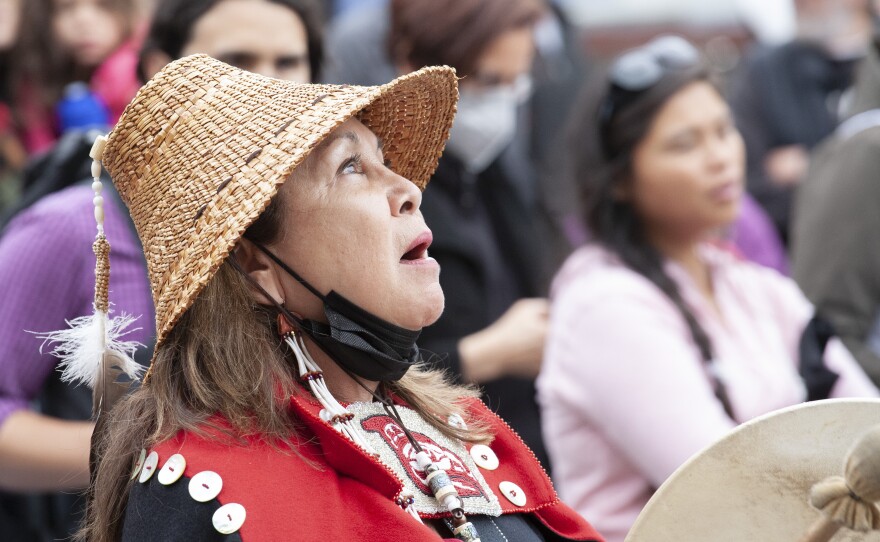 Its name was announced at the ceremony — Antnané Hít, or House of Art.

Ricardo Worl, communications director for SHI, said the project was funded by over 2,000 individual donors, mostly in Southeast Alaska.

“To us, that indicates there’s a lot of support for Lingít art or our culture: a recognition of, you know, that we’ve been here,” Worl said.

This story originally appeared at KTOO.

Upcoming art courses may be halibut hooks and bracelet making. Worl also said that SHI is looking into revitalizing other endangered art forms, too.

It’s not just the material arts that SHI had in mind when designing this campus. The covered outdoor pavilion is designed for musicians and dancers to perform.

“This is just the beginning of making Juneau the Northwest Coast art capital,” Worl said.

One theme of the opening was unity among Lingít, Haida and Tsimshian people. The totem pole that now looks over the plaza is carved on all sides, which is a first in Alaska. It’s been named the Sealaska Cultural Values Pole. 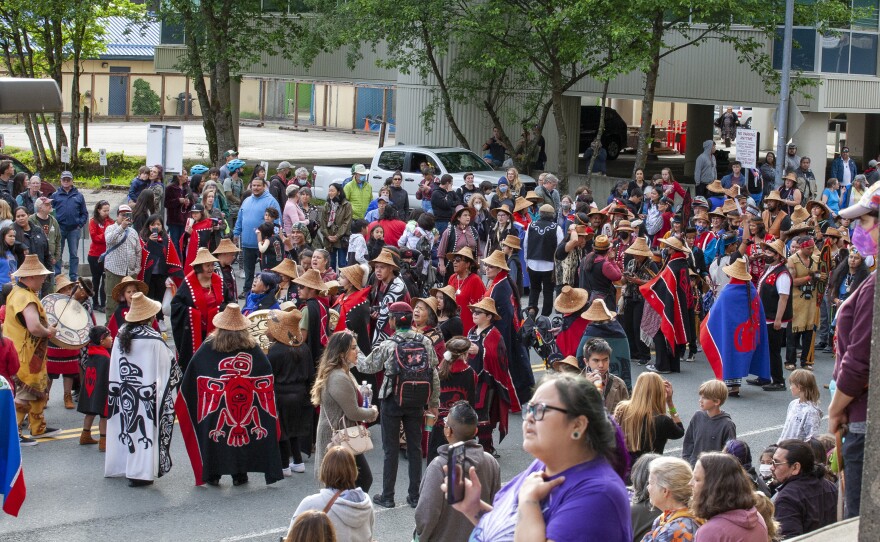 Dancers line up for the 2022 Celebration Grand Entry Parade along Willoughby Avenue in Juneau. Celebration is an every-two-years event honoring Southeast Alaska and Alaska Native culture. The pandemic postponed the 2020 Celebration, so this was the first Celebration in four years. (Photo/Tripp J Crouse)

The carver, TJ Young, is Haida and he worked with guest carvers Rob Mills, who is Lingít, and David R. Boxley, who is Tsimshian, making the pole a collaborative piece that features all three Southeast Alaska Native groups.

The opening ended with a carver’s dance, featuring Young, his brother, and apprentices Greg Frisby and Andrea Cook who also worked on the pole. Then, the Aagóon Yátx’i, or Angoon Children Dance, closed out the ceremonies.

Disclosure: KTOO is under contract with Sealaska Heritage Institute to produce video coverage of Celebration.