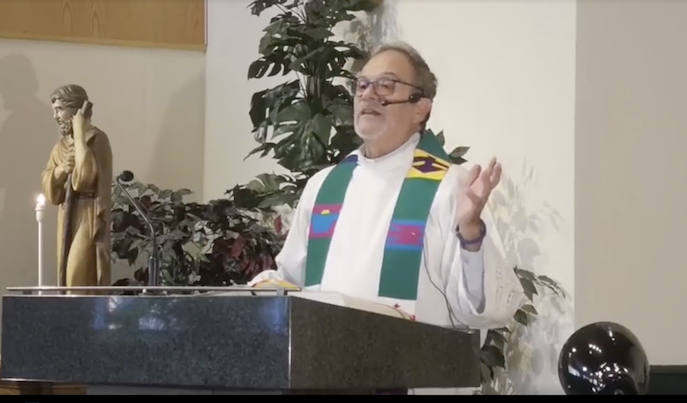 WINNIPEG, Manitoba — A Catholic priest has been banned from preaching following a series of inflammatory comments about Indigenous residential school survivors during sermons at St. Emile Catholic Church, according to CBC News.

The priest, Father Rhéal Forest, claimed residential school survivors lied about sexual abuse to get more money from court settlements in comments that were livestreamed on Facebook for weeks before being taken down after they were flagged by CBC Manitoba, according to CBC News.

“If they wanted extra money, for the money that was given to them, they had to lie sometimes,” Forest said to the church on July 10, according to a video posted by CBC News. “Lie that they were abused sexually, oop, and another $50,000 dollars. So, it’s kinda hard if you’re poor, not to lie. But all of the ones I met, they said they liked the residential schools. There’s a few that had bad treatment, but some who were sexually abused, it was not by a priest or a nun, it was by a layman, a night watchman.”

Forest implied that “fake news” led people to believe that Indigenous people were harmed by the Canadian residential school system. According to CBC News, he joked in a July 18 sermon about shooting people who vandalize churches.

In its 2015 report, Canadian Truth and Reconciliation Commission identified 40 successful convictions of residential school staff members for physical and sexual abuse of students. The report also says that the “residential schools were staffed by individuals recruited from Christian missionary organizations” for most of their history.

‘He’s not in touch with reality, as far as I’m concerned’

Forest’s remarks were met with condemnation from First Nations organizations, the Indigenous community where he used to preach and the archbishop of the Manitoba archdiocese, Albert LeGatt. In an apology posted on YouTube, LeGatt called the remarks “racism” and said Forest’s ability to preach and teach in church “has been completely withdrawn from him,” but not his priesthood.

“I’m sure he saw some of our people and some of the problems that we have within our community, and he must’ve known that they stem from something, you know?” Young told Native News Online. “And for him to say that there was no abuse, or nothing like that—he’s not in touch with reality, as far as I’m concerned, and I’m sure that’s what some of the other people would say.”

“The comments made by Catholic priest Rhéal Forest are inexcusable and a stark reminder of how far we still need to go on our path to reconciliation,” Woodhouse said in a statement. “First Nations have shown great courage and strength in sharing their stories and truths. That should be commended, not questioned. There is no place in this country for continued discrimination, racism and denial.”

According to CBC News, Forest was filling in for a St. Emile’s priest who was on vacation. In his apology, LeGatt said he and the priests of his diocese “need to go much farther” to learn about the experiences of Indigenous people.

“What I am doing, and what I am asking all of the Catholics of the archiodicese to join with me in this journey of reconciliation, journey of right relationships, is to go beyond saying, ‘We apologize’ to saying ‘Please forgive us,’” LeGatt said. “Because there’s a difference… When a person says, ‘I apologize,’ it’s still all about me. But when a person says, ‘Please forgive me,’ that’s coming from a place in one’s heart, one’s thinking. And like I said, my thinking and my heart are evolving, and having to change.”

According to Global News, St. Emile cancelled mass Sunday on the advice of police, who were concerned about “angry” or “disappointed” remarks made on social media about Forest’s words. CBC News said that the Archdiocese of St. Boniface is considering a request it made to interview Forest.