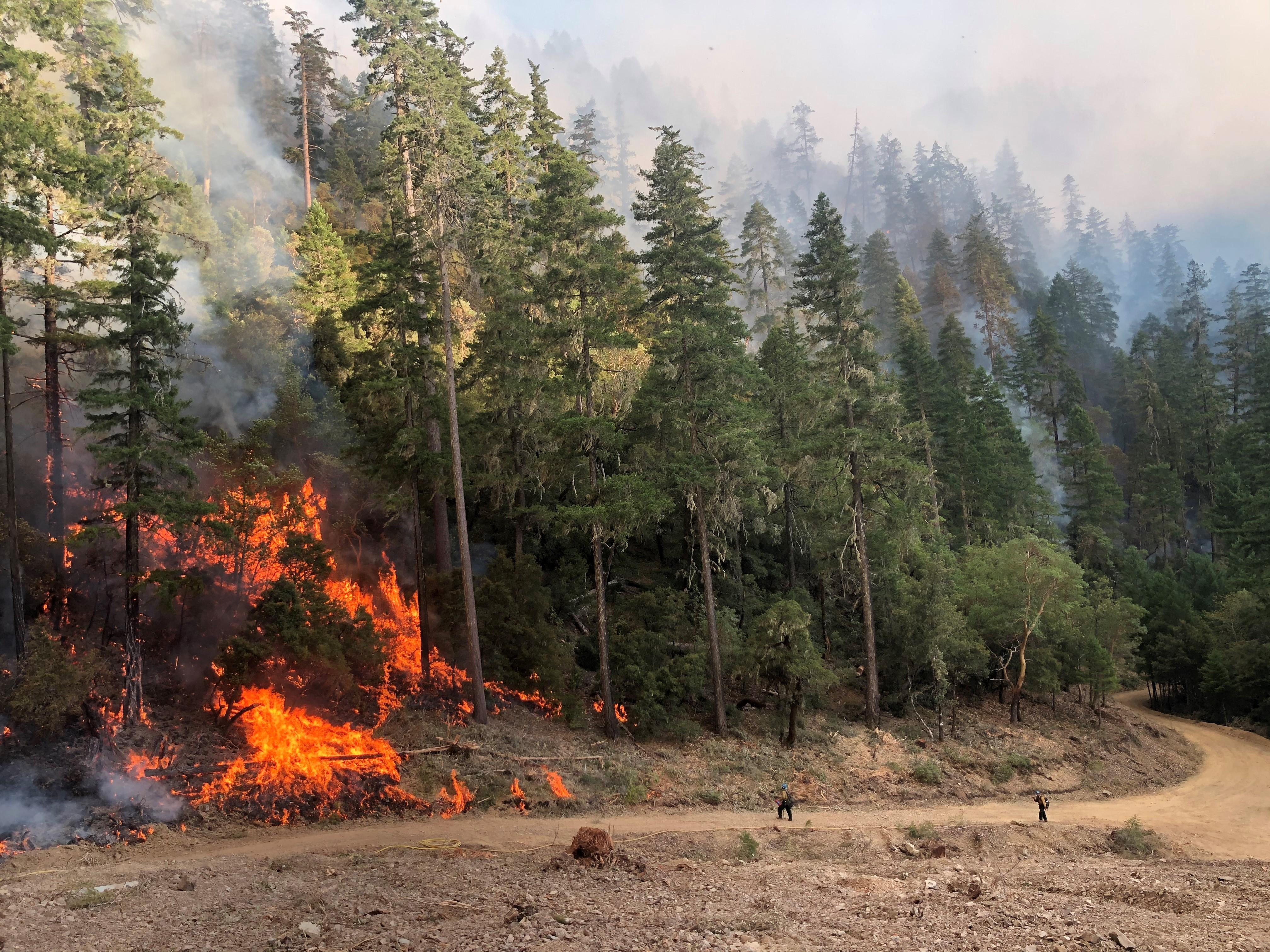 As wildfires rage across northern California, American Indian tribes and advocates are working together to combat the burning forests and lend assistance to Native citizens throughout the state.

Late last week, the California Department of Forestry and Fire Protection (CAL FIRE) reported more than 1.6 million acres had burned in nearly 7,100 wildfire incidents across the state. Nearly 2,300 structures had been damaged and seven people were confirmed dead. The challenges of the fire are being exacerbated by the spread of COVID-19 through California, which has had more than 700,00 confirmed cases since the pandemic began.

In northern California, the Hoopa Valley Tribe, Yurok Tribe and Karuk Tribe are working with the incident management team combatting the Red Salmon Complex fire, which is burning on the Klamath, Six Rivers, and Shasta-Trinity National Forests. The blaze, which started on July 27 following a lightning strike, has already burned more than 23,000 acres in the lands near the Hoopa Valley and Yurok Reservations.

While tribes have not yet been severely affected by the Red Salmon Complex to date, a fire 200 miles south in Glenn County has forced the evacuation of an entire tribe.

The August Complex fire in Glenn County comprises 35 fires that were started by lightning across the Mendocino National Forest, and by August 19, the residents of the Grindstone Indian Rancheria of Wintun-Wailaki Indians began to evacuate all 50 homes.

“That portion of the forest had not burned in my lifetime, we knew there was a lot of fuel up there; so, the fire did move rapidly down the mountain and into the valley. Everyone took it very seriously,” said Kyle Bill (Wintun/Pomo), executive director of Kno'Qoti Native Wellness, Inc., a nonprofit organization that serves the region.  Although he lives and works within the Elem Indian Colony in Lake County, Bill grew up on the Grindstone Rancheria where his mother still lives.

Established in 2016, the Kno'Qoti organization was originally formed to help tribal members develop wellness within the community by strengthening traditional cultural values. However, because of the recent fires and the interconnectedness of the tribes, the nonprofit has been trying to help in any way they can.

Kno'Qoti acted as a liaison organization between the Grindstone Rancheria evacuees and agencies who could offer resources. Kno'Qoti members remained in contact with Heather Hostler, director of Tribal Affairs for the California Department of Social Services, to update her on the situation and determine what resources the state could possibly provide.

In addition, after Bill reached out to Tribal Chair Andrew Alejandre of the Paskenta Band of Nomlaki Indians, which owns and operates the Rolling Hills two Casino hotels in Corning, the Paskenta Band provided emergency hotel vouchers.

Additional resources were provided by Kno'Qoti’s board and another organization, the Native Dads Network out of Sacramento, which allocated money to provide debit cards for food, gas and other essentials.

All evacuees recently returned to the rancheria, but Bill indicated Kno'Qoti will continue to go beyond their mission statement and monitor the fire situation,

“How we respond to disasters isn’t part of our organization’s message of bringing wellness, but I think in those times it really highlights our ability to work together for the betterment of our entire communities,” said Bill.

Dore Bietz (Northern and Southern Me-Wuk), planner and emergency manager for the Tuolumne Band of Me-wuk Indians, said the incident team managing the August Complex fire near the Grindstone Rancheria had asked her to assist with emergency services. However, she was unable to assist due to concerns about the Moccasin Complex fire in Tuolumne County near her own peoples’ Tuolumne Rancheria.

Bietz, who often works with other organizations and tribes, stressed the importance of establishing cross-jurisdictional connections prior to any disaster and described the close relationship the Tuolumne Band of Me-Wuk Indians has with local law enforcement and fire services.

Due to past problems with government officials telling them to leave their homes, historical trauma is a concern and these positive relationships eliminate some of the complex issues that emergency responders face on tribal land.

“We are very fortunate in our town and in our tribe to have one of the best relationships with our county OES, county fire and county law enforcement that you’ll find in the state,” she said.

Although the Tuolumne Rancheria was ultimately not directly impacted by the Moccasin Complex, they were welcome at the county stakeholders meetings and provided assistance in the form of GIS fire mapping and a 10-person hand crew that was one of the first teams out on the fire.

“I just heard from our CAL FIRE unit chief that they did a phenomenal job, and so they were very appreciative that our crew went out there and helped put out certain lines of that fire,” she said.

In addition to providing emergency resources for her own tribe, Bietz is a Community Emergency Response Team (CERT) Program Manager who trains trainers and works with iTEMA, the only tribal non-profit awarded a grant to provide free disaster awareness information and training to California tribal communities under Gov. Newsom’s 2020 Preparedness Campaign, LISTOS California.

“In the tribal communities, CERT is perfect because we are always the first responders,” she said and clarified because CERT is a national agency with programs in every state, the training enables tribes to be on the same page with first responders and other CERT trained tribes across the country before and during a disaster.

Ironically, directly after iTEMA began to provide the free CERT training to California tribes, COVID-19 forced their training to shut down right before one of the worst fire seasons in state history. Bietz said iTEMA is taking sign-ups for a webinar version of the CERT training program to begin in September which will conclude with a hands-on component when it is safe to do so, the training is free for California tribes.

“Emergencies and disasters really bring out the best in our communities where you see families uniting to help one another,” said Bill.