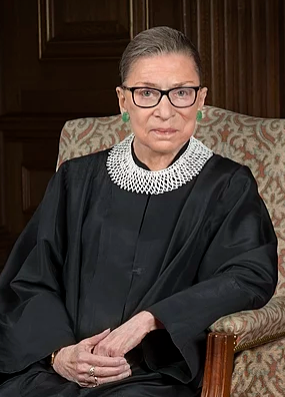 Having been nominated by President Bill Clinton, Justice Ginsburg served on the nation’s highest court since Aug. 10, 1993. The Supreme Court announced on Friday evening that Justice Ginsburg died of pancreatic cancer. She was 87.

"Justice Ginsburg ruled in favor of the tribes most of the time and we are going to miss her," John E. Echohawk (Pawnee), executive director and founder of the Native American Relief Fund said Friday evening.

Navajo Nation President Jonathan Nez said Justice Ginsburg leaves behind a great legacy of fighting for the rights of all people and upholding the rule of law.

"She was a true champion of justice. Her love and compassion for all people will always be cherished and remembered. Our country is stronger because of her many years of contributions to the U.S. Supreme Court and to Indian Country. We offer our thoughts and prayers for all of her family members, friends, and colleagues,” President Nez said.

U.S. Sen. Tom Udall (D-N.M.), vice chairman of the Senate Committee on Indian Affairs, commented in an email on Friday evening as well.

“Jill and I join the nation in mourning this devastating loss. Justice Ginsburg was a friend to us – and an icon of righteousness for the nation. She inspired us all, but her legacy shines especially bright for the countless women and girls across the nation and world who now proudly walk in her footsteps. Justice Ginsburg fought for fairness above all—for a nation that lives true to its principles—and she brought us ever closer to that ideal," Udall said.

In a historic U.S. Supreme Court decision on July 9 in McGirt v. Oklahoma, which ruled in favor of the Muscogee (Creek) Nation, Justice Ginsburg voted with the majority.

In May 2020, The Buffalo Chronicle reported that Justice Ginsburg told close legal colleagues and clerks that she wants President Donald Trump “to select a Native American jurist as his next nominee to the United States Supreme Court."