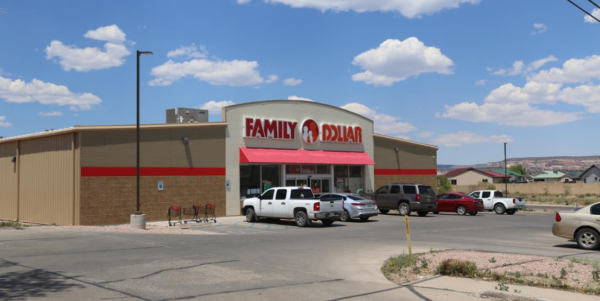 ST. MICHAELS, Ariz. — After the Navajo Nation showed its opposition late last month to Family Dollar’s application for a liquor license to sell liquor at its store on the Navajo Indian Reservation, the national discount chain withdrew its application with the Arizona Liquor Board.

The prospect of liquor faced opposition from both the executive and legislative branches of the Navajo Nation. On June 23, 2020, Navajo Nation President Jonathan Nez and Vice President Myron Lizer sent a letter to the Arizona State Liquor Board and the Apache County Board of Supervisors in which they strongly opposed Family Dollar’s notice of application to sell alcohol in their store located on fee land in the community of St. Michaels, Ariz.

“Our Navajo people took a strong position to oppose the liquor licenses and we also had the support of Coconino County and Apache County officials as well. This collective effort resulted in the withdrawal of the liquor license applications, which posed a direct threat to the health and safety of the residents of St. Michaels, Tuba City, and the entire Navajo Nation. Our Navajo People have a long, ongoing battle with alcohol and the devastation that alcoholism causes to our families and communities. Consumption of alcohol has contributed to increased incidence of domestic violence and other criminal activity, motor vehicle fatalities, and deaths caused by exposure to extreme weather conditions,” President Nez said.

“The Navajo people appreciate the business owner’s willingness to withdraw their application to sell liquor. Navajo communities prevailed, but how many times do we have to tell them no? They should get better acquainted with the people who make their business and know that it is not acceptable to sell liquor in close premises to the neighborhoods and near the capital of the Navajo Nation,” Jennifer Denetdale, chair of the Navajo Nation Human Rights Commission, said in a press release.

“It is important for Navajo citizens to know that when businesses seek liquor licenses, only people that live or own businesses within a one-mile radius of the store have a say in the process. When a place is designated to sell liquor, it is very difficult to change the status. Arizona liquor department is not in the business to close liquor stores, except when the store violates the liquor laws,” said Leonard Gorman, the executive director of the Navajo Nation Human Rights Commission.