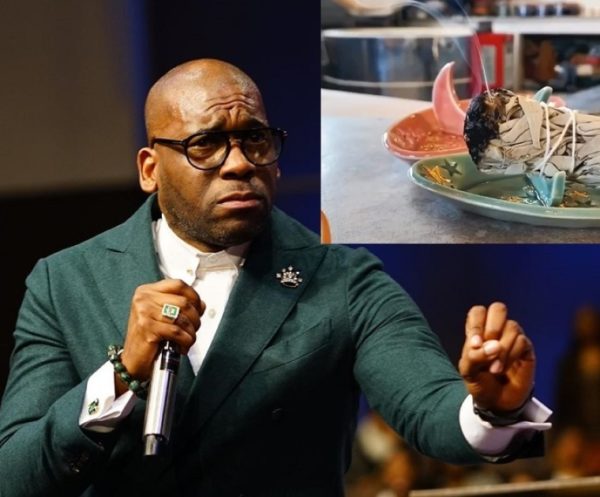 STONECREST, Ga. — After receiving sage for a housewarming gift from two women parishioners, Rev. Jamal Bryant, a Georgia Baptist pastor, says he didn’t know what to do with it. So, he did some research and concluded that burning sage is “witchcraft” and “satanic aromatherapy.”

The Christian Post reported “after researching the practice...Bryant has concluded that it is a demonic New Age practice that Christians shouldn’t be involved with.”

Bryant also referenced the burning of sage by Native Americans for smudging.

“Another word for burning sage is smudging. The thought of the Native Americans is that certain herbs carry spirits in them … and when you burn certain herbs you’re calling on those spirits to dispel evil or vexing spirits or energies from a space, from an object or person. And so it is their contention that when I am burning sage, I am then calling down a spirit or calling up a spirit to then wrestle with that energy that’s in a room, that’s in a car or in a person,” Bryant said to the Christian Post.

Both professors disagreed with Bryant.

“Smudging is a traditional ancestral practice that deeply honors the land,” Riley Mukavetz told Native News Online. “Indigenous belief systems are about honoring the land and healing ourselves. We know our medicines are sacred.

“Smudging is the quite opposite of what this preacher is implying—that it is somehow evil or satanic,” Reinhardt said. “From our perspective, it is countering that idea because our people have been afflicted by the colonization of our spirituality for a long time. So when they make it a dichotomous religious perspective and throw that at us and try to make our traditions evil, it is really in response to this colonization of the mind, so what we are doing is cleansing ourselves from that. It is really the opposite of what this preacher is talking about.”