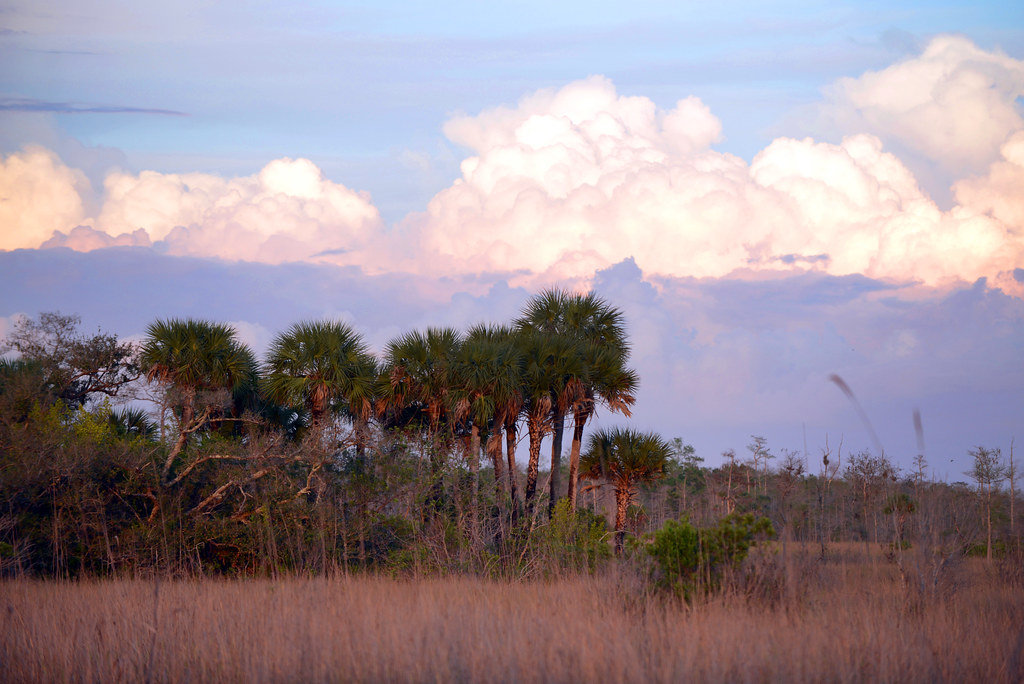 Valholly Frank is 18 years old. She grew up in South Florida, spending her time between the Big Cypress Reservation, one of the six reservations of the Seminole Tribe of Florida, and Weston in Broward County. The rising tides of water, whether from a hurricane, storm surge or king tide, surround her and her community, from Miami to the reservation. 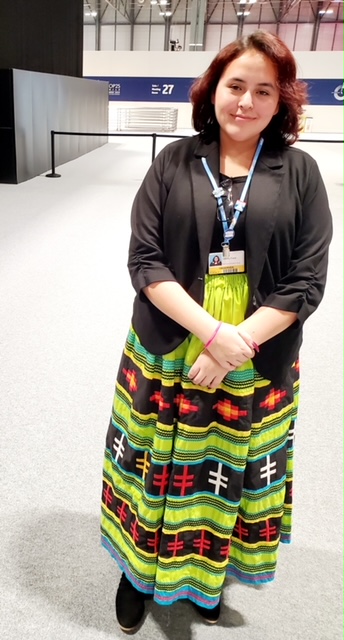 Seminole tribal citizen Valholly Frank. (Courtesy Valholly Frank)She, like many in South Florida, have watched as poor planning and policy have layered more problems on top of climate change, including impending oil drilling, and brackish water and blue green algae where once the water was fresh. Native plants and animals are moving, with some, like the manatee, in the midst of a mass die-off as a result.

When Frank was 15, she entered into a lawsuit, joining several other young people, ages 13 to 21, in suing Florida’s political leaders over their lack of action on climate change. The case names Republican Gov. Ron DeSantis, and Secretary of Agriculture and Consumer Services and 2024 gubernatorial hopeful, Democrat Nikki Fried, among other officials, as appellees. The young people are asserting their right to a healthy future is at risk in Reynolds v. Florida — “the rights to life, liberty, property, and the pursuit of happiness, which includes a stable climate system, in violation of Florida common law and the Florida constitution,” notes the lawsuit filings.

Over the course of her 18 years, Frank has witnessed worsening hurricanes and weather phenomena. “A few summers ago when we had non-stop hurricanes, it just felt like the entire summer was just one giant storm. It felt like a terrible warning of what's to come.”

On the Big Cypress Reservation, the threat is especially concerning. “It's not only my home. And it's not only everybody else's home who lives on the rez. But it's also the home to our culture. It's the home to our ceremonial grounds, our animals, the native plants, our medicines.”

Frank worries that all of this is at stake — her very culture. If the community is forced to move to a safer spot to avoid the effects of climate change, “we'd lose that big part of our culture and that big part of our history, because we no longer have that land that was always ours and that we are so proudly unconquered about,” she says.

Frank worries about the loss of her language, because not many children are being taught it, and she herself doesn’t know much of it, especially since, she says, she went “to school in town.” There were already aspects of the tribe’s culture that were dying off, and, she adds, “climate change is the final nail in the coffin, because it affects so much more than just where we can live.”

The Seminole Tribe, she notes, is known as the unconquered tribe, because they never signed “the new treaties with the United States, handing over our land or rights to them.” Members of the community live across Florida, from Hollywood to Naples and Tampa, and will come back for ceremony. “There's just a big connection with those lands,” she says. “And it means so much to the tribe, that we have that land, and the fact that our governments, state and federal can… prioritize fossil fuels and money over our survival.”

Frank likens the destruction of her homeland by climate change due to governmental complicity to genocide: “Specifically for natives all around the world, it's so much more than just losing their home. It's losing your culture and being split up from your entire community, and losing the last semblance of sovereignty that we have as people. It reminds me of how, no matter how far these governments say they go, or how much they progress, we're still at square one. It pushes towards discrimination and almost like genocide of these entire peoples and their cultures.”

More than 40 million people were displaced last year by war and climate. This year, that number is estimated to rise to 55 million.

While Frank looks to the future, Reverend Houston Cypress (Otter Clan, Miccosukee), an artist and environmentalist, tells Native News Online that the environment “is an ongoing thing.” Cypress is concerned with the current impact of blue-green algae, water flow, and a Texas-based oil company which has leased the mineral rights to drill just “five hundred meters from the federal reservation land. If anything goes wrong, there’s a leak, it will impact our territory, our cultural and archeological concerns. Overall, we’re trying to clean up the water, not bring in industry,” says Cypress.

Cypress says phosphorus from industrial agriculture comes into the water system, fueling vegetation growth in such a way that it takes over, so the land becomes forested rather than the native seagrass. Florida is currently experiencing a mass die-off of manatees due to starvation, due to the disappearance of seagrass — an essential part of their diet. 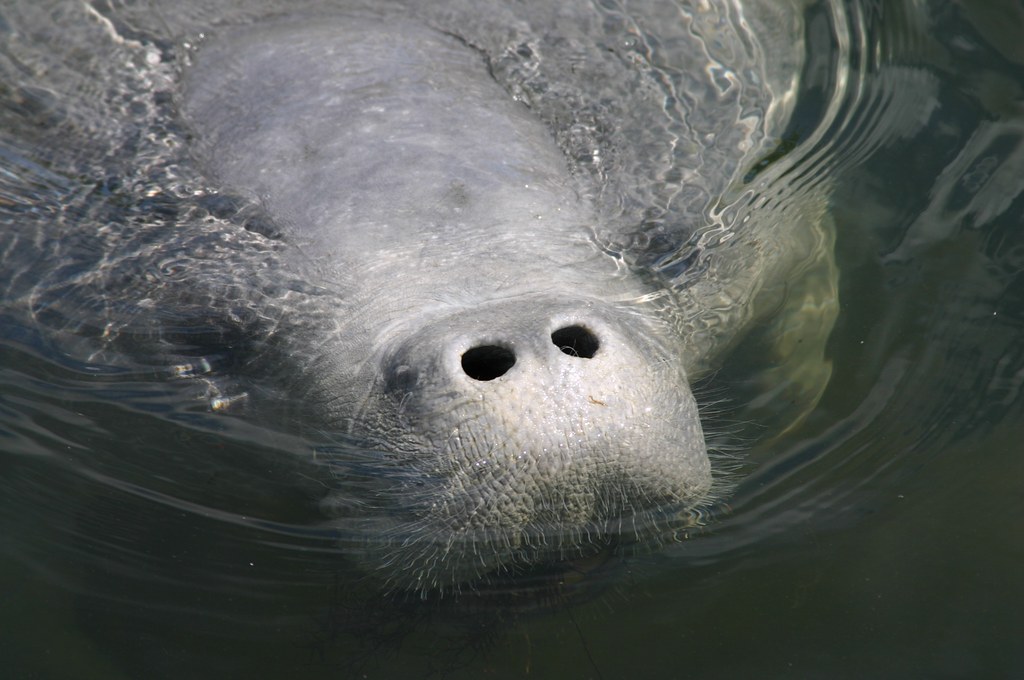 Cypress says years of working closely with the U.S. Army Corps of Engineers (USACOE) has started to pay off, and that the Corps is considering tribal needs and working with the tribes on solutions, rather than just “asking for more information.”

Cypress also points to Lake Okeechobee, the heart of a water system the USACOE tries to control. “There’s a legacy of nutrient load at the bottom in the mud,” and are fed by industrial agriculture and Florida’s communities intent on uniform, green lawns, leading to an overgrowth of toxic blue-green algae which chokes out life and is further harming the ecosystem as the Lake’s water slowly makes its way South.

Collaborations are meaningful, Cypress says, and it is important for various groups to work together when facing climate change. Meaningful collaboration is something that can come once the hurdle of consulting with the Federal government has been cleared.

Then there are concerns about the tree islands being in danger of flooding. And saltwater intrusion into the freshwater — changing the ecosystem, killing seagrass, and making water too brackish to use.

But in the face of these current and rising tides, Frank sees hope: “Our tribe is very lucky to have been unconquered, and to have the rights that we have, because so many other tribes in North America don't have that same level of strategy that we do have, because we have our own lands.” Frank points to the tribe’s casinos, and the global brand Hard Rock (which is owned by the tribe), as “a great part of our ability to thrive as a tribe.” She also notes that the Hollywood Hard Rock is threatened by climate change, too.

She lives under no illusion about the capacity of the government to at once ignore climate change and dismiss Indigenous issues.

On May 18, the First District Court of Appeal in Tallahassee affirmed a lower court’s ruling rejecting the young people’s lawsuit, that the case raised “nonjusticiable political questions,” wrote Judge Kevin J. Carroll. In other words, the matter was not one that could be determined by the court, and that the judges agreed the concerns of the young people are political in nature, rather than constitutional.

“Constitutional rights are not a political issue,” Mitchell Chester, an attorney representing the young people in the case, told Native News Online. “To say that something is political, and can't be dealt with by the courts… Where else can they go, besides the courts to protect their constitutional rights?”

Frank wants people to understand the real threat of climate change to her people. “If nothing happens, we will inevitably be displaced. And I really don't believe that the government will give Natives another piece of land. My family has been living on the Big Cypress Reservation for many years now. And I can't imagine losing that land. We can't collectively move as a community, nor will we be given the right to have a new place to stay as a community. And one of the biggest things about climate change and people being displaced and less land being available, not only will less land literally, physically be available because of sea level rise, but a lot of places will be uninhabitable because of worsening storms.”

One of the difficult components of the climate change issue, says Chester, is that consumers think “they're just supposed to reduce greenhouse gases on their own — turning off a light bulb or driving electric vehicles. (That’s) not going to solve this problem. A lot of people think if you do plastic recycling, you're addressing climate change. That's hogwash. That's not the science.”

Frank is also worried about people who lack economic resources and power in the colonial-capitalist structure of society. “Rich people will be able to buy land and homes and live in the livable areas,” and the poor people will be forced to stay in areas with dangerous conditions, she says. “It's just gonna be a more extreme version of how it is right now, how the government doesn't do anything to help... All they care about is rich people, and the companies that fund their campaigns…

Even if we could live through those storms and through these worsening events, and saltwater intrusion, and all that. We just wouldn't be able to stay because of sea level rise.”