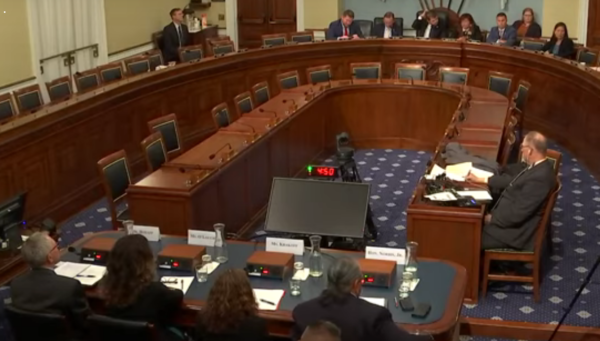 WASHINGTON — Just before Tohono O’odham Nation Chairman Ned Norris, Jr. began his Congressional testimony yesterday, he received a call with some unfortunate, though not unexpected, news: blasting had resumed on his tribe’s sacred lands to clear a path for President Trump’s border wall. 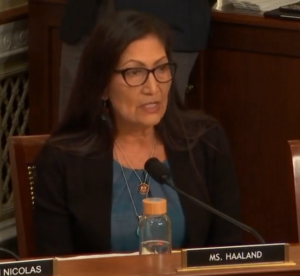 Chairman Norris was on Capitol Hill to talk about the very subject.

Norris was one of several Native American speakers testifying at an oversight hearing titled “Destroying Sacred Sites and Erasing Tribal Culture: The Trump Administration’s Construction of the Border Wall.” He told the House Natural Resources Subcommittee for Indigenous Peoples of the United States that the Trump administration’s Department of Homeland Security is using a waiver of several federal laws, which are supposed to protect Indigenous sacred sites.

Instead, contractors have continued to desecrate human graves along the route of the wall. He further testified that there has been no meaningful government-to-government consultation. He said when the blasting began several weeks ago, he was notified via a text to his telephone from a federal official.

“This disrespect for our sacred sites and their desecration at the hands of our federal government is deeply painful. These sites are not only sacred to the Nation – they are a part of our shared cultural heritage as United States citizens. As Americans, we all should be horrified that the federal government has so little respect for our religious and cultural values and does not appear to have any intention of slowing down enough to understand or avoid the harm it is causing,” Norris testified. 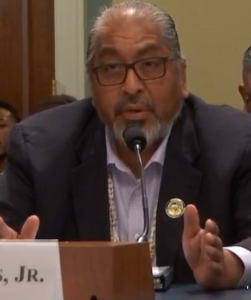 In early January, Grijalva sent a letter to Acting Secretary of Homeland Security Chad Wolf expressing concern that the agency’s failure to consult with the Tohono O’odham Nation on the construction of the wall. He has not received a response, which is one more example of the Trump administration disregarding concerns of tribal nations.

Rep. Deb Haaland (D-N.M.), one of the first two Native American women elected to Congress, delivered an impassioned statement to the sub-committee. She then questioned how Trump officials “can sleep at night” and rejected any comparison between litter, which can be cleaned up, and the permanent destruction of sacred locations and historical artifacts, “which is irreparable.”

Norris choked up when Haaland asked him how Tohono O’odham citizens reacted at the bulldozing and blasting of the human burial sites.

“It’s hard to see the blasting that you showed on the video today because I know in my heart and from what our elders have told us and what we have learned that is home to our ancestors and by blasting, it has fully disturbed and forever damaged our people,” Norris said.

The only Republican to speak at Wednesday’s hearing was Rep. Paul Gosar (R-Ariz.), who dismissed the Trump administration’s lack of tribal consultation as unimportant and pushed for continued wall construction without additional safeguards.

Shannon Keller O’Loughlin (Choctaw), executive director and attorney for the Association on American Indian Affairs said she compares tribal sacred sites to places held sacred by other Americans, such as the Jefferson Memorial, Arlington National Cemetery and even churches. 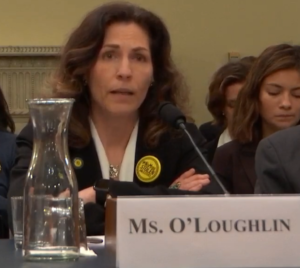 DHS declined a witness invitation to Wednesday’s hearing, but told the Committee it is working on a response to Grijalva’s letter – despite construction actions that suggest otherwise. Scott Cameron, the principal deputy assistant secretary for policy, management, and budget, testified on behalf of the Interior Department.

Rep. Jesús “Chuy” Garcia (D-Ill.) pressed Cameron on whether the administration had actually performed the necessary consultation with the Tohono O’odham before destroying Monument Hill.

Cameron said that consultation is “in the eye of the beholder” though he declined to be more specific.