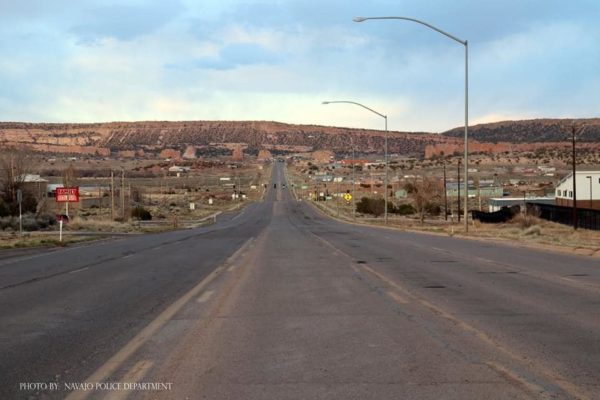 Regardless of socio-economic status, religion, race or ethnicity, the COVID-19 pandemic has disrupted the normalcy of people’s lives.

Unfortunately, a disturbing pattern has begun to emerge: While COVID-19 may not discriminate, it does cause death at a disproportionate rate among people of color.

Throughout the world, people with underlying medical conditions are most susceptible to suffer the greatest, including death, from the coronavirus. These underlying conditions include, heart disease, diabetes, kidney disease, high blood pressure and cancer.

Unfortunately, systems already in place prior to COVID-19, the single largest crisis in our lifetimes, have caused for the disproportionate deaths to occur.

It’s not just Navajo Nation that is suffering.  The deadly virus has spread quickly through certain cluster areas in New Mexico — including the Pueblo of San Felipe, Zia Pueblo and Pueblo of Zuni — that have become COVID-19 hotspots in Indian Country.

The fact COVID-19 is hitting Indian Country hard is not a surprise. For decades, health disparities American Indians and Alaska Natives communities have existed. American Indians and Alaska Natives suffer the greatest risk of death from heart disease, diabetes, kidney and liver disease than do their non-Native counterparts, according to the Indian Health Service (IHS).

The life expectancy of American Indians and Alaska Natives are 5.5 years less as compared to all other races’ populations (73.0 years to 78.5 years, respectively).

Stacy Bohlen (Sault Sainte Marie Tribe of Chippewa), executive director of the National Indian Health Board, said in a March 27, 2020 interview with the Navajo Times she does not believe IHS is prepared for coronavirus and neither is the United States as a whole.

“We need places where people can go for ICU beds, which we don’t have,” said Bohlen. “Our hospitals are 40 years old. The equipment is two times older than in any other place.”

Sadly, the results of the cracks in a broken system are unnecessary deaths, which when reported are mere numbers. However, the numbers represent human lives. The numbers are mothers, fathers, sisters, brothers, grandmothers, grandfathers, aunts and uncles.

Beyond the personal illnesses and deaths brought on by COVID-19, Indian Country faces a whole different challenge with the voluntary closure of tribal casinos and other tribal business enterprises. When the casinos closed, so did money flowing into Indian Country. While sovereign nations, tribes do not have the capability to collect taxes.

The California Indian Gaming Association (CNIGA) says voluntarily shutting down its tribal gaming facilities was the responsible decision to make, however, the decision to close resulted in tribal governments revenue streams being reduced to zero overnight, which losses come with an enormous cost to its tribal citizens and local communities where they are located, CNIGA Chairman James Siva (Morongo Band of Mission Indians) said to Native News Online last month.

No one at this point knows when tribal casinos and closed tribal business enterprises will reopen. So, as the closures continue, Indian Country will work to survive on funds provided through the CARES Act, which have limiting stipulations that at this point do not allow for relief for closed down casinos.

To Indigenous people of this land, survival has been part of our history since the arrival of the first boat loads of European immigrants arrived on our land centuries ago.

The good news is American Indians and Alaska Natives are resilient and survivors.