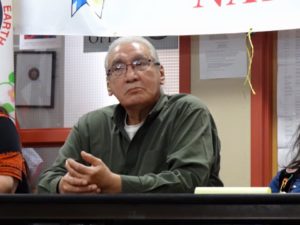 Manypenny is the father of Minnesota Lt. Governor. Peggy Flanagan, the first American Indian woman ever elected to an executive level of a state in history.

Lt. Governor Flanagan reflected on her father to MPR News:

“My dad oftentimes would say, ‘My girl, I want to burn down the system, and you want to get into the system and change it from the inside out,’” Flanagan said. “That’s a pretty good summary of how my dad operated and how I operate.”