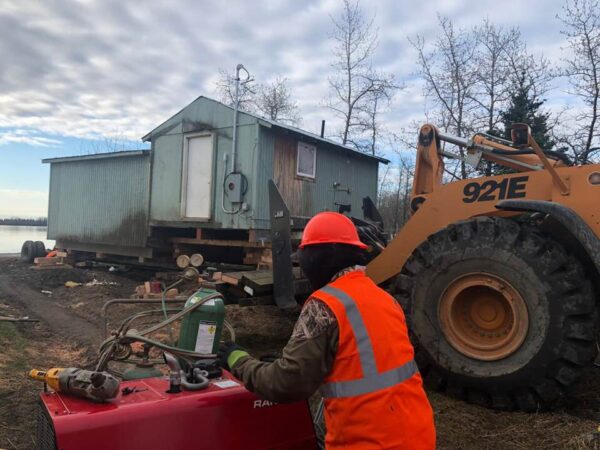 Williams is leading his nation’s fight to mitigate the spread of the coronavirus into the tribe’s village, located 30 miles from Bethel in southwestern Alaska.

He’s also trying to keep several houses on the Yupitt Nation from sinking into the Kuskokwim River, the second largest river in Alaska.

“We are in a battle here with a severe erosion problem,” Williams said to Native News Online on Friday.  Between 30 and 40 feet of the riverbank has been lost due to erosion along a stretch of the Kuskokwim that runs through the native village.

This week, the tribe moved one house so that it did not sink into the river. Another house is being moved today,  Four more will be moved as soon as feasible, Williams said.

It’s a bit of a logistical nightmare right now. Due to the wetness of the ground near the houses, the heavy equipment required to move the structures was unable to move them without sinking into the muddy soft ground.

According to Williams, the erosion problem is man-made and goes back decades to a time when the U.S. Army Special Forces, known as the Green Berets, blasted parts of the river that changed the natural flow of the Kuskokwim River.

Two years ago, Akiak lost 100 feet of its riverbank.

“Alaska is ground zero for climate change,” Williams said. “So much of what we are dealing with in Alaska are man-made problems. When you mess around with nature, it will affect the hydrology of the river.”

Last year, Williams said his tribal nation attempted to reinforce some of the weak spots with sandbags. He said the U.S. Army Corps of Engineers needs to bring in some gravel to change the flow of the river away from Akiak. 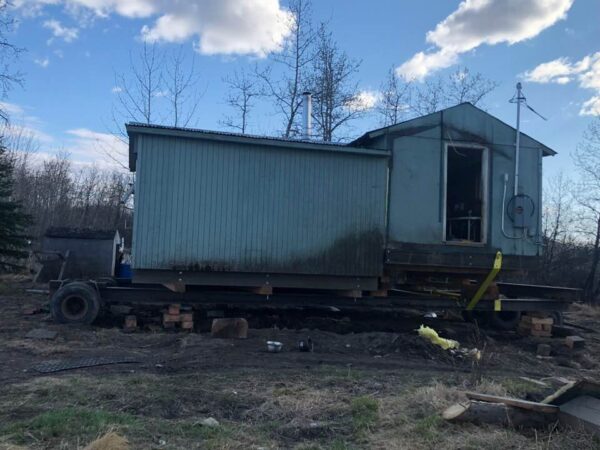 In order to save the community and safeguard houses, the work needs to be done before the summer arrives, Williams said.  He estimates the price tag to fix it will be around $80 million, adding: “We are hoping we can get state and federal funding to save it.”

On the other battlefront — the novel coronavirus — Williams says his tribal council acted early to prevent the spread of the deadly virus by issuing a stay-at-home order. His tribal citizens were able to go to medical appointments and to buy essential items. He says his community has done a good job of following the order.

“Similar to how our relatives in South Dakota are doing, we had our tribal police monitor people coming and out of Akiak,” Williams said. So far the Yupiit Nation has not had any case of positive-tested cases of COVID-19.

Williams says there are those in his community who heard stories passed down from grandparents of the devastation Alaska villages experienced in the 1918 flu pandemic that lasted for about two years. He said people are scared it could happen again.